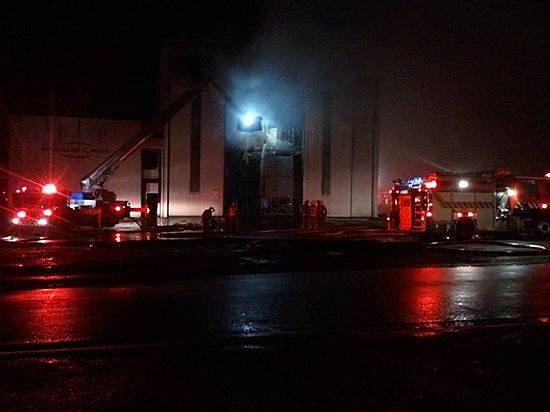 Star Fish is McMullen & Wing’s largest project to date. As a completed vessel, Star Fish would have a completed value in excess of NZ$50 million. Damage to Star Fish is very extensive. The yard’s largest construction hall has also sustained fire damage to roof and walls. Determining the full extent of the damage and what that represents to the project will be the focus of the next several weeks. A full investigation will be undertaken to determine the cause of the fire, which at this stage is unknown.

McMullen & Wing’s workshops, office space and other four construction halls were spared by the fire and remain fully operational. The company has a refit project for a commercial aquaculture vessel underway in another construction hall, which was also unaffected.

McMullen & Wing Managing Director David Porter speaks of the sense of loss which will be felt by everyone involved in the project. “This is a devastating blow to everyone - our staff, the owner of the yacht and his team, the huge range of suppliers to the project. Everyone has invested so much energy and love into this project over a long period of time. “Custom yacht building takes a long time and it’s when you reach these finishing stages and you see the whole yacht coming together that we are reminded of the full beauty of these yachts. The energy and excitement of the whole team as this enormous work of art and craftsmanship takes form is very special. “To see it all go up in flames at such a late stage is absolutely heart breaking to us all. “Whilst we’re all very thankful that no-one was hurt in the fire, it leaves many of us in a daze. It’s naturally a time of great uncertainty for everyone in the short term as we grapple with the many issues this raises. Commercial Manager Michael Eaglen has been receiving calls and messages of support all morning from past clients, suppliers and industry from all over the world: “It’s a great comfort to us all to feel the support of our friends, clients, suppliers and fellow yacht builders, both in New Zealand and around the world. We are a very close industry and it’s at times like these that we feel the strength of the relationships forged over so many years. Thank you to everyone for your thoughts and words of support.”