According to local news sources, the 38.10 metre Chistensen superyacht SunChaser was destroyed by a fire during refit work, being carried out at the shipyard Boustead Yachts in Langkawi (BYL) in Bukit Malut. 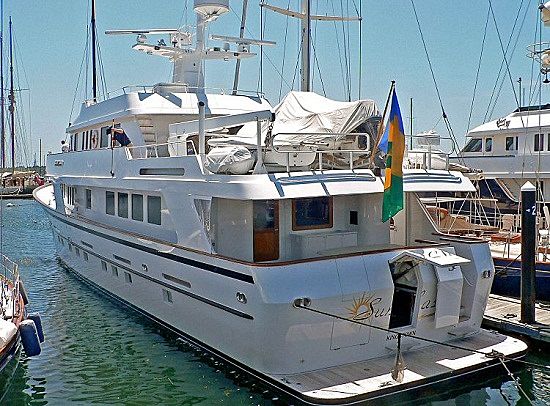 53 Firefighters were on site after an emergency call came in at around 8 pm on the 11th of October. The firefighters worked hard to prevent the fire from spreading to nearby vessels..

First reports claim the fire started near the stern of the vessel, in or near the engineroom. No casualties were reported.