Arcadia Yachts is currently constructing hull number 1 of the new Arcadia 100 model. The yacht is currently 30% complete and once launched in June 2016, will be delivered to her Italian owner. 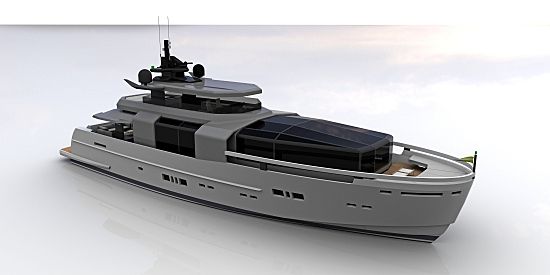 Keeping to her larger sister’s family-style living, the Arcadia 115, the new 100’ model will also feature a large volume to length ratio with a gross tonnage just shy of the 300GT mark. A social and carefree environment is created on board through uncluttered guest areas that are linked to exterior decks through seemingly endless panels of full height windows and wide sliding doors. 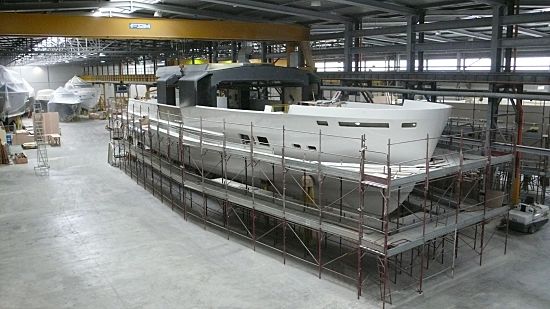 A unique feature to the new 100 model is her new concept flybridge that is convertible into a sheltered deck protected by side windows that can easily be raised electrically to join with the hard top, as one would raise a car window. This option allows the deck to be used as guests would wish, be it as en enclosed air-conditioned space during extreme weather conditions or as an open and airy environment in fair weather. 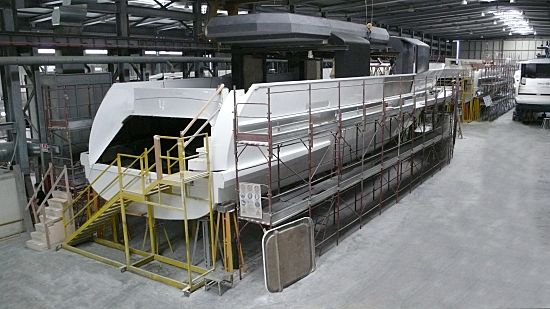 The yacht’s Francesco Guida interior is still to be approved by the owner but her five cabin layout has already been deciding on. The owner’s suite forward on main deck will have a forward facing bed placed in the centre of the cabin. A private opening leads directly out onto the foredeck. A further two VIP and two guest cabins is located on the lower deck.

The second hull is currently being built on spec and is expected to be finished laminated before the end of the year.