Sanlorenzo Asia Division at Simpson Marine has announced the delivery of the first Sanlorenzo SX88 to be sold to an Asian client: SX88/23. Currently cruising the Italian Riviera, she is expected to arrive in Singapore later this year. 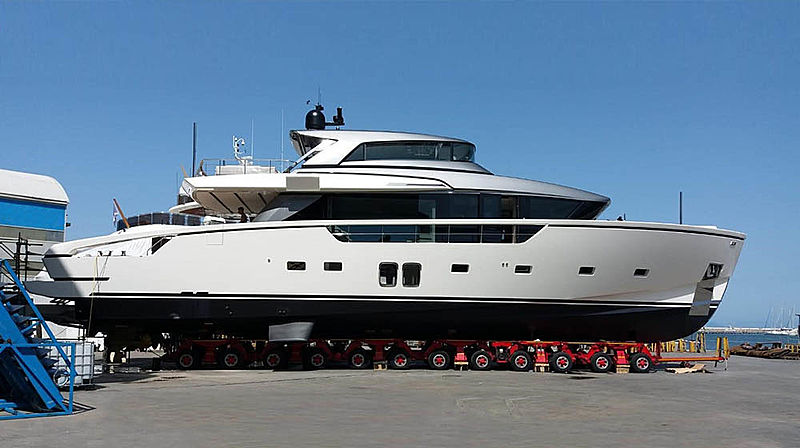 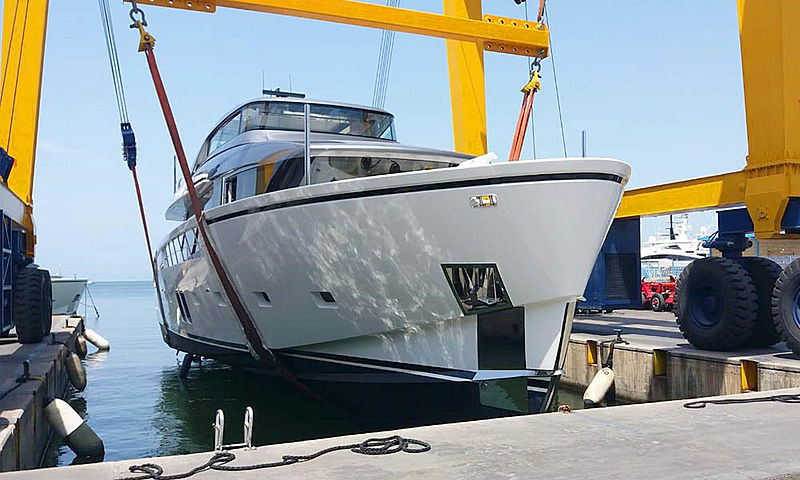 Photo: Simpson MarineFirst introduced in 2017 at the Cannes International Yachting Festival, the 27-metre model is described by Sanlorenzo as a ‘social’ cross-over motor yacht and is aimed at the younger generation. The ‘cross-over’ element comes from the combination of a classic flybridge motor yacht and an Explorer vessel. 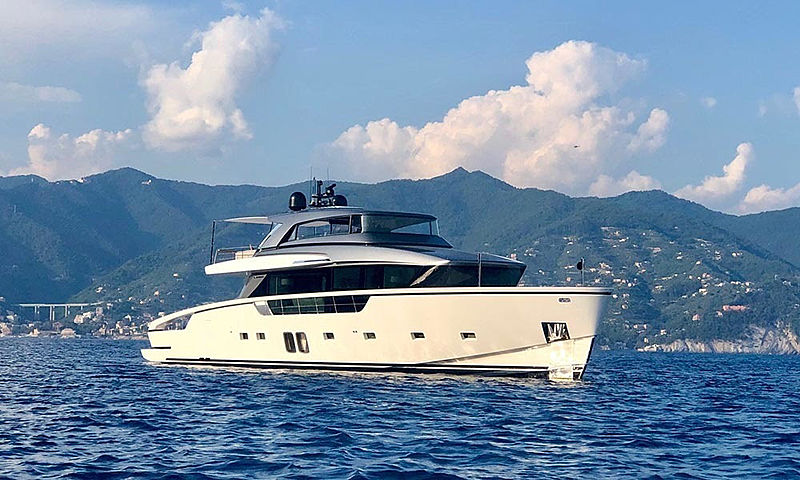 Photo: Simpson MarineAmong the SX88 motor yacht’s assets are large glass windows which mark out the superstructure and wide, open spaces. The absence of a helm allows for the fore area of the main deck to be arranged to suit the owner’s requirements, either as an owner’s cabin or as a multi-functional open space. The aft area of the main deck is graced by luxurious sofas, coffee tables and armchairs. 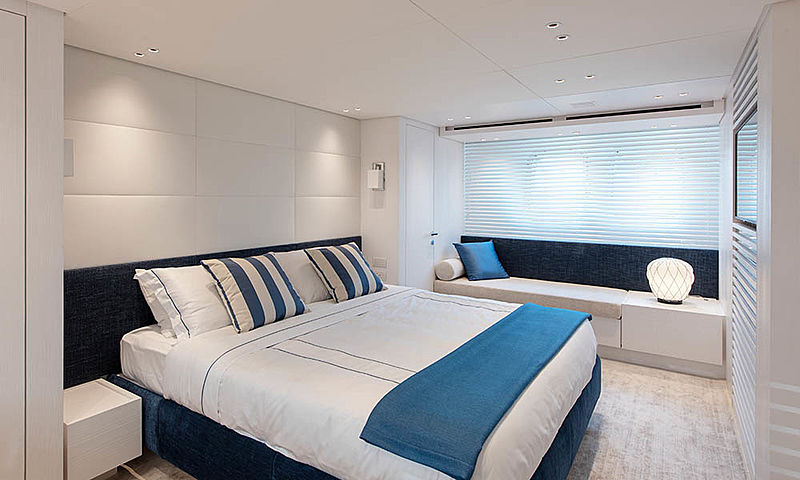 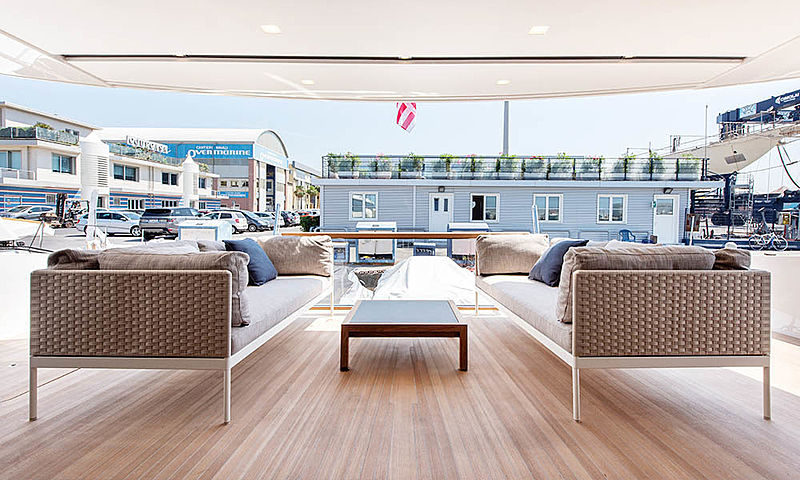 Photo: Simpson MarineJust five steps below the main deck is the vessel’s beach club area, which can accommodate a 4.5-metre tender, a jet-ski, a wakeboard and other toys to make the most of life on the water. When the toys are in use, the SX88’s wide stern area offers 30 square metres of beach club space. 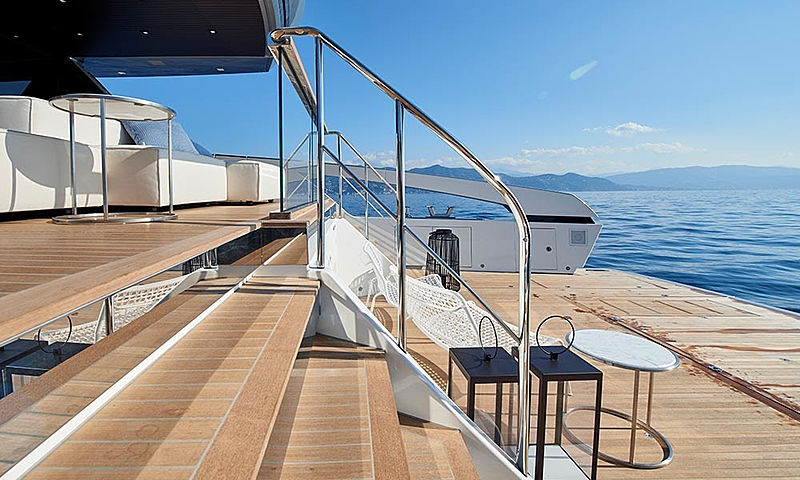 Photo: Simpson MarineThis motor yacht has an in-house interior design inspired by Greek islands, with white-washed wood and oak flooring alongside accents of blue and cream. In terms of accommodation, she has a master stateroom as well as a double and two twin staterooms below decks. 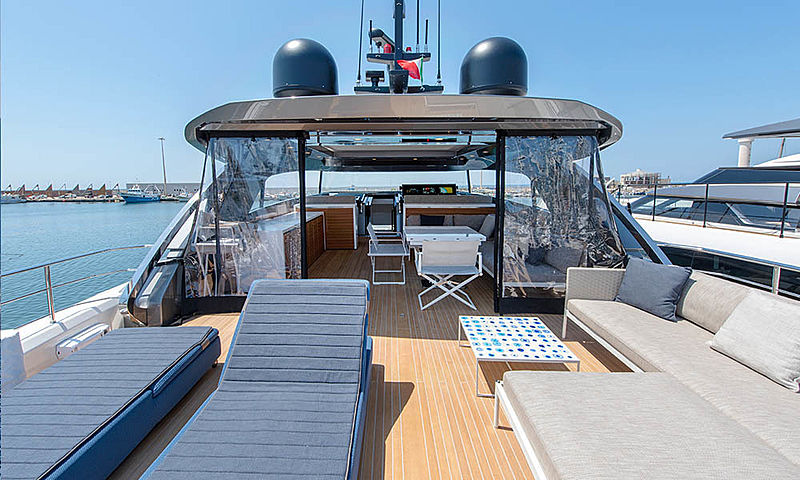 Photo: Simpson MarineSustainability has been key in this 27-metre yacht. Its construction process has been based on eco-friendly procedures and materials developed by Sanlorenzo, and the SX88 can use all systems on board for four to eight hours with zero emissions thanks to its eco-friendly setup including high power lithium batteries, new lighting technologies, energy management systems and efficient thermal insulation and window glass. Thanks to these features, the SX88 has been awarded by Rina with the Green Class certification.