Baglietto launched the first 19.50-metre motor yacht in its MV line of fast craft earlier this week. The MV19, named Ridoc, is an evolution of the established Italian brand’s MV13 model which was launched in 2015. 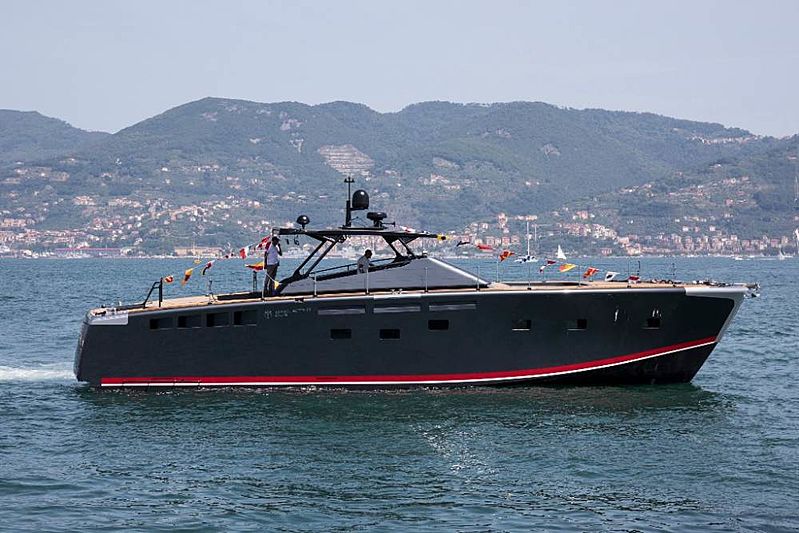 The yacht’s aggressive and purposeful exterior is the work of designer Francesco Paszkowski who drew inspiration from the first and second world war’s MAS armed motor boats used in the Royal Italian Navy at the time. Ridoc’s metallic dark grey paint finish adds an extra touch of power and masculinity to her well-defined features. 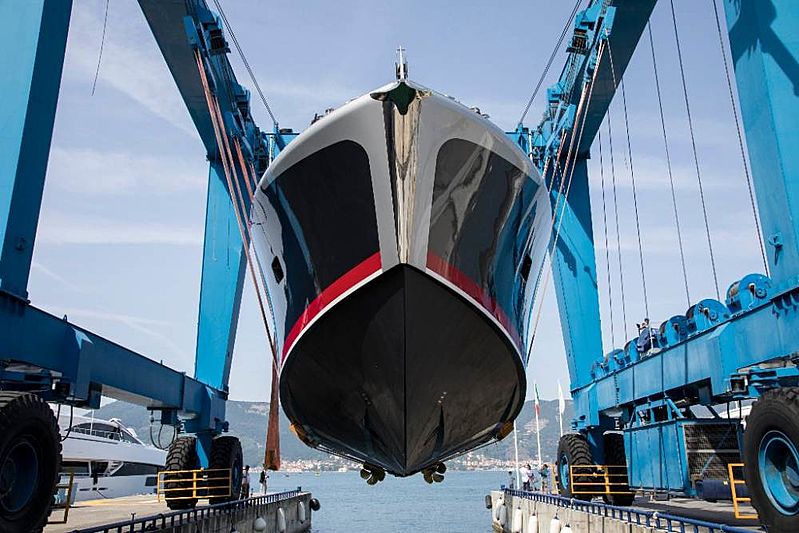 Inside, Ridoc has three cabins consisting of a master suite and an additional two guest cabins aft. A dining area and well-equipped galley separate the two areas. A cabin for Ridoc’s captain has also been incorporated into the layout. The interior design, created in cooperation with architect Margherita Casprini, focuses on the in-depth exploration of materials and finishes to combine a retro allure with contemporary comfort demands. 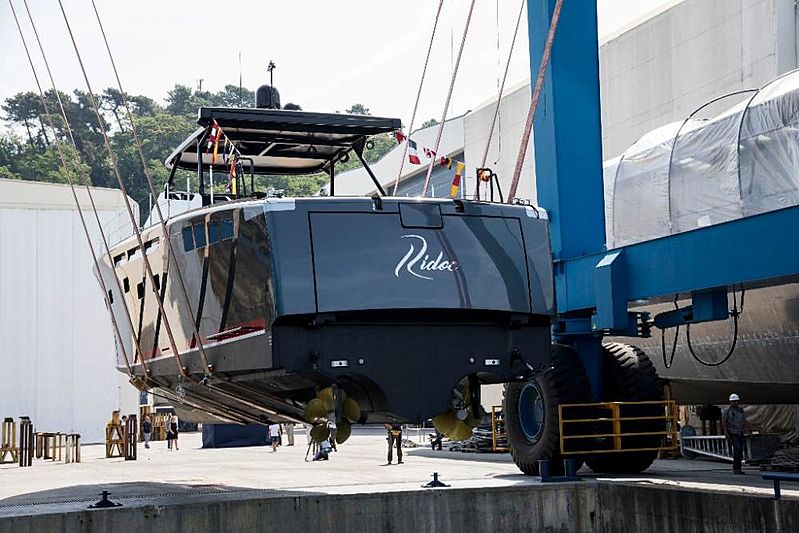 On deck is an open steering cockpit with a large outdoor dining area and bar along with several sun-lounging spots around the deck. Fitted with twin MAN V12 1800hp engines, Ridoc can reach a whopping 40 knots at full power.

Ridoc will be presented for the first time at the Cannes Yachting Festival later this year after her first summer cruising around the Mediterranean.