It was in the Yacht Club de Monaco lounge, at a conference attended by many leading figures, that Sergei Dobroserdov, CEO of Solar 1, alongside His Excellency Bernard Fautrier, Vice-President of Fondation Albert II, Dr. Marco Casiraghi and Bernard d’Alessandri, Secretary General of the Yacht Club de Monaco, unveiled an outline of what to expect from the first edition of the Solar1 Monte-Carlo Cup that takes place 10th to 12th July 2014. 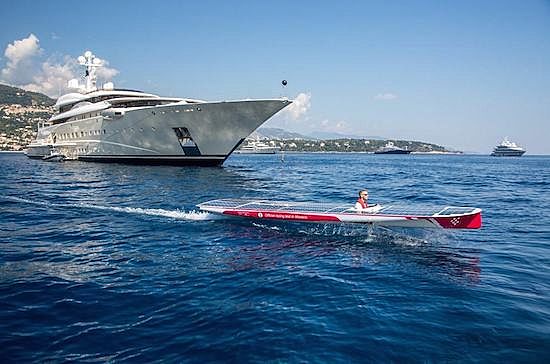 Held barely a month after the inauguration of the YCM’s new building (20th June 2014), the Solar1 Monte-Carlo Cup is set to be one of the highlights on this summer’s nautical calendar.

An experienced navigator, Prince Albert 1st led the way in sailing for pleasure and was a pioneer of modern oceanography. Keen for his country to be a showcase for yachting and technical innovation, he organised the first regattas in 1862. From 1904, the world’s big industrialists flocked to Monaco to present the latest developments in combustion engine technology to an international clientele at an annual powerboat meeting. Within a few years, Monaco had become a global centre for innovation and fashionable water sports. This love of boats was shared by Prince Rainier III, the ‘Builder Prince’ who in 1959 encouraged Carlo Riva to build the first dry dock and to launch floating pontoons; and four decades later installed Port Hercule’s semi-floating harbour wall, a technological feat that is still without equal. These three major innovative projects have contributed to developing an economy that is firmly focused on the sea.

Just as Prince Albert Ist introduced the first ever powerboat races, Prince Albert II, President of the Yacht Club de Monaco, will host the next generation of revolutionary boat races - 100 years after the last ‘Grand Monaco’ meeting took place. “It is up to us to show creativity, initiative and drive to develop new projects, like the Solar1 Monte-Carlo Cup”. 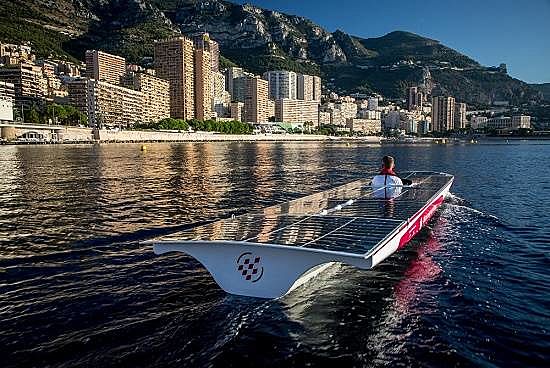 Solar powered boats from all over the world are set to battle it out over two days in the first truly ‘green’ solar boat world championship. Developed by universities all over the world and driven by young students, this race is destined to be a future facing sport; it promises to deliver a fantastic display of skill and endurance - using boats powered purely by the sun. Slalom, Fleet and the most exciting One on One races will take place in front of Port Hercules and in Larvotto Bay. It will be a fantastic spectacle round courses based on those proposed at the beginning of the last century.

“The solar power industry is expanding at such a rapid pace that it was crying out for an event of equal magnitude to unite and represent its stakeholders. Not only do Solar boat enthusiasts have an unrivalled opportunity to display their engineering talents but the exciting thing is that they can also compete equally well with both the vertically integrated energy companies and ambitious young students”, says Sergei Dobroserdov, CEO of Solar1. “As a location Monaco can undoubtedly deliver thrilling and exciting sporting events. But its commitment to sustainable development and projects aiming to protect the environment mean it is the perfect fit for Solar 1 races”.

The clean technologies involved in solar-powered boats have a positive impact by helping to protect the sea. With the environment at its core, The Solar1 race perfectly complements Monaco’s ecological values.

The Yacht Club de Monaco is renowned for its internationally recognised events. Racing is in its DNA and although steeped in history, Monaco’s legacy has never stopped it looking to the future. The stunning new Norman Foster designed clubhouse is symbolic of this and its unveiling next summer is testimony to Monaco’s commitment to moving with the times. 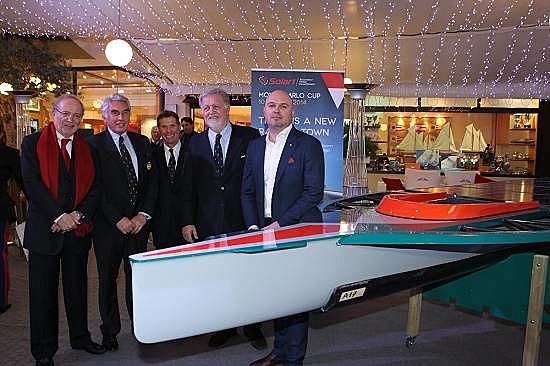 “With its new building, the Yacht Club de Monaco is set to become the hub for all nautical activities in Monaco, so an event like this will be a great addition to our existing calendar of events. One hundred years on and history is repeating itself! It’s a very exciting project as it involves a major shift and a very practical innovation to take the yachting industry forward, something Monaco has always been aware of in order to support Yachting evolution. I am thrilled that it will attract many young people to Monaco from all over the world, as this new generation is clearly very involved and concerned about technical advances that will help safeguard our planet,” says Bernard d’Alessandri, (General Secretary of the Yacht Club de Monaco).

While this is not the first solar race to take place worldwide, it will be the first time many will race in the open waters of the Mediterranean. Marnix Hoekstra, Director of Solar 1’s technical partner Vripack, witnessed the solar boat take to the waters of Monaco for the first time during the race trials. “It is incredible to see these boats fly across the water”, he says. “We organised sea trials in Monaco in August that left us in no doubt that solar boats are capable and seaworthy enough for tough races! Understanding how they work is all part of the education process which we aim to integrate into this event.”

Solar 1, together with the Yacht Club de Monaco, will host three days of events 10 - 12 July which so far include:

Further events will be announced in due course that will complete a fun weekend full of innovation, technology and education.