Ferretti Yachts has launched its very first hull of the new Ferretti 92 line this week. The flybridge motor yacht is designed in partnership with Zuccon International Project. The second unit will be launched within the coming months, which will be transported to the States where she will be unveiled during the Yachts Miami Beach Show in February 2018. 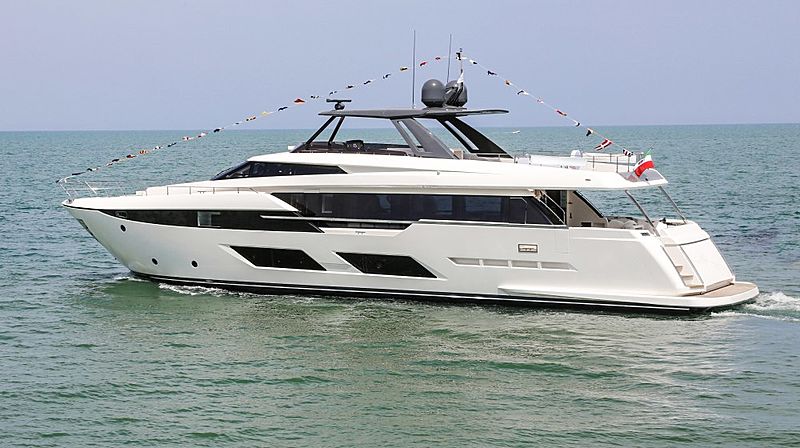 The first unit us built with a four-cabin layout with space four up to ten guests. The hull shape takes on a wide-body form that is designed to provide extra space in the forward part of the yacht where the owner’s suite is located. Hull number one will make an appearance during a private viewing in Monaco in September and will be unveiled to the industry during the Cannes Yachting Festival a few days after that.

“Like our other yachts, we are sure that this new model will attract a great deal of interest in Europe and the United States, where it will be presented in the coming months and help to get a landmark year for the brand underway,” said Stefano de Vivo, COO of the Ferretti Group.