The Wider shipyard has recently released the following photographs and video of the recently launched Wider 150’ vessel Genesi. Currently undertaking sea trials, at 45 metres Genesi is the largest superyacht to come out of the Italian shipyard to date, and features naval architecture and exterior design from Fulvio de Simoni.

After successfully completing several tests, attention has now shifted to the testing of her lithium polymer battery banks that make up the heart of the superyacht’s power system. The batteries, supplied by EST technologies in Holland, are the latest development in LiPo (lithium polymer) batteries with a total capacity of 544 kWh. 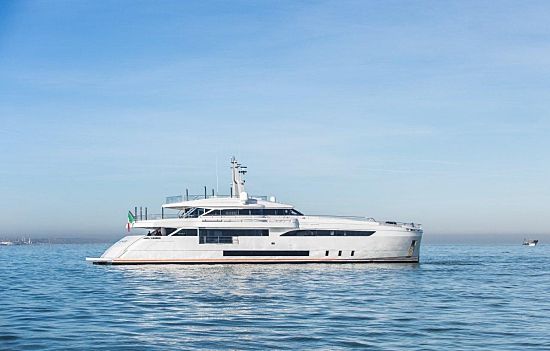 This powerful energy source is more than sufficient to supply the entire hotel system on board as well as the propulsion in what is referred to as ZEM, short for Zero Emission Mode. This fact was exhaustively tested over the last few days, as she was run exclusively on her batteries in sea trials off the coast of Ancona. 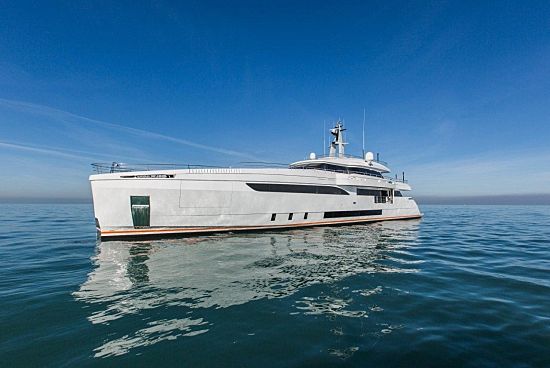 “The battery tests were a great success” comments Wider founder and CEO, Tilli Antonelli. “The yacht ran comfortably at five knots in ZEM consuming no fuel whatsoever… but the most remarkable and memorable aspect was that she ran in total silence.” 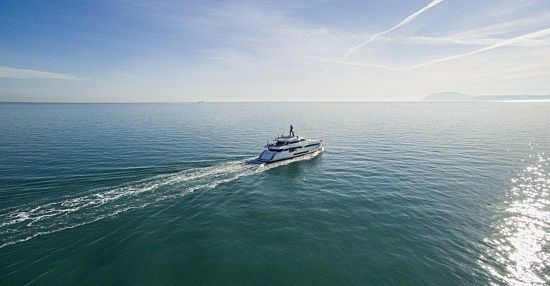 Genesi is currently for sale at an asking price of €26,000,000. Once her sea trials have been completed, she will be presented to the public at several events.