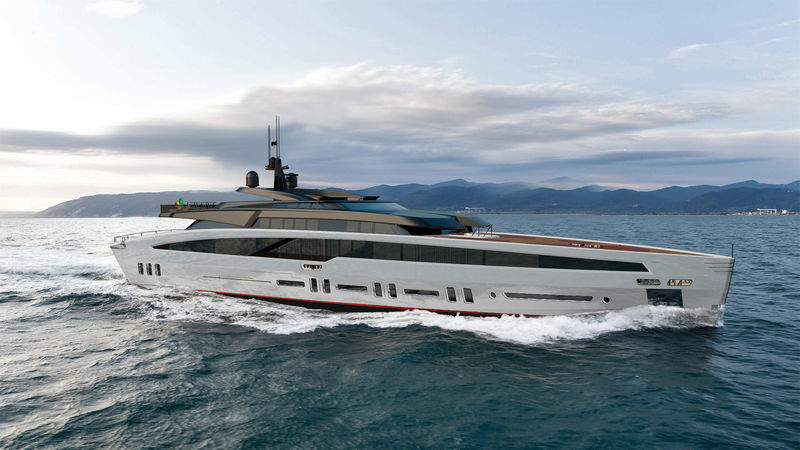 Photo: GR Design HouseDesigned to travel across oceans, project Bandida’s concept is based off a traditional raised pilothouse design, which helps create an illusion of more space inside her main saloon. She features a main deck master suite with a foldout balcony, four lower guest cabins, a large beach club and a tender garage which will house a custom 6.5m tender. 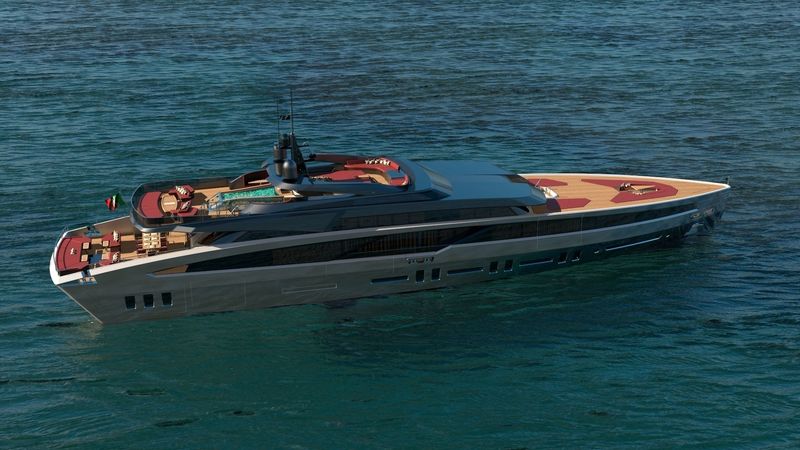 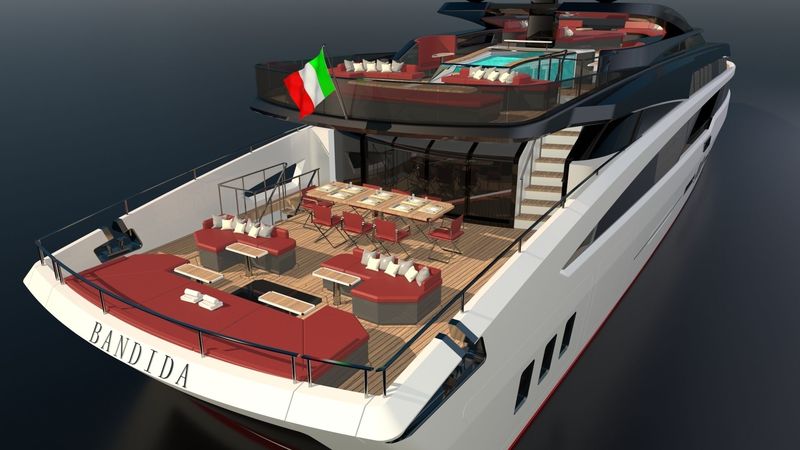 Photo: GR Design HouseDeveloped by two seasoned yachties to offer guests plenty of room to socialise and enjoy activities on the open water, project Bandida can accommodate up to 12 guests in six cabins, in addition to eight crew members. 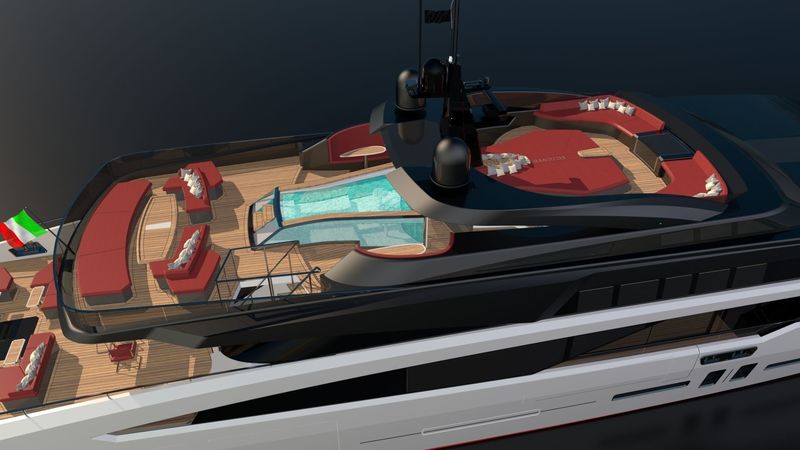 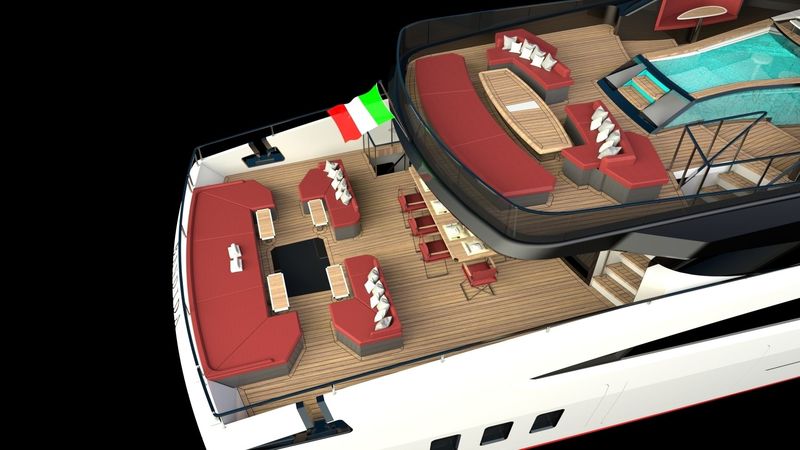 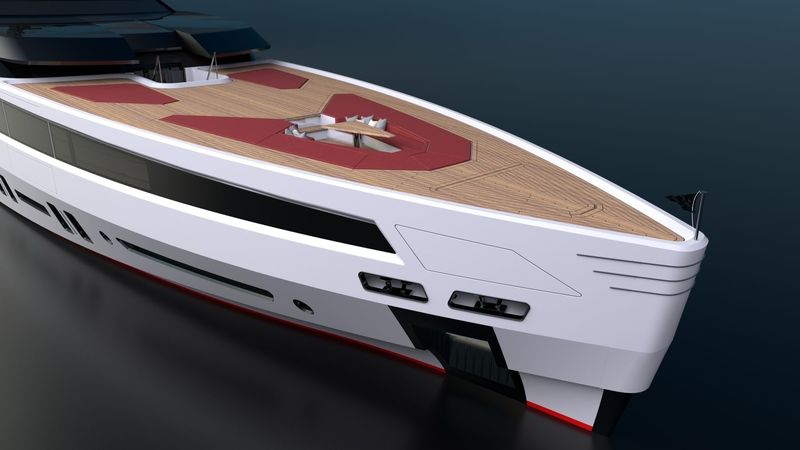 Photo: GR Design HouseOne of project Bandida’s main features is the flush bow, which houses two large aft sunpads for sunbathing. She also houses a large swimming pool on the flybridge, which is surrounded by a towering arch complete with a waterfall and a central bar that is open to all four side of the fly. 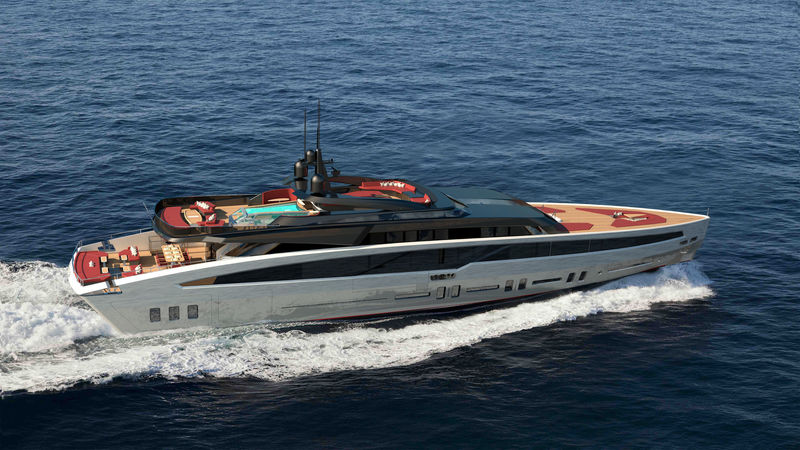 Photo: GR Design House“We want this yacht to appeal to all types of yachtsman, the family-oriented type all the way to the ultimate party going type,” commented Franco Gianni. “The yacht will be a great charter yacht based on the fact that she is so versatile.”  Powered by twin Caterpillar C 32 Acert diesel engines, she will have a cruising speed of 16 knots and a max of 18 knots with a max range of 5000 nm.

First ocean-going solar yacht design to be unveiled at Cannes