Otam yacht builders in Liguria, Italy, have just announced their new 35-metre motor yacht range, the Otam Custom Range 115, set to be, “one of the fastest alloy yachts on the water, capable of reaching 44 knots”. 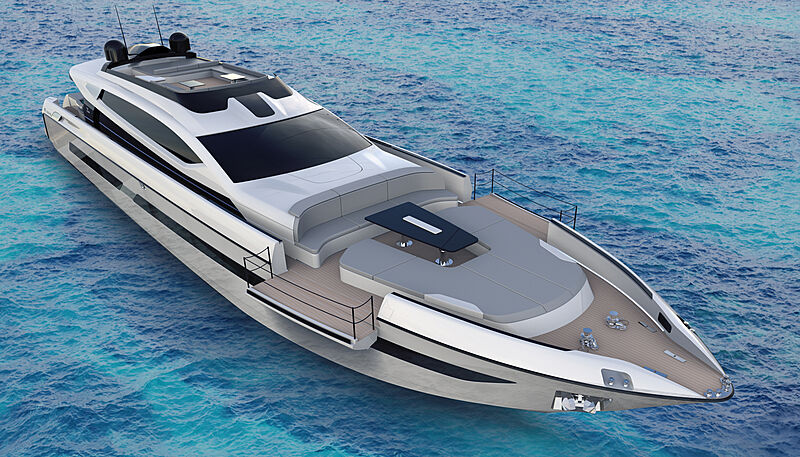 The exterior design of Otam’s new range has been designed by BG Design Firm, the same studio behind the recent Otam 70 HT. The lines of the motor yacht have taken inspiration from the aeronautical and automotive industries, with design details such as chromed ventilation vents at the transom and air inlet at the top of the hardtop.

Otam sales director Matteo Belardinelli commented, “The philosophy behind the Otam Aluminium Custom Range is that it is fully bespoke and aimed at clients who don’t just want a boat – they want to build their ideal project”. Adding, “Over 30-metres we build in aluminium rather than advanced composites because it provides much more flexibility to personalise the yacht in every way, from the exterior aesthetics and interior layout to the propulsion specifications.” 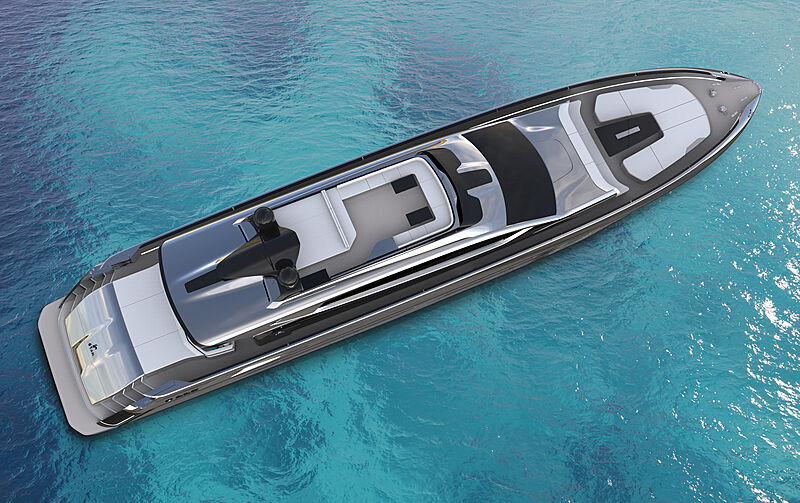 The design of the hull has been developed by Umberto Tagliavini Marine Design, who have focused their attention on providing a high-speed and seaworthy vessel. They have used EFM (Extensive Finite Element) analysis, to ensure that the rigidity of the hull will not be prone to flexing or twisting while under extreme pressure. 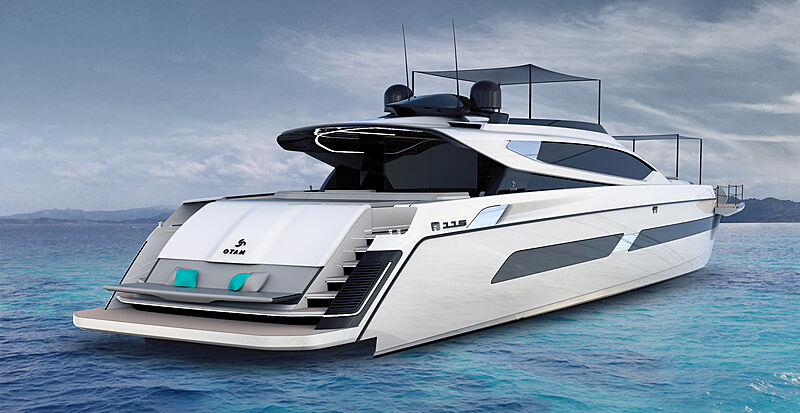 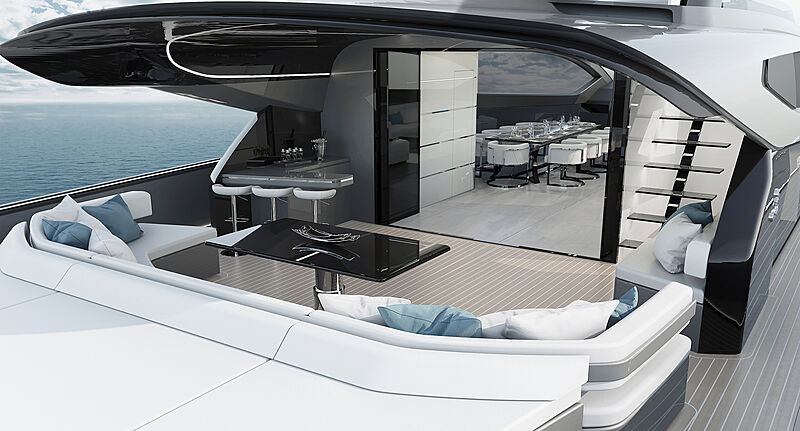 Clients will be given the choice between a three engine configuration consisting of MTU 2600 horsepower engines with a KaMeWa waterjet central booster providing top speeds of up to 44 knots, or twin MTU engines with a top speed of 35 knots. 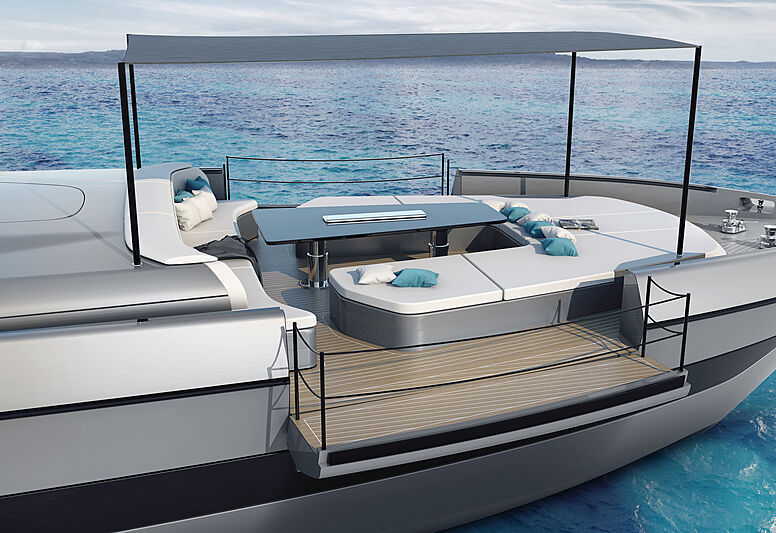 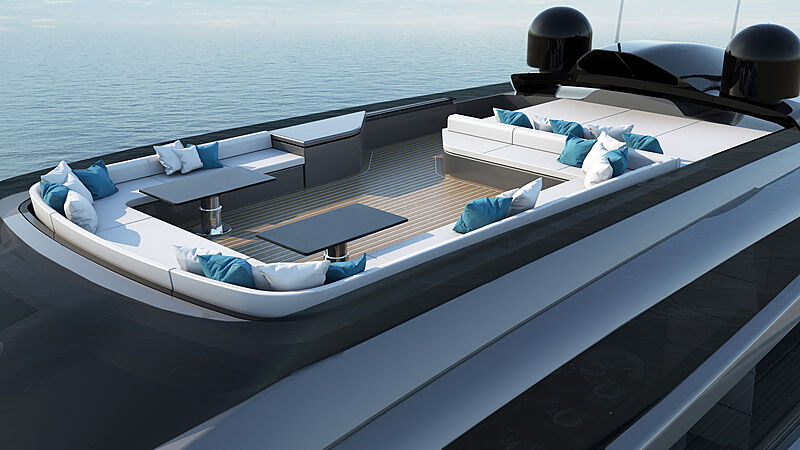 In addition to technical customisation, clients will be able to determine a number of stylistic elements of their vessel, such as the interior layout and even details of the deck organisation. The vessel will however, have a standard four stateroom layout, with an open plan saloon and dining area to the aft of the wheelhouse. Two staterooms with en-suites will be situated on the lower deck, including a full-beam master suite amidships, as well as a gym, spa and pantry. 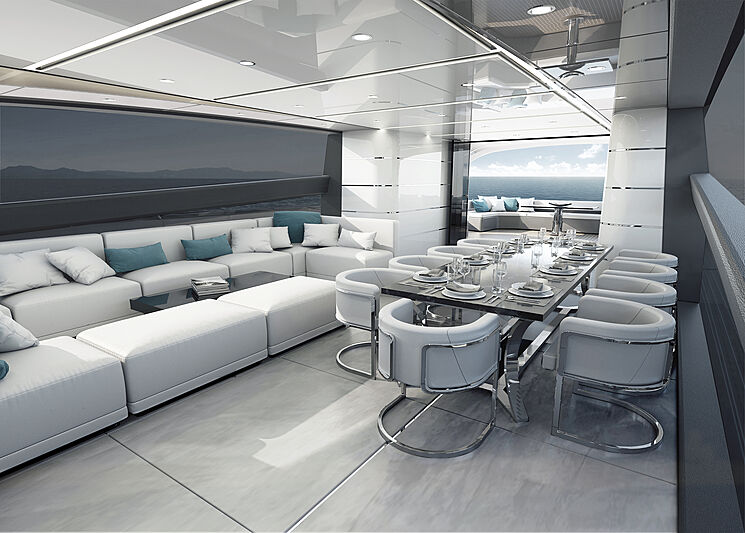 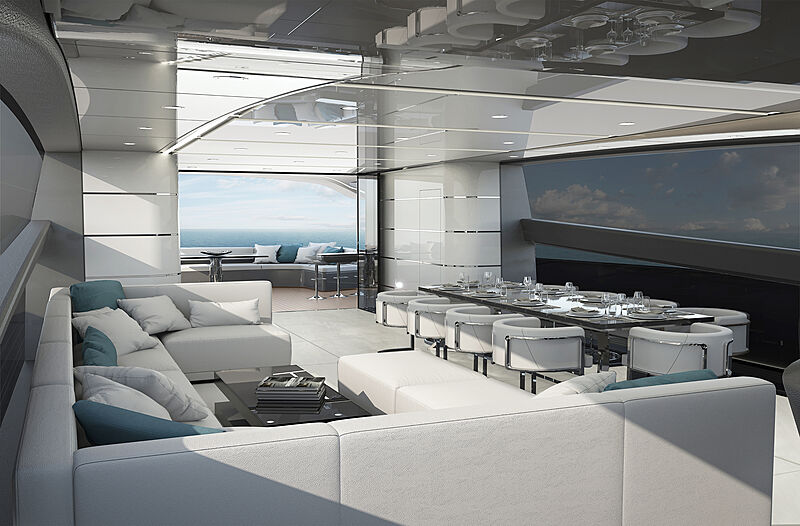 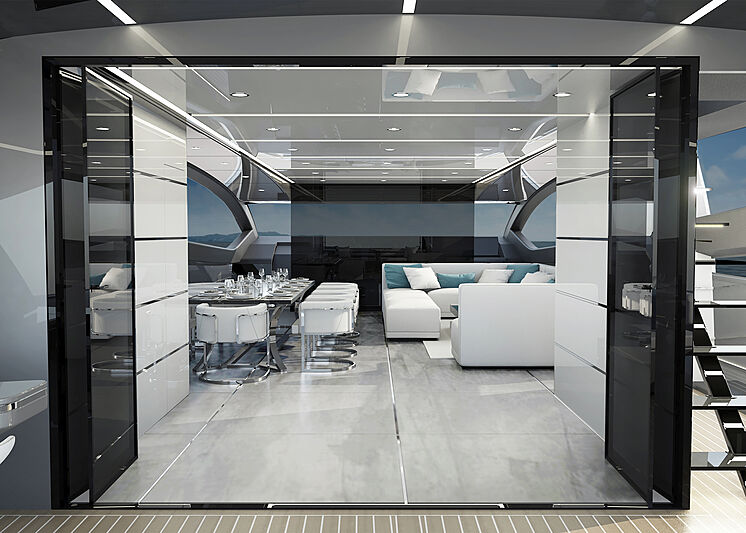 In addition to an array of toys, the Otam Custom Range 115 will carry a 4.2-metre tender and a Jet Ski. 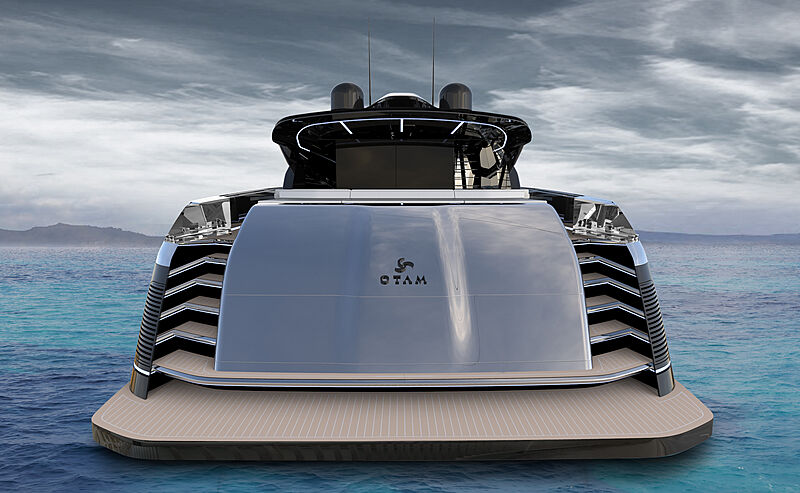