Making her debut at this year’s Cannes Yachting Festival, the 38.10 metre Iron Man was Benetti’s shining star at the event following her launch in June this year. The yacht went under the microscope after the event and we can now reveal some of the first on board images of the yacht. 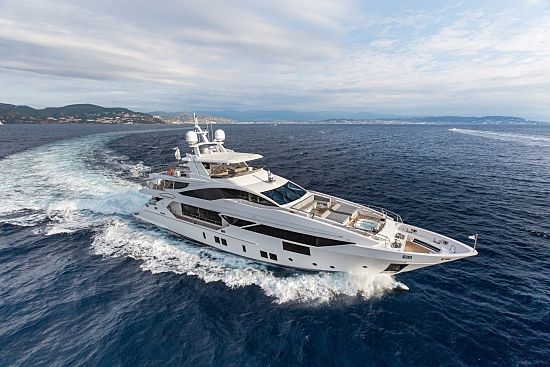 As a smaller version of Benetti’s 140 Veloce series, the Vivace 125 too is built on an increasingly popular split-personality semi displacement (Displacement to Planning, or D2P in short) hull form that offers a higher top speed in semi planning mode, while providing an economical range during full displacement cruising. She is equipped with an innovative series of azimuth transitions designed specifically by Rolls Royce for Benetti, called carbon Azipull 65C pods. 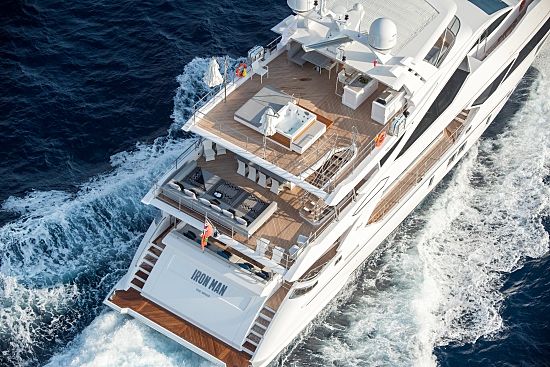 The exterior of Iron Man has been fitted with expansive exterior guest areas. The sun deck has been kept open with a selection of free-standing furniture that can easily be moved to suit any occasion. The young owner requested an external piloting position to be fitted on the sun deck; a custom feature found on hull number one. 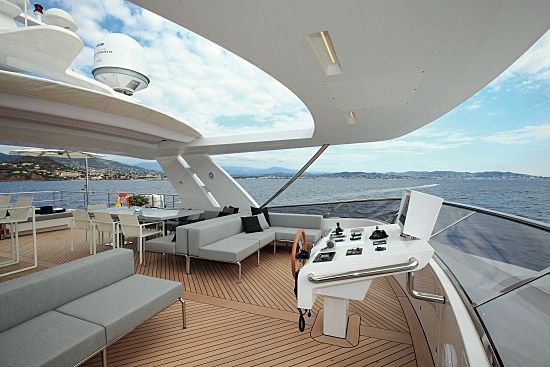 Another grand entertainment area on board is the generous foredeck, which has been divided into smaller gathering and sun bathing areas. This is also where guests can relax in the Jacuzzi, treated to uninterrupted views and ahead. 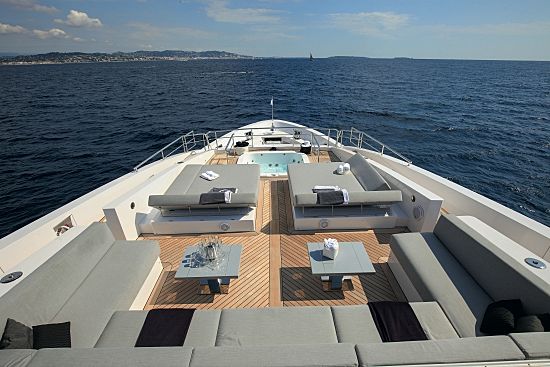 The interior was designed by designer Alfred Karram Jr, who adopted the owner’s youthful spirit and request for a modern, yet user friendly space. “The goal of the design concept for the Ironman project was to create a one of a kind space that would boast a highly innovative modern aesthetic through the use of sharp and dramatic geometries,” says Karram. 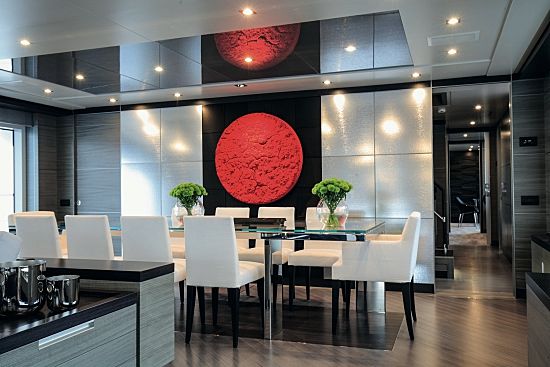 The yacht has a four cabin layout for her 8 guests, with a full beam master suite forward on the main deck. 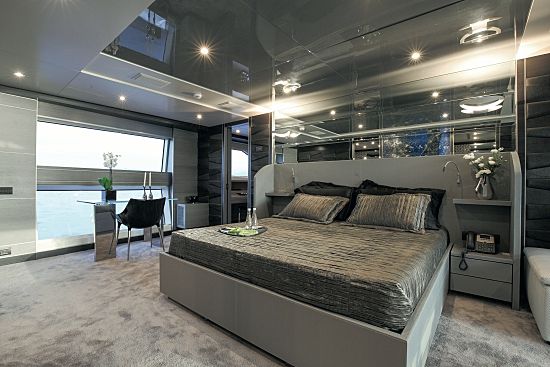 Stay tuned for an in-depth look on Iron Man later this week.