Damen Yachting have announced their new 105-metre explorer concept superyacht, SeaXplorer 105. This new vessel will sit at the top of the ship builders SeaXplorer range, which was launched in 2015. The superyacht has been specially designed as an ice-breaker Polar Class 7 yacht, to allow her to venture through the world’s most challenging cruising grounds, such as Antarctica, the Northwest Passage and Svalbard. 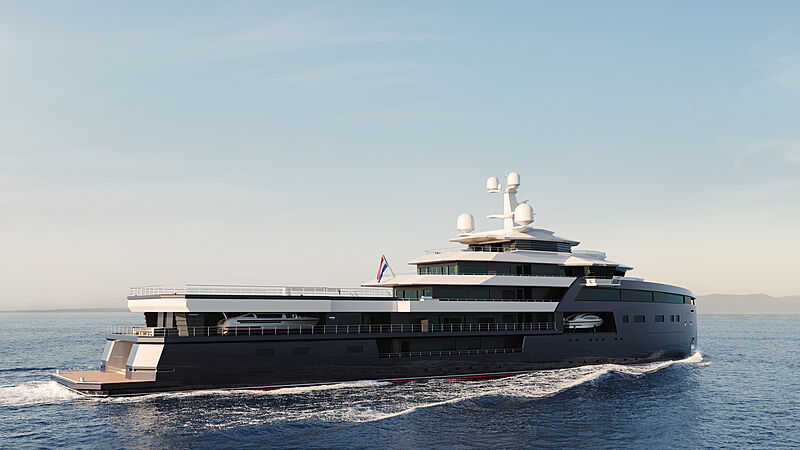 She features exterior design from Azure Yacht Design and EYOS Expeditions, while the designer to pen her interior is yet to be decided. SeaXplorer 105 will accommodate up-to 24 guests, and 28 crew members plus her captain, and a staff of 12, will also be hosted aboard. The superyacht features a 128-square-metre forward observation lounge with 270-degree views, a bar and multimedia centre. 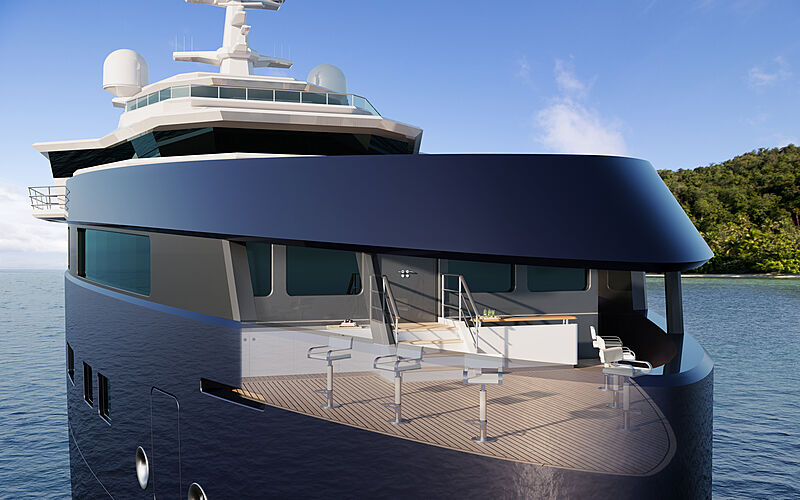 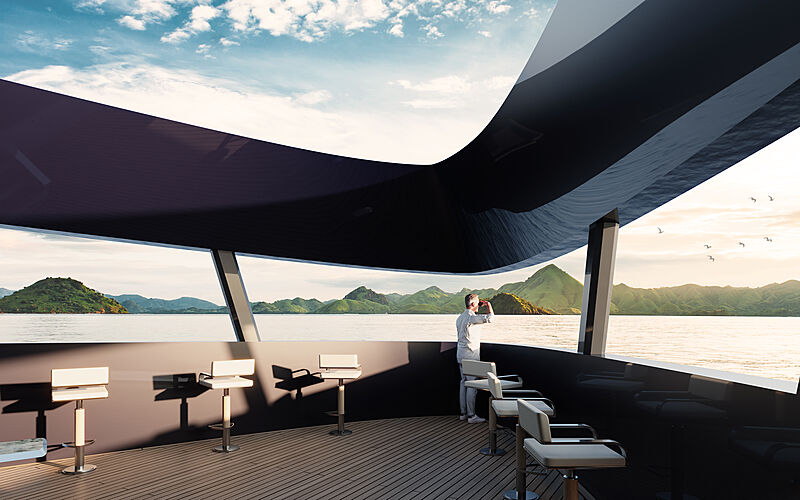 To the aft of the main deck is a 300 metre square wellness space, with spa, 8-metre indoor swimming pool, gym, sauna and steam room, there is also a bar lounge.  Within her expansive 6,500 GT, she will carry two helicopters within a specially designed hangar. She will also contain five large tenders or chase boats, as well as space for a wide range of toys, submarines and snow mobiles. Guests will be able to play tennis on her helicopter deck, host parties of 200-plus guests or even create an outdoor cinema. 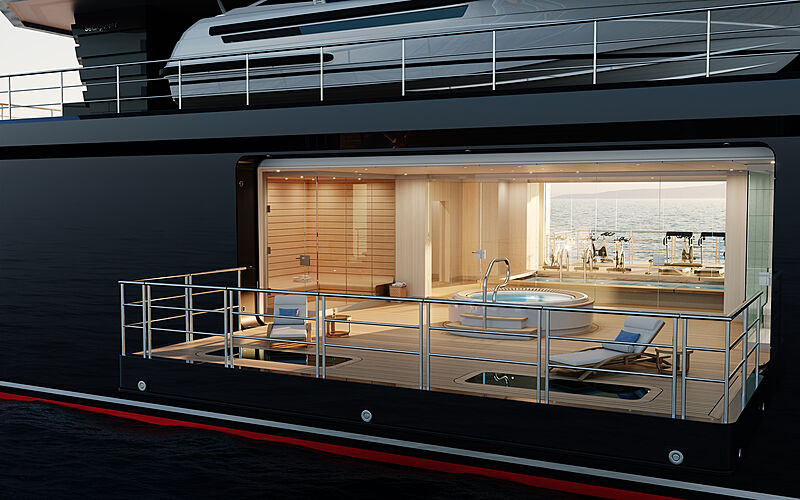 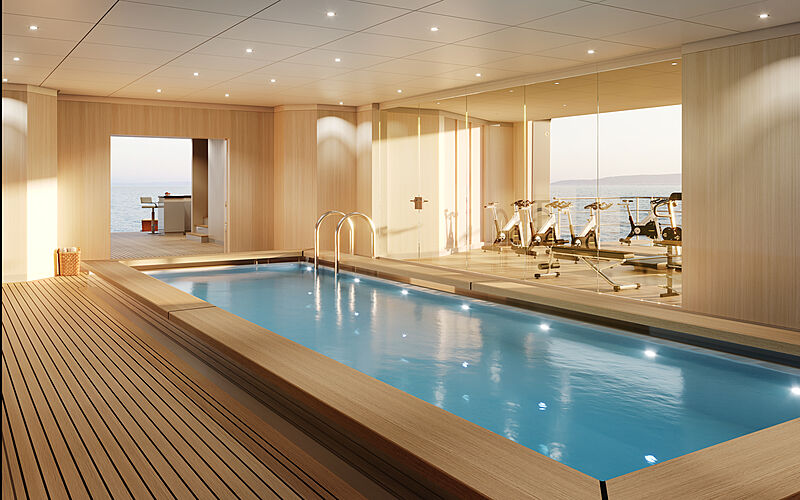 The explorer yacht will have an impressive 8,000 nautical mile range while at her cruising speed of 12 knots. She will have a top speed of 16 knots. 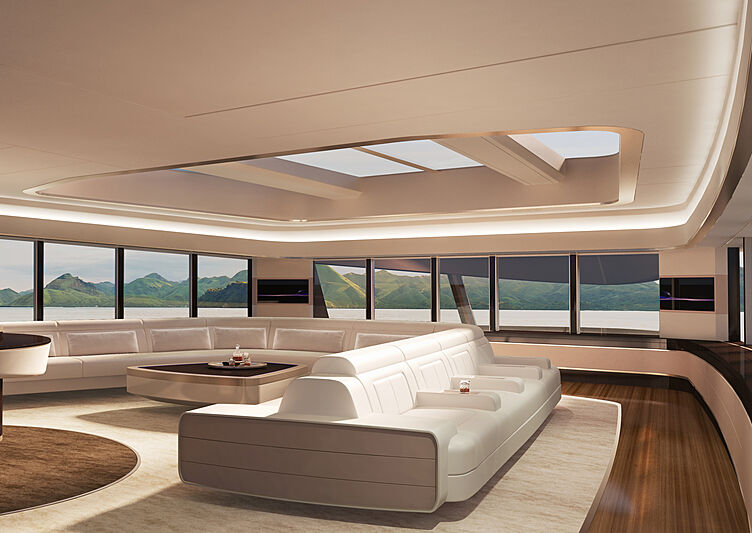 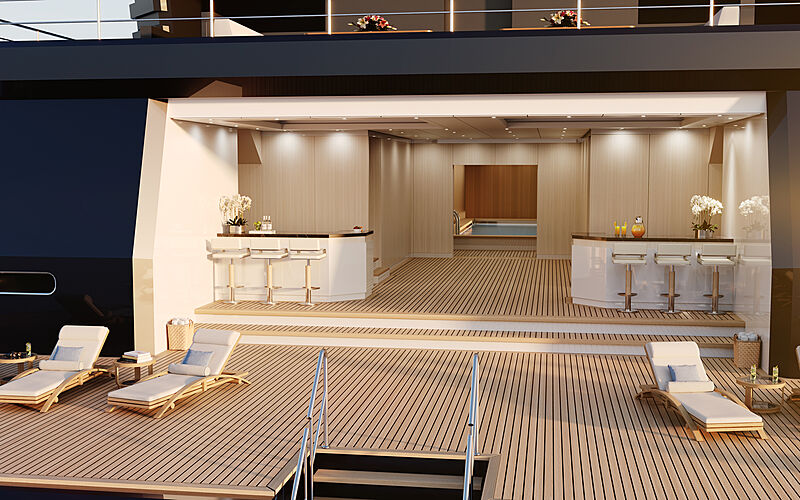