Heesen has announced the launch of the 50-metre superyacht - formerly known as Project Ayla - at its shipyard in Oss on 8th February. The superyacht has now been christened White by her new owners. 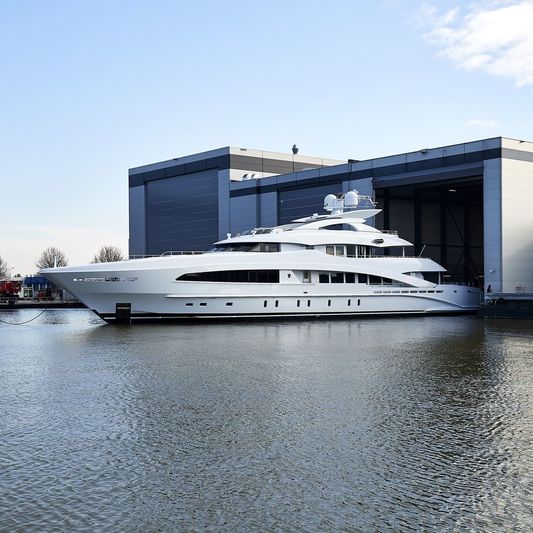 With a gross tonnage below the 500GT threshold, White is the latest superyacht in the 5000 Aluminium class from Heesen and features exterior lines by Frank Laupman from the Dutch studio Omega Architects. The 49.8-metre superyacht originally began on speculation but was bought one year into construction.

Her interior design is from the Italian designer Cristiano Gatto, who worked closely with the owners to personalise their yacht according to their tastes and lifestyle. Gatto created distinctive pieces of furniture for the main saloon and sky lounge inside White, including a round coffee table with a convertible top - functioning either an ice bucket or a leather tray - while the custom-designed sofas featuring Loro Piana upholstery have armrests that encompass bookshelves.

White will be intensively tested in the North Sea and will be delivered to her owners in April 2018.

Heesen and Omega team up on 60m new build superyacht