During an exclusive preview event hosted on the eve of the 2018 Cannes Yachting Festival last night, Sanlorenzo debuted its new SL102 Asymmetric superyacht to shipyard friends, international media and clients. The project was first announced just five months ago at Sanlorenzo’s Elite Days celebration event in La Spezia where CEO Massimo Perotti revealed the project’s unique layout and the shipyard’s plans to incorporate the offset arrangement into smaller units of the SL range. 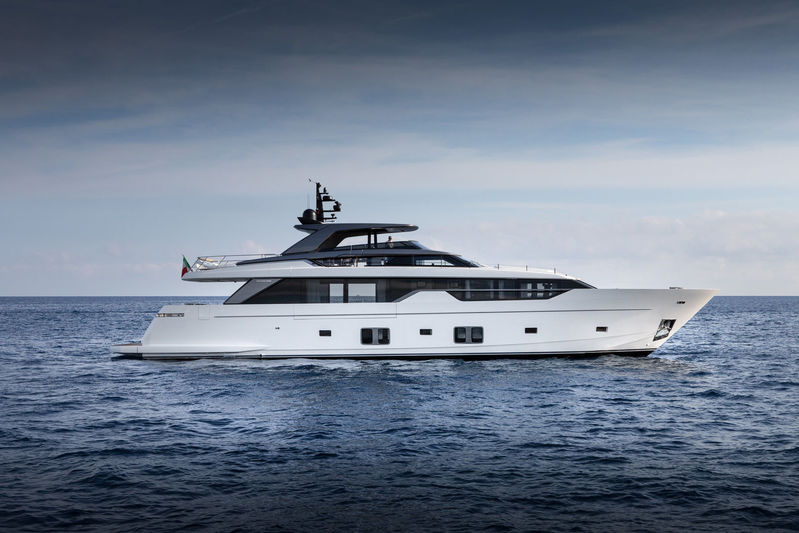 The yacht is characterised by a main deck walkway on the starboard side, while the internal volume has been shifted to align with the port side bulkhead of this deck, providing exceptional views from the saloon on this side of the yacht while still allowing crew to move freely from bow to stern. 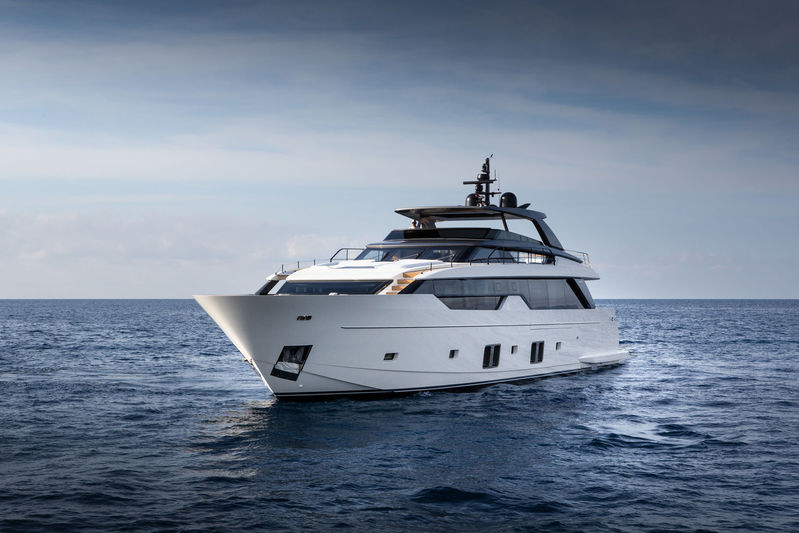 The result is best experienced from inside the yacht where a large hull section folds slides down to reveal a large window on the port side, and a terrace on the starboard that opens the main saloon onto the deck along with a flush aft deck entrance for a real ‘ocean villa’ experience.

Sanlorenzo incorporated the exterior staircase leading up to the sundeck into the design of the main saloon by separating these two spaces with glass as a striking design feature and leaving the exterior lines of the yacht unbroken with this hidden solution. 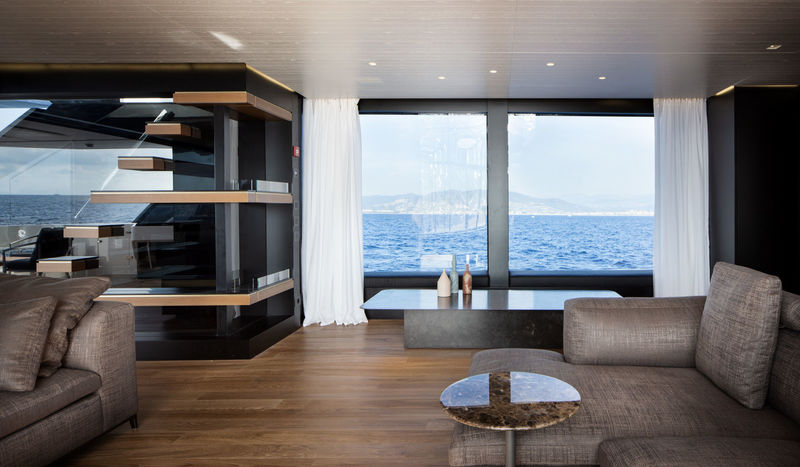 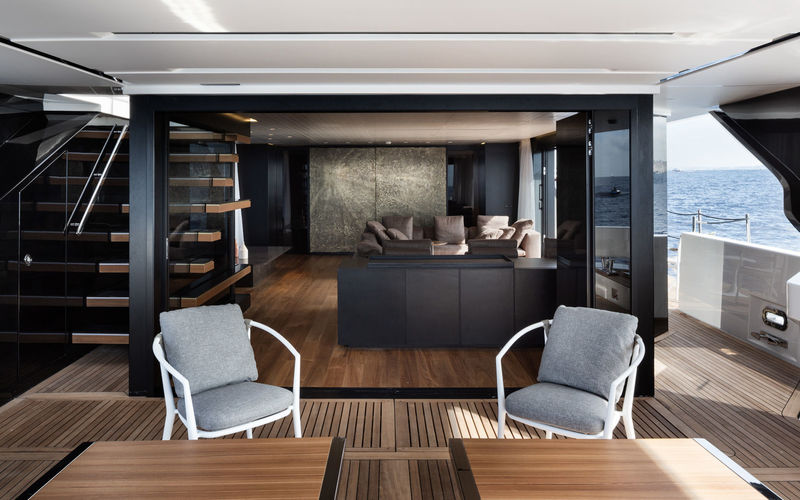 The project’s layout was conceived by car designer Chris Bangle and it was up to Sanlorenzo’s team of designers as well as Bernardo and Martina Zuccon of Zuccon International Project to realise the initial plans into a fully developed motor yacht. Developed with various layout options, the European version sees the master suite placed forward on the main deck, complete with a forward view over the foredeck and direct access to the starboard side walkway from the suite. An American version will utilise this space as a forward dining area with all accommodations moved to the lower deck. 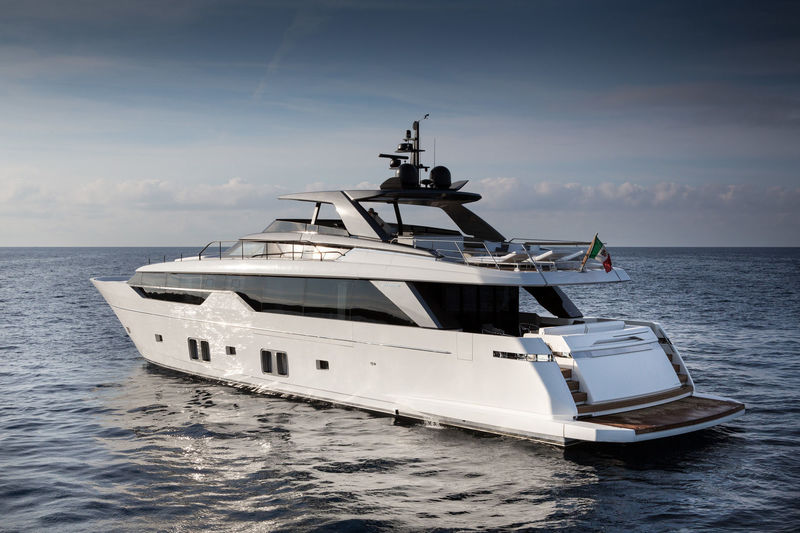 In terms of performance, the SL102 comes with two propulsion packages, either a 28-knot or 29-knot top speed, developed for medium load or low load usage.