Having recently been handed over to her owner, the impressive 60-metre superyacht Sarastar is now cruising the Med ahead of her unveiling in Monaco next month through central agents, Burgess. 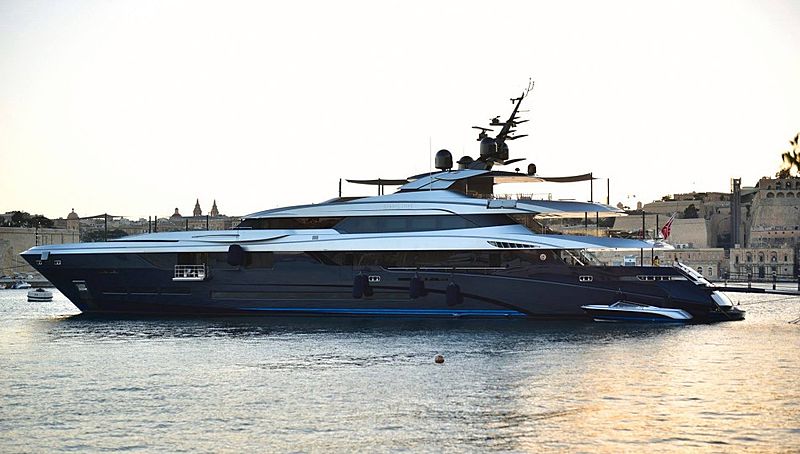 Luca Dini is the designer who created Sarastar’s aggressive exterior as well as the opulent interior of the vessel. Measuring just under 1,000 GT, this 60-metre yacht is sleek enough to be mistaken for a super sports yacht, but at the same time comfortably house up to 12 guests in grand comfort. 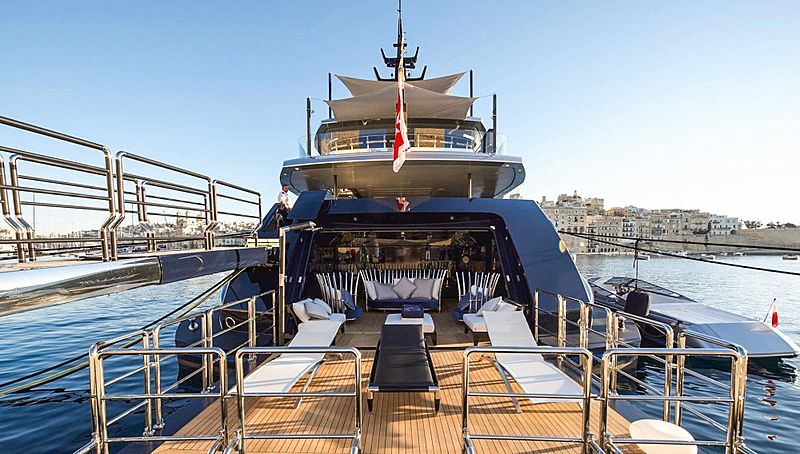 The interior is characterised by an overwhelming use of contrasting surfaces and textures, accentuated by colourful touches, such as the ornate floor of the upper salon. 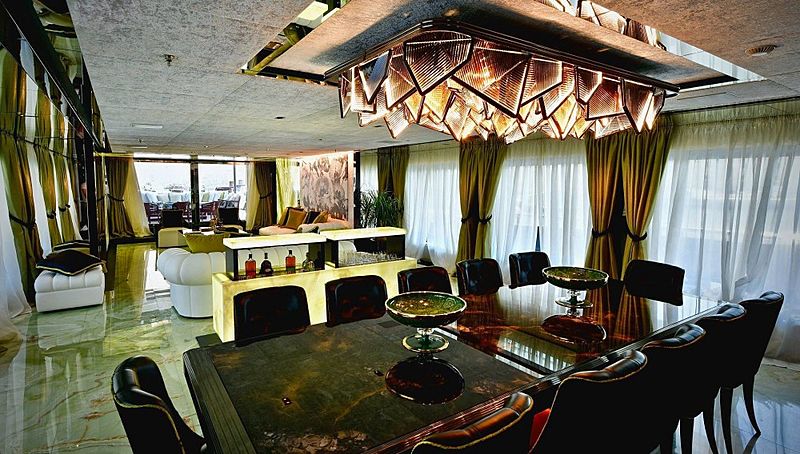 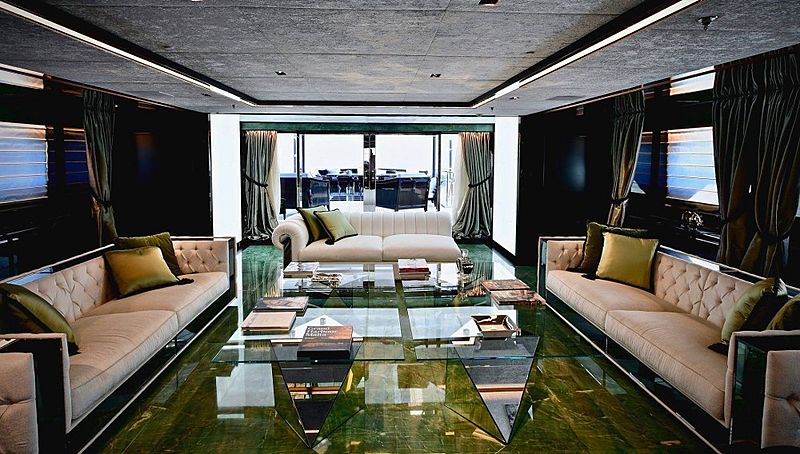 The master suite features a balcony that opens up on the port side allowing natural light into an otherwise dark-shaded and mysterious space. 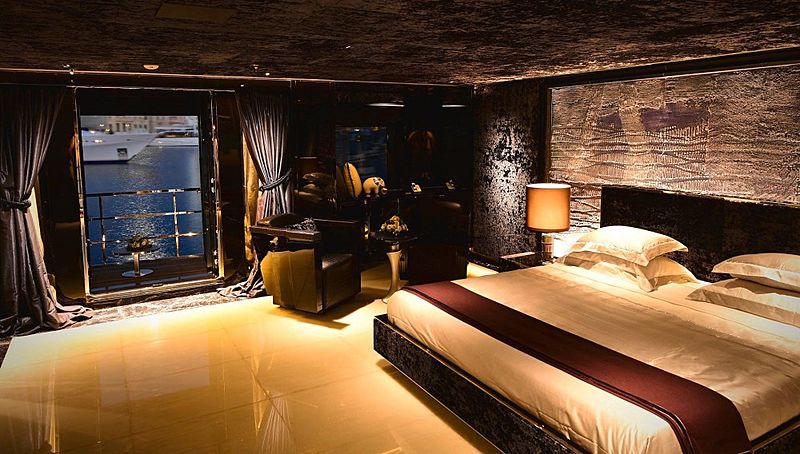 The sun deck is the ultimate outdoor breakaway spot and is divided into an aft lounging and workout area with the forward part dedicated to sundowner cocktails with an unbeatable view over the foredeck helipad and beyond. 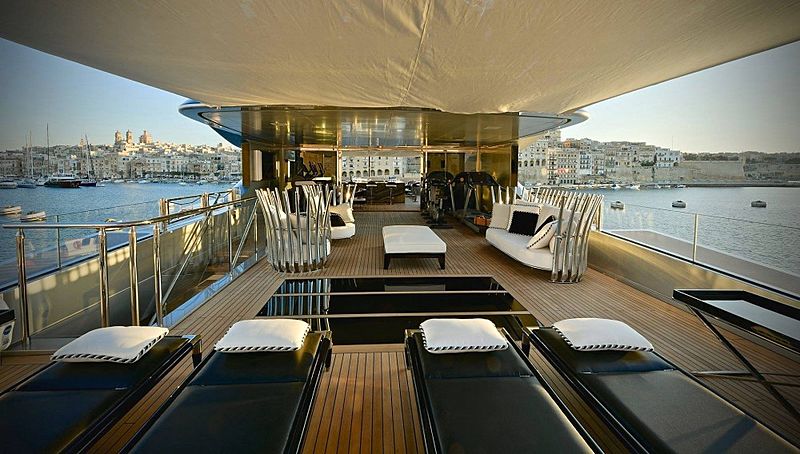