Rossi Navi have announced that they will bring superyacht Polaris to the Monaco Yacht Show in September. The yacht is the second yacht in the Prince Shark 49 series delivered by Rossi Navi. The first Prince Shark superyacht was Parum Jamuna IV, but even though the yachts look alike, they are very different inside. 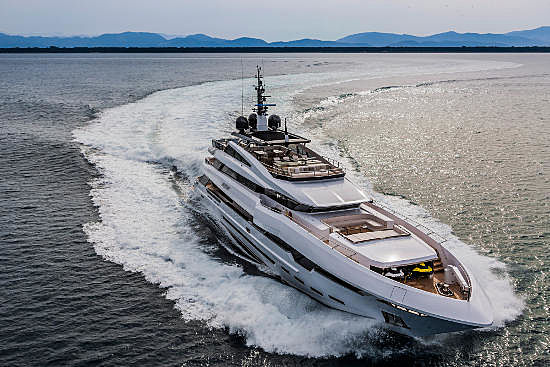 Both the interior and exterior design of Polaris are by Enrico Gobbi of Team for Design and her naval architecture is done by Arrabito Naval Architects. In addition to a crew of 11, the motor yacht sleeps 12 guests. Polaris features a semi-planing hull and two 12V 4000 M93L diesel engines propel her up to a speed of 23 knots. 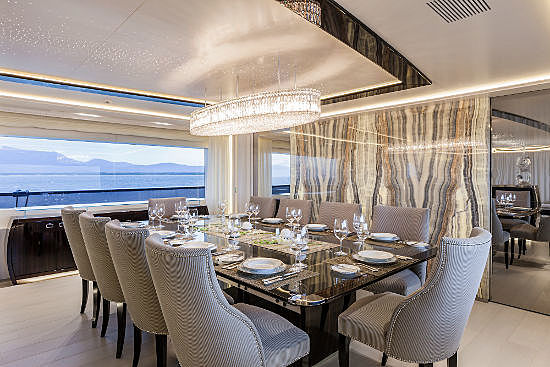 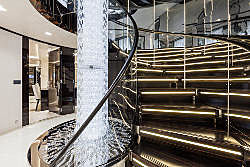 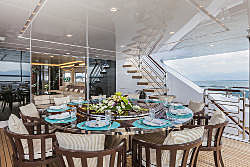 Federico Rossi, Rossinavi's COO commented “On Polaris as it is the second hull of “Prince Shark” we obtained performances even better than on the first one. One important fact is that the vessel runs perfectly on its design lines drawing a perfect wake at any speed. The maximum list at full speed (24 kts, during RINA official trials) was a mere 2.5°. As far as the noise/vibrations levels are concerned, they are very close to the ones of a displacement vessel.”