Home > News > First look on board superyacht The Highlander

Measuring 49.45 metres, the infamous Feadship yacht Highlander (previously named The Highlander) was originally launched in 1986 for the publisher of Forbes magazine and, after an extensive refit by Derecktor shipyard completed in 2014 and for the first time in history, she is now available for charter. 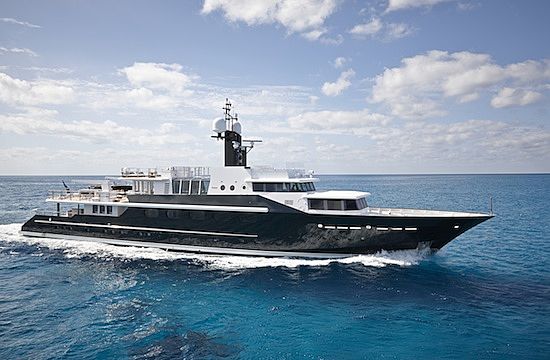 Thanks to her distinct green hull, she represents one of the most instantly recognisable superyachts around the world, and has been graced by numerous important and influential guests, including musicians, Heads of State and movie stars such as Robert de Niro, Elizabeth Taylor and Harrison Ford. 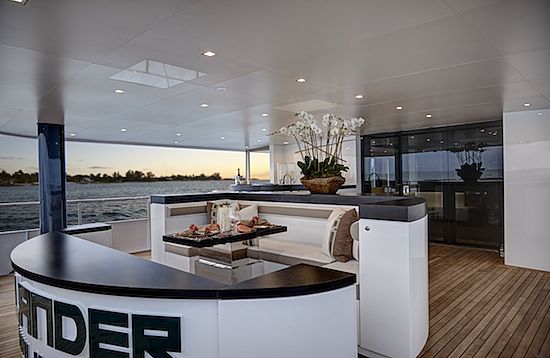 Now owned by American financier Roberto de Guardiola, who purchased the yacht in 2012, her comprehensive refit included substantial interior changes, lengthening of the hull, a major mechanical overhaul and a full paint. She has a cruising speed of 13 knots and boasts quantum zero-speed stabilisers to ensure a fantastic cruising performance. 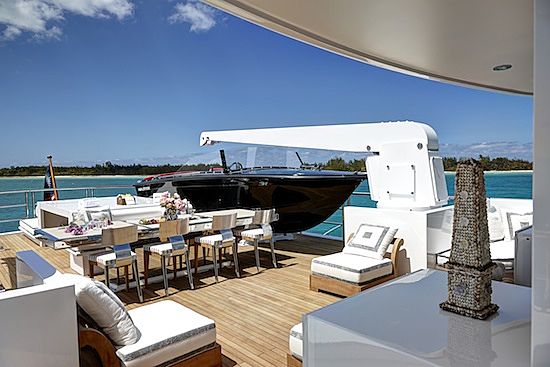 Easily accommodating up to 12 guests and a crew of 11, Highlander has timeless styling, original pop art work, beautiful furnishings and sumptuous interior features throughout her living areas which create an elegant and comfortable atmosphere. 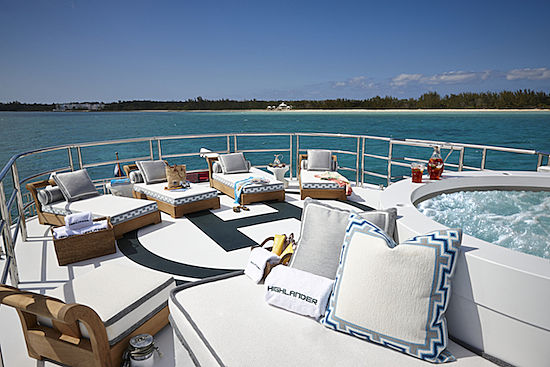 The legendary yacht comes complete with a string of facilities which enable anyone chartering her to live as glamorous and lavish a lifestyle as the original owner. As well as a helipad and Jacuzzi, she has two tenders; a 6.7 metre Donzi which seats 12 passengers and a 5.8 metre Cigarette which has been fully restored to its original condition after being custom built for Malcolm Forbes by The Cigarette Racing Team in Miami. She also has a 3.7 metre inflatable amongst a wide range of additional water toys. 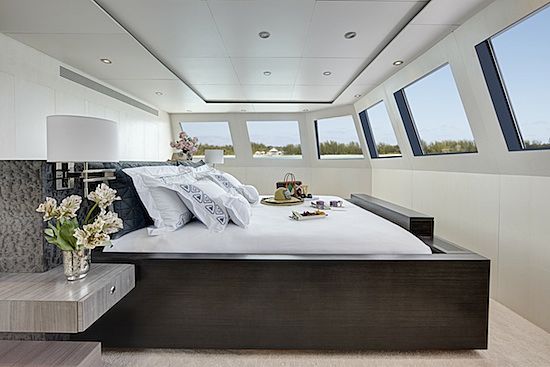 An impressive yacht to say the least, Malcolm Forbes once commented on the vessel that, “on a yacht like The Highlander you can establish the kind of rapport you don’t achieve talking across a desk.” 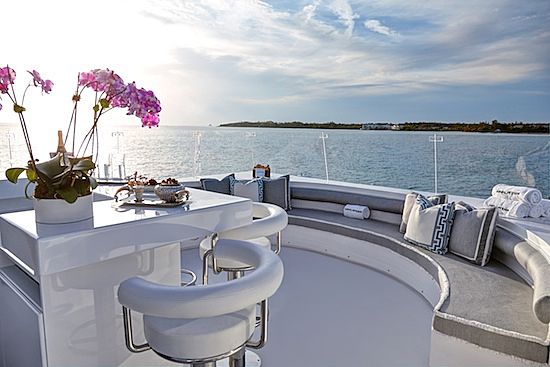 Highlander is available for charter through superyacht broker Edmiston, with prices starting from €160,000 per week. She will be based initially in the Mediterranean before moving to the Caribbean later in the year.