Overmarine launched their first Mangusta 132 in May this year, as an evolution of their successful 130 series. The new model features improved technological and ecological design concepts that sets her apart from her sister variants in the Mangusta Maxi Open series. 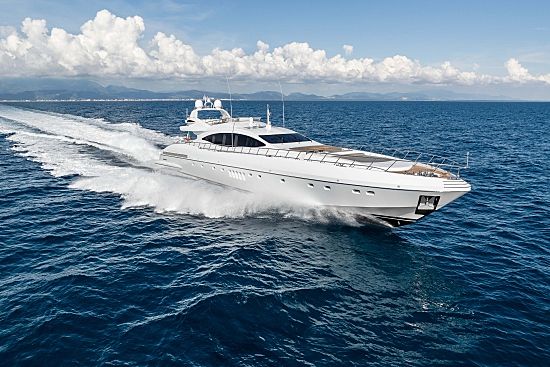 The 132 keeps to Mangusta’s athletic motto and has been designed according to the owner’s custom requirements. As a second time Mangusta owner he was well aware of the potential that the hand crafted platform can offer, and focused on developing the yacht’s open and spacious living environments. The result is a luxurious ‘villa’ atmosphere that has been created to offer a sense of wellbeing while being highly performance orientated. 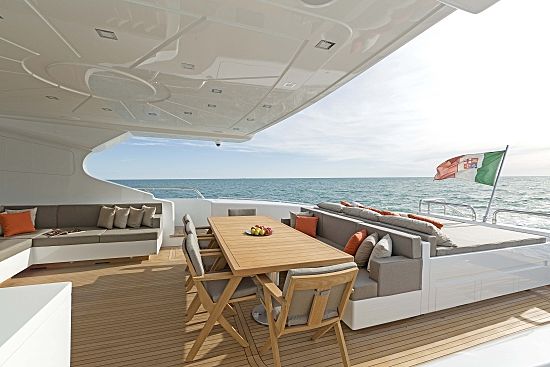 Interior spaces have been styled using sand-coloured oak flooring with snow white leather ceilings to enhance the minimalist feeling on board. As per the owner’s request, great attention has been paid to visually enlarge all interior spaces by the use of natural light through strategically placed sky lights and large side windows. 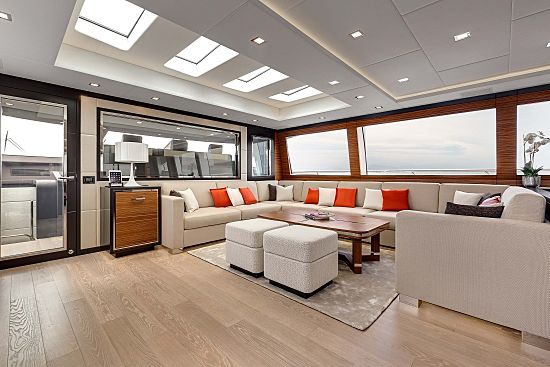 Her four-cabin layout allows for greater space in each guest suite, all of which are located on the lower deck. Here one finds a second meeting area with comfortable seating area and high quality entertainment system that creates a relaxing environment which guests can enjoy together. 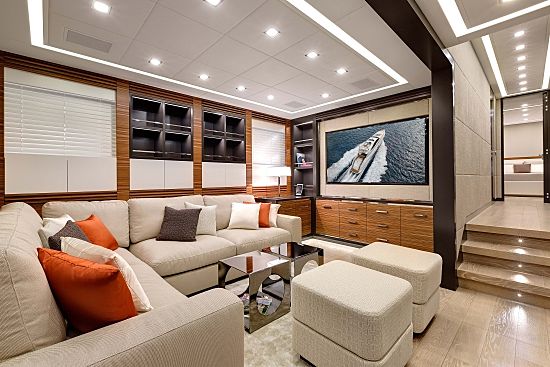 The full beam master cabin is placed aft for maximum comfort when underway. A selection of woods have been used to create a contrast between eclectic modern surfaces and the timeless appeal of the natural materials used throughout the cabin. 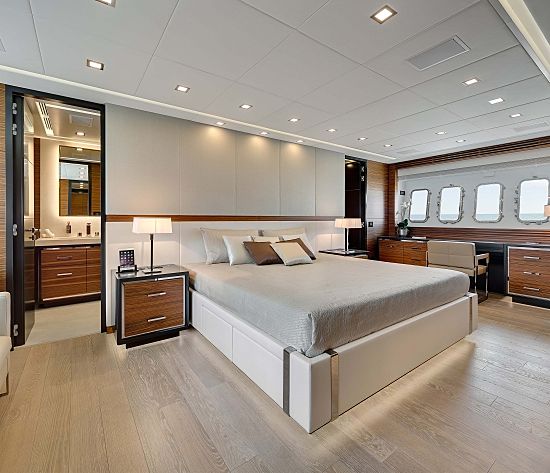 The Mangusta 165 was used as a platform from which the new 132’s performance was developed. She features new engines paired with Kamewa’s latest NP waterjets and zero speed gyro stabilisers. Al this results in a blistering quick 34 knot top speed. Overmarine engineers also achieved to have the yacht run more efficiently at low speeds. 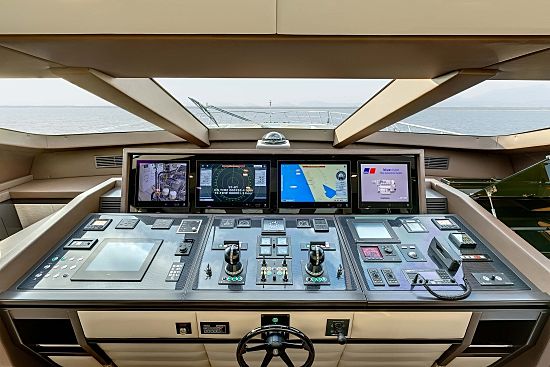 Be sure to visit SYT this weekend to read more about this modern superyacht in our Superyacht of the Week feature.