Royal Huisman revealed their latest sailing yacht, the 43m Sea Eagle, during this year’s Monaco Yacht Show in September. A few digital images of the official photo shoot have now been released, allowing us to give you a glimpse of the new sailing yacht which has been designed to sail around the world. 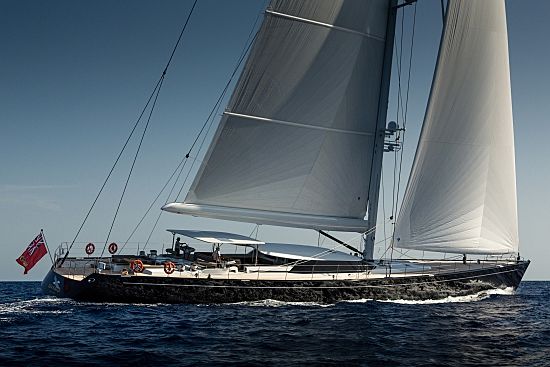 With naval architecture by German Frers and an interior design by Rhoades Young, Sea Eagle will not only travel the world, visiting exotic locations along the way, but has been designed specifically with the owner’s intention of taking part in occasional superyacht regattas as part of his journey. Sea Eagle is finished in a ‘Chevy White’ superstructure and dark blue hull that supports her 57m high mast and carbon rig which has been optimised for performance orientated cruising. Her 1000 sqm of sails allow Sea Eagle to reach a hull speed of 15 knots. 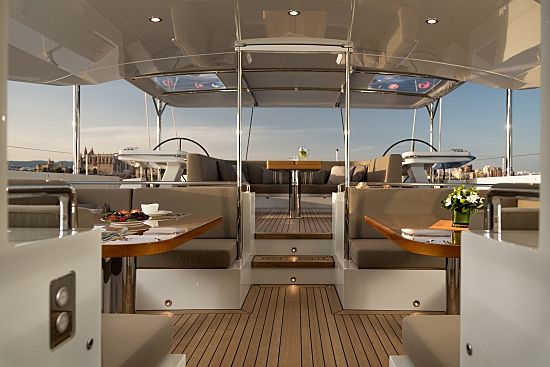 Set up for family-style cruising, Sea Eagle’s cockpit features a spacious dining and lounge area which offers commanding views over the deck operation going on around, whilst retaining a social atmosphere between the various relaxation areas. Another private cockpit is situated aft of the twin helm stations which leads down into the full beam master suite in the very aft section of the accommodation deck. From the main cockpit one is lead down into the main salon with stair leading aft to two further twin guest cabins. 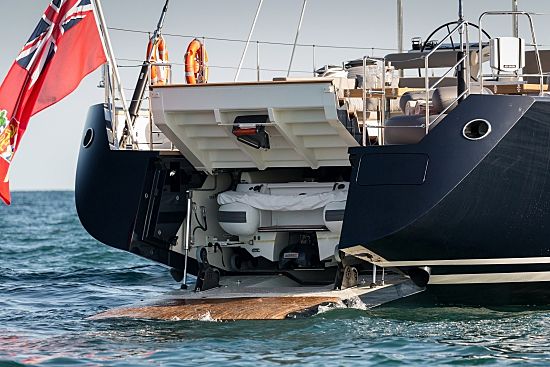 A unique feature of Sea Eagle is the beach deck in the stern. The transom hydraulically opens up to reveal a large swim platform with a staircase that closes the space again once the tender has been launched. This allows easy access for tender boarding as well as an ideal hangout spot during water sport days at anchor. 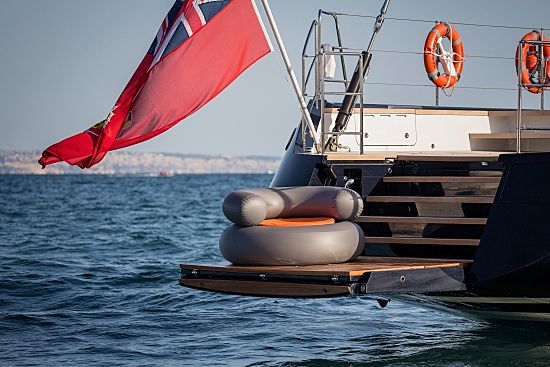 Stay tuned as Royal Huisman is set to release more images of the yacht soon, revealing all guest areas in detail.