The first Oyster 100 superyacht came out of the mould on 14th September 2009 after post-curing of the hull and secondary structure in RMK’s purpose built 40m oven. The keel stub was attached in late October and the yacht weighed to determine longitudinal and vertical centres of gravity. 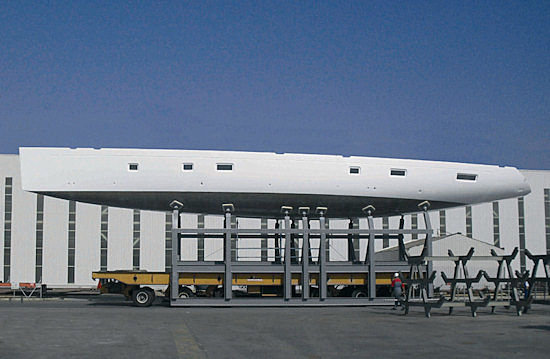 As with everything else in this superbly managed project, the weight and CG’s came out as predicted, proving the infusion process had not only produced a homogeneous and strong laminate, but it had also controlled resin flows well and resulted in a +100A1 Lloyds Classification hull, strong and accurately on target.

At just over 20 tonnes the structure weighs about 75% of the equivalent hull in aluminium, delivering the first part of Oyster’s prediction that their composite superyachts will provide a better combination of strength, performance and use of internal volume for a quiet and sophisticated environment, than an equivalent yacht built of aluminium alloys.

As the internal woodwork takes place in a templating framework off the boat, ready for rapid installation over the next few months in its “fully-floating” construction method, which damps down noise and vibration, the systems and engineering are now taking shape in parallel to the same high standards proved in the composite work to date. With launch planned next summer, we look forward to proudly showing this first Oyster Superyacht at the Monaco yacht show in September 2010. Oyster 100-02 is now sold, subject to contract, and hull moulding has started. Fit-out of 100-02 commences early next year with launch planned early 2011, so planning is on track to have two Oyster 100’s racing in the Dubois Cup in June 2011. 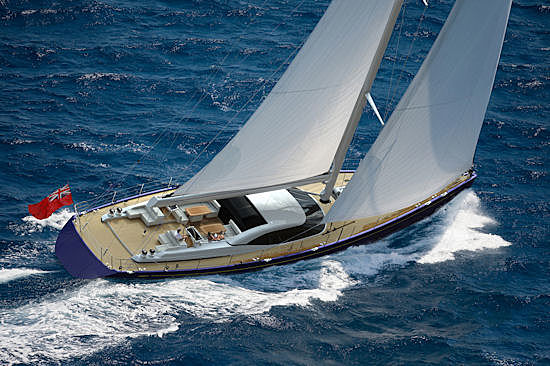