Rossi Navi announced in November 2014 that they had signed a new contract, for the construction of a 62 metre superyacht, project FR031. Even though the yard has not released any detailed renderings of the project yet, they did release the first photos of the yacht under construction on their Facebook page. 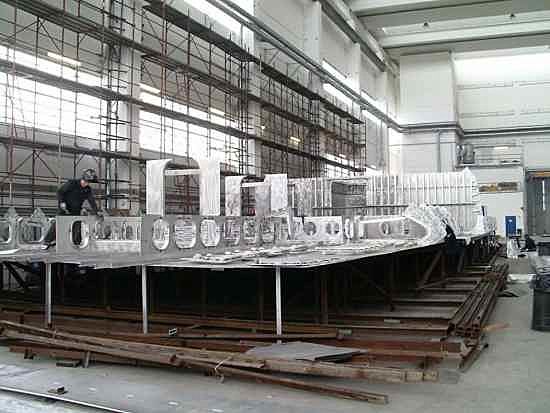 FR031 is a semi-displacement full aluminium vessel, capable of carrying a helicopter. She will be powered by 4 engines, coupled to four Rolls Royce Kamewa water jets, which will give the yacht a top speed of 28 knots, whilst maintaining a transatlantic range, and low fuel consumption at cruising speed.