The Spanish shipyard celebrating their 100th year of existence this year, Astondoa, have released some of the first footage of their latest yacht undergoing sea trials off the Spanish coast. The new 33.25 metre superyacht Sophye has since been loaded onto a freighter destined for the Yachts Miami Beach show to take place next month. There the yacht will be officially unveiled to the yachting world and is sure to be one the must-see yachts attending the show. 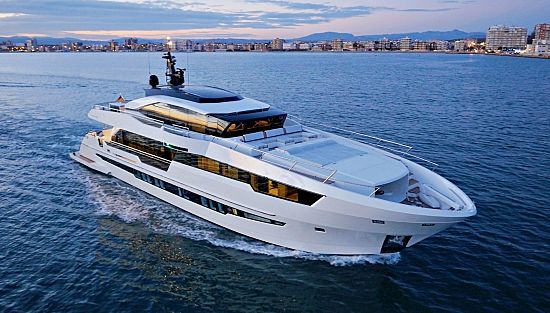 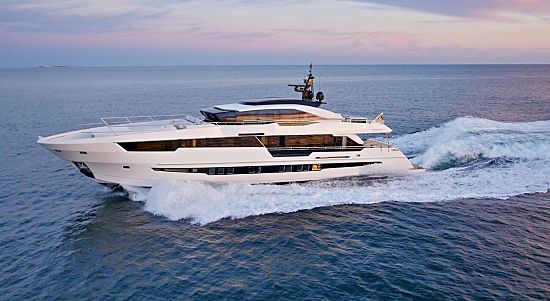 Adhering to the owner’s requirements, the yacht has been optimised to host large groups of family and friends in extended exterior spaces that can easily be converted to merge with the stylish interior designed by Cristiano Gatto. The skylounge on the upper deck is a mix between an indoor and outdoor space, with electrically operated windows and skylight panels that help regulate the interior environment according to weather conditions outside. This area is rounded off with a fully equipped outdoor galley, BBQ grill and bar that will be sure to add to the yacht’s entertainment capabilities. 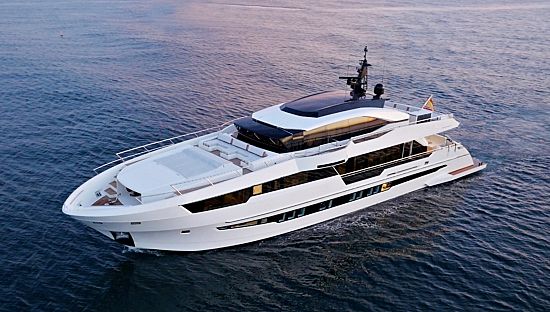 Inside, the yacht features spaces and amenities found only on much larger yachts, while still keeping the intimate family feel on board. “The owner wanted it to feel like guests were onboard, not in a NYC apartment,” had Gatto to say about the interior. A contemporary interior has been fitted with timeless elements such as rich and dark textured woods along with sharper details like glass and polished stainless. This has been complemented with brighter accents including white and beige wall paneling as well as a clever use of LED lighting that brightens up spaces even further. 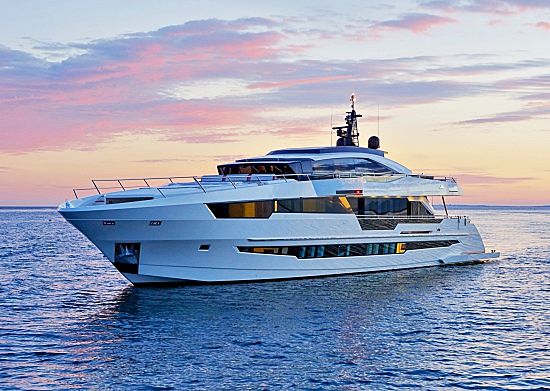 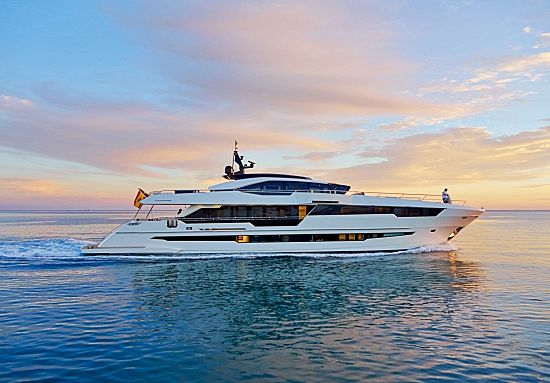 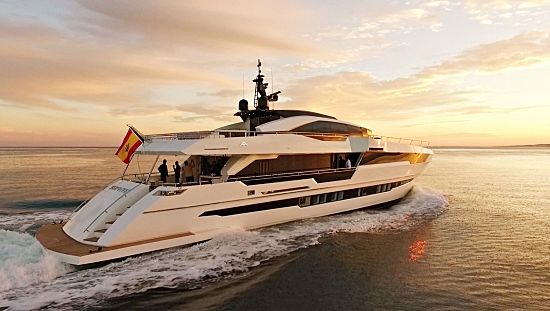 As for watersports fun, the new 110 Century houses two 3-seater watercraft which is stored inside the bow area. Further storage space can be found in the dedicated aft garage, which is where the yacht’s Williams jet-drive tender is stowed which can seat 8 guests. Powered by two MTU 16V 2000 M84 engines, the Century 110 GLX is able to reach a top speed of 24 knots and a comfortable cruising speed of 20 knots.