Following the presentation of its SX88 line at the Cannes Yachting Festival in 2017,  Sanlorenzo have announced the first sale of their 26.7-metre SX88 yacht, hull number 23, in Asia.

Sanlorenzo has already witnessed high demand for the SX88 in Europe, with 15 units sold as of today. The unit is due to be delivered mid-2019 to a client in Southeast Asia. The new owner will enjoy a custom crossover design featuring the wheelhouse on the flybridge deck, leaving the main deck completely free for use of up to eight guests. 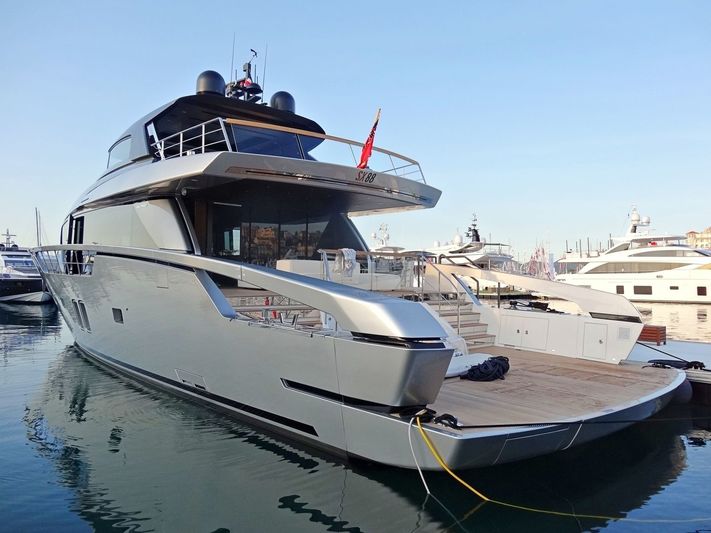 Photo: Aurélien Herman / SuperYacht TimesBy merging the spaciousness of a classic flybridge yacht with the abilities of an explorer yacht, Sanlorenzo have made the most of the 26.7m space. The exterior design is the work of Officina Italiana Design and it features an interior by Lissoni Associati. With several other yacht sales taking place in Asia in the first half of 2018, Sanlorenzo is encompassing the needs of clients in Asia in their designs, such as the SX88’s ability to cruise long distances at 20-knots with a slightly higher top speed of 23-knots.

“The Sanlorenzo SX88 has been a sell-out success even before its launching at the Cannes Yachting Festival last year,” says Nick Stratton, Sanlorenzo Asia Sales Manager. 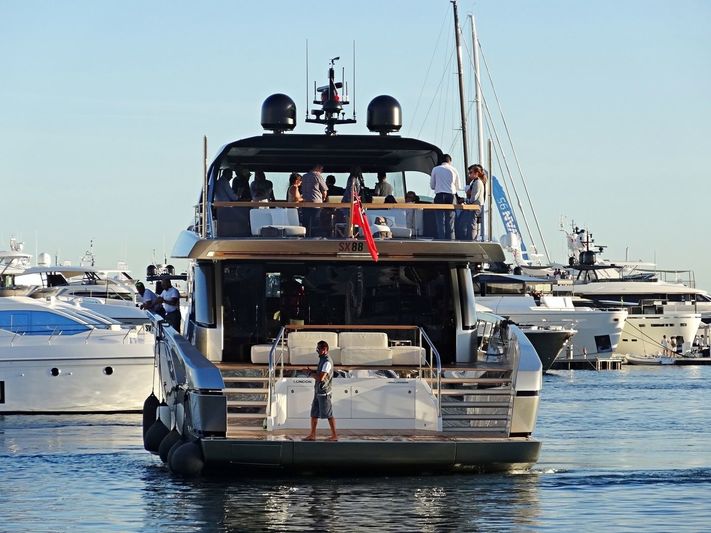 Photo: Aurélien Herman / SuperYacht Times“Due to quick demand from Europe we have been eagerly waiting for the first SX88 to arrive in Asia, which is now confirmed for mid 2019. Prior to this we will see the arrival of the all-new SX76 in Hong Kong early next year. The yacht is available for sale with a unique interior design by Piero Lissoni and will be celebrated with a dedicated launch party. Launching at Cannes this year with so many orders already, this yacht is a great opportunity for an enthusiastic buyer." he continued.

The sale in Asia by Simpson Marine concludes the Rolls-Royce Partnership with the Cullinan Launch.

Live from Cannes: on board Sanlorenzo’s new SX88 crossover yacht