Austria-based shipbuilder Silent-Yachts has begun construction on its largest solar-powered catamaran model to date, the Silent 79. Three units of the Silent 79 are currently under construction at a shipyard in Marotta, close to Ancona, Italy. Two units have already been sold, with the first catamaran to be launched in 2020. 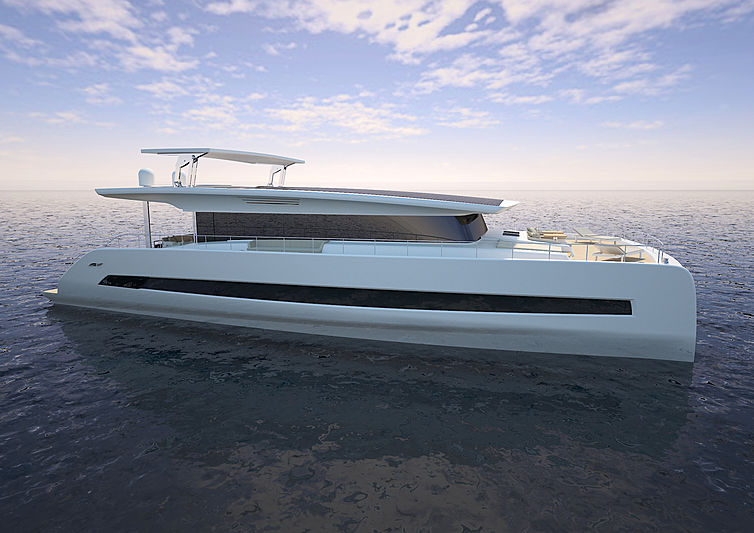 The concept behind the Silent 79 was developed by Michael Köhler,  founder and CEO of Silent-Yachts, while Enrique Castilla from Insenaval is responsible for the naval architectures and Marco Casali from Too Design designed the exterior and interior.

The 23.95-metre catamaran features the DNA of its sister model, the Silent 55 which was debuted at Cannes Yachting Festival earlier this year, but on a larger scale. “I think, solar-electric boats are the future that is why I immediately agreed to work with Michael Köhler,” said designer Marco Casali. “Solar power is about square meters, so we need to dedicate as much surface to the solar panels as possible while keeping the overall balance in shape. In my opinion, we managed that with the Silent 79. What I tried to achieve is an interesting Italian design, sophisticated and refined. This is a nice-looking yacht that meets efficiency.” 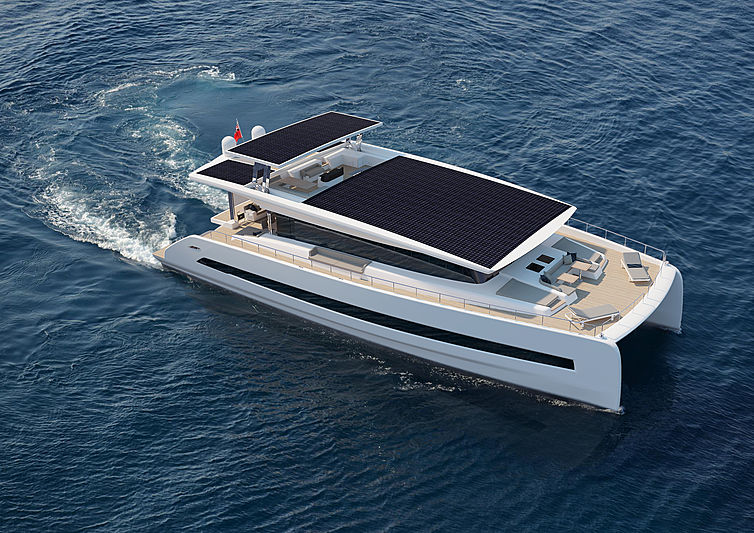 The Silent 79 features a clean and straightforward exterior design, with large windows to allow plenty of natural light to fill the interiors. The flybridge carries 70 high-efficiency solar panels, which adds a touch of sportiness to the design, while both the aft and forward outdoor spaces offer enough space to host parties.  Available in several different layouts,  the main deck houses a spacious saloon with a galley, a lounge and a dining area. The lower deck can be fitted with four to six guest cabins, including a spacious owner cabin with a private office and a VIP cabin as well as two crew cabins. 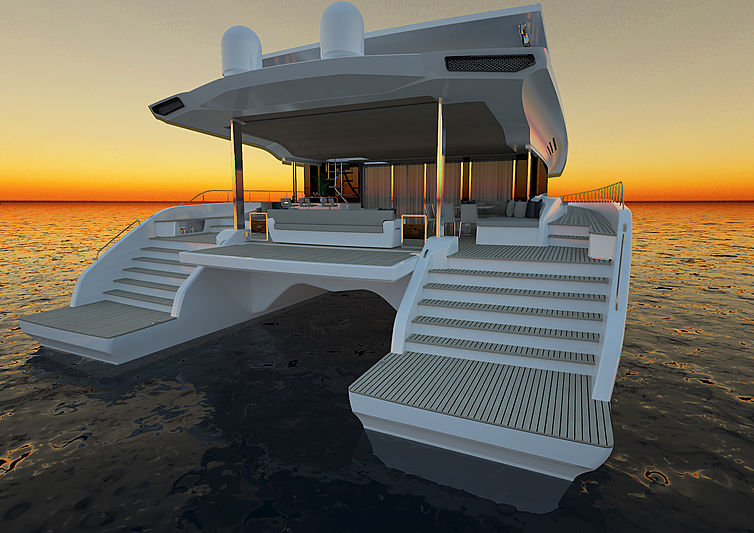 “Inside the Silent 79 is designed to provide maximum comfort to owner and guests who spend months on board in long happy voyages”, said Michael Köhler. “The décor styling is marine, so it is minimalist, ergonomic, muted, and at the same time luxurious and refined to perfection.” In addition, as the Silent 79 powered by solar-power, there is no actual engine room on board. Instead, the catamaran features the largest garage, with enough space for a 4.5-metre tender and plenty of toys. 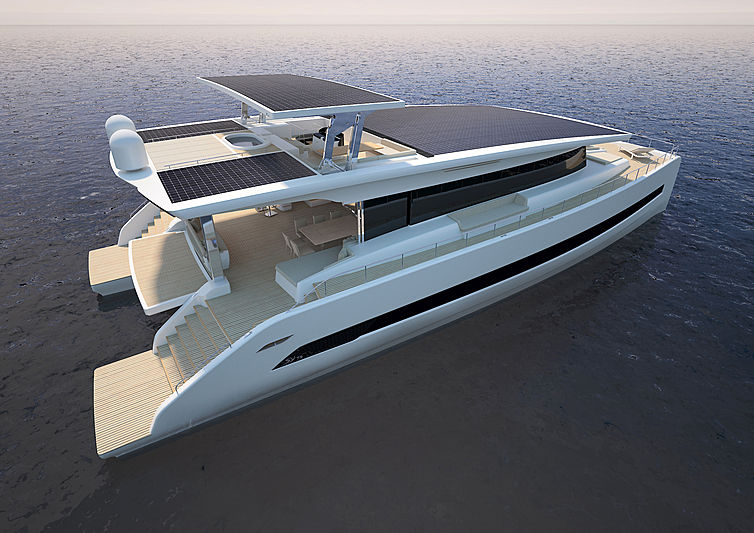 The catamaran is fitted with twin electric engines, either 50kW in the standard cruiser version or 250kW in the E-power version and common shafts. With the latter system, Silent 79 can reach a top speed of 20 knots and is able to travel between six and seven knots in complete silence, with unlimited range passing around 100 nm a day. In addition, energy and production and propulsion systems hardly require any maintenance,  producing no fumes or noise. As such the operational costs of the Silent 79 are said to be substantially lower compared to yachts using traditional propulsion systems.