The first hull of Sunseeker’s new 116 Yacht line has arrived at their shipyard in Poole for the start of her outfitting process. The yacht is a revised version of the company’s successful 115 Sport Yacht model. Based upon the same tested platform, the new yacht sees a revised exterior appearance. 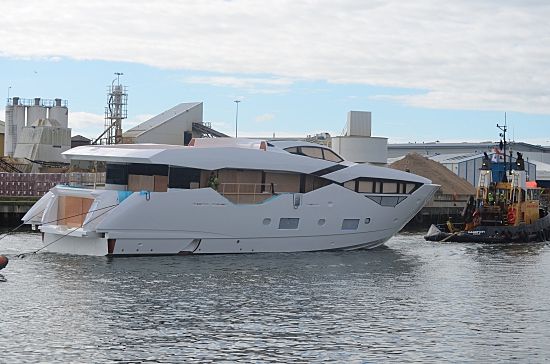 Changes to the design include larger windows in all guest cabins, an extended flybridge now with more space for entertaining, and a new aft deck transom area that opens to reveal a larger garage for the storage of a Williams 625 tender in addition to two Sea-Doo water craft. All of this means an increased volume than the previous 115 model. 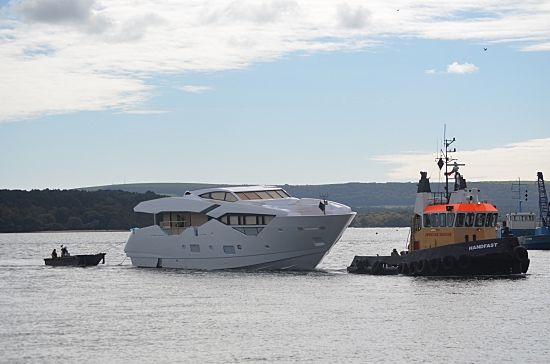 The first hull is expected to be deliverd to her Turkish owner in the Spring of 2016. Sunseeker reports that the first four hulls in the series have already been sold, and predicts the 116 Yacht line to extend its success over the next two years.