Blue skies welcomed the yachts on the water for the first race day of the 2014 Pendennis Cup in Cornwall this year, but the unpredictable light winds meant the fleet found conditions challenging throughout the three hour race in Falmouth Bay. 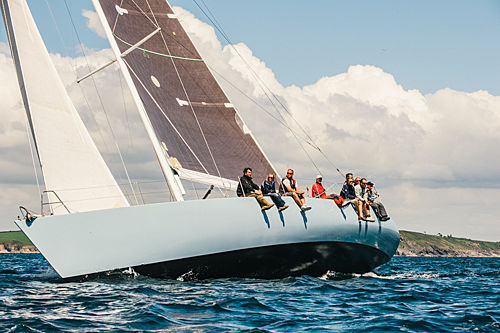 The start order for Day 1 began with Kelpie followed by Mariette, although by the time the fleet rounded the first windward ‘Burgess’ mark, Velacarina had caught the two lead vessels.

The fleet was split across the bay on the second upwind leg to the ‘Romeo’ mark. As the race unfolded, an interesting balance of tactics and sail combinations were engaged, with the leading yacht, Breakaway, perfectly suited to making the most of the wind changes falling off the coast.

Christopher and Velacarina were neck and neck during the last leg, and although Christopher was next over the line, on rating adjustment her final place was in third behind Velacarina, with the next yacht to complete the course a few hundred yards later. Mariette gained the advantage as the winds lulled, giving her fourth position. Adix competed almost bow to bow with Kelpie, with Kelpie being awarded fifth place ahead of Adix on amended time. 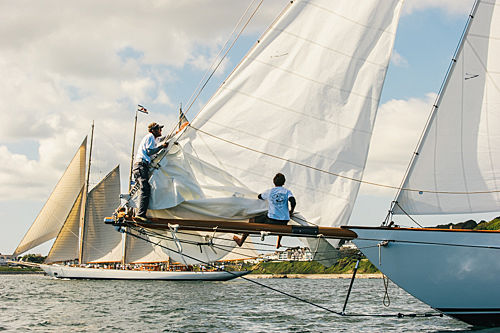 The Class 2 Little Dennis Fleet enjoyed the calmer seas and crept up on the Pendennis Cup fleet throughout the race. All four yachts started within 5 seconds of each other on the gun with Firebrand having the best start hotly pursued by Cerinthe, Cuilaun and Zarik. Firebrand led the division throughout the second half of the course eventually winning by a clear 10 minute margin. 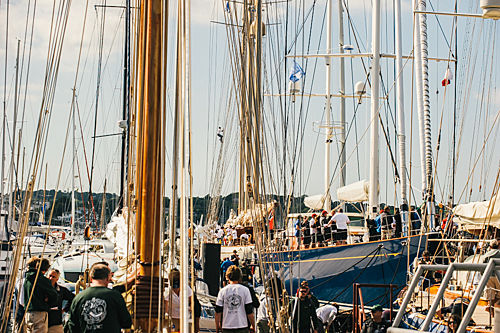 The lighter winds provided a fantastic challenge for the first day’s race with the glorious sunshine showing the yachts at their most spectacular among a large spectator fleet in Falmouth Bay.

The second day of the Pendennis Cup saw an extremely close finish, with Christopher and Velacarina announced as the joint winners on corrected time. 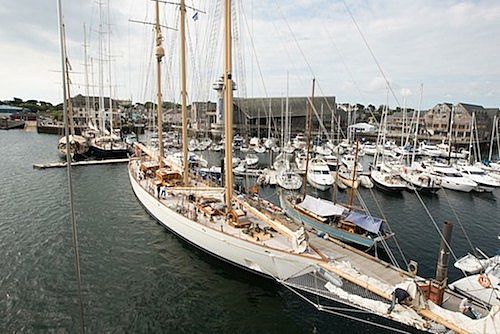 Conditions were near perfect with the fleet enjoying an extended course from the shoreline close to Pendennis Head, then further out to sea northwards towards Gul Rock with a reach down to the Manacles.

Kelpie had an excellent start, with most of the fleet following her on a starboard tack heading towards Gyllyngvase Beach. Velacarina was the first yacht past the ‘Windward’ mark with Kelpie and then Mariette tight behind her. During the long leg north, the battle for the top four places remained tight. By the end of this long leg, Christopher had left the fleet behind and maintained the advantage until the finish. 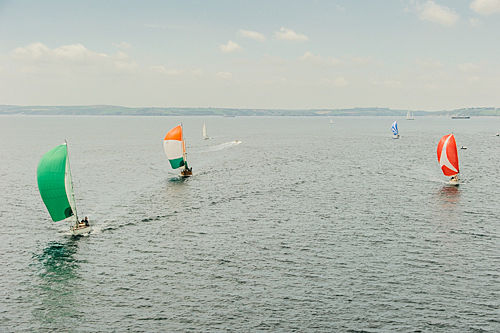 Cerinthe took the honours in the Little Dennis Fleet with the lead changing frequently throughout the day. The flat water and consistent breeze provided an ideal playground for these beautiful classics. 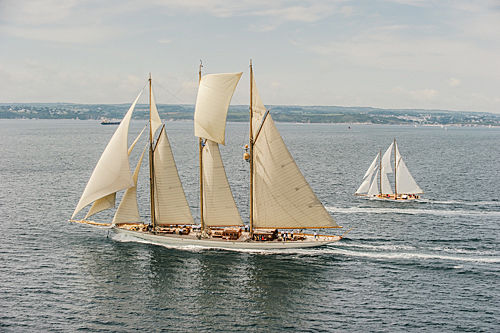