This week ExCeL London has seen the arrival of some of the largest yachts that will be on display at the 2015 CWM FX London Boat Show (9-18 January 2015). 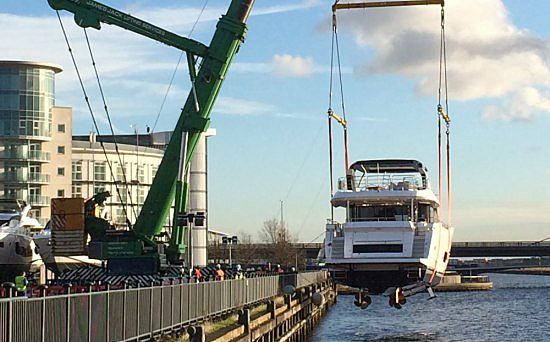 On Friday 19 December the first yachts to enter via the River Thames were lifted out of the water. This included debut boats from Sunseeker, including the largest yacht of the show, the Sunseeker 28 Metre weighing 78 tonnes, and yachts by Princess Yachts and Fairline Boats.

Since then these boats, along with many others, have been manoeuvred into the South Hall surrounded by the busy preparations for the CWM FX London Boat Show.