Fitzroy Yachts of New Plymouth, New Zealand is enjoying the success of their latest superyacht launch Salperton. With an almost unanimous decision from the judging panel, Fitzroy Yachts reigned supreme over the other short listed finalists by winning Best Sailing Yacht of the 30-44m Class at the latest World Superyacht Awards held on Giorgio Maggiore Island, Venice, Italy in April 2008.

Salperton
Salperton was built to the latest yachting standards and is a super sleek superyacht built for luxurious cruising performance. She was designed by the highly regarded UK based Ed Dubois Naval Architects. Salperton is the fourth Dubois designed yacht to be built by Fitzroy Yachts with a further four vessels, three of these also being Dubois designed, currently being built in Fitzroy’s New Zealand yard. The European owner of Salperton will be attending a number of superyacht regattas in the Mediterranean this summer from March to October. 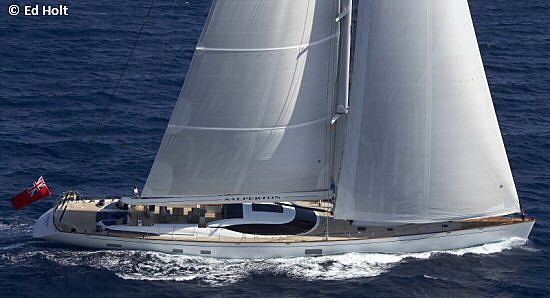 The Awards
The World Superyacht Awards is an annual event considered to be the Oscars of the superyacht industry attracting the very best superyacht builders, naval architects and interior designers from around the world. The judging panel was chaired by Roger Lean-Vercoe, a highly respected editor of superyacht books and joining him were a combination of 12 superyacht owners and industry experts. All had to meticulously view details on each yacht before meeting for a day-long conference in Paris where they each awarded points on six aspects of every yacht.

Judges Comments
The judges were almost unanimous in their selection of Salperton. Key features that stood out were Salperton’s large sail area, its automated sail control, its novel operating system for the daggerboard; the clean lines of the contemporary interior which integrates the cockpit and deckhouse together; and the ability to open large skylights in the latter, to give its owner the widest range of use whatever the weather or sea state, which all contributed to its well deserved win over it five rival nominees.

Fitzroy Yachts
Managing Director of Fitzroy Yachts Rodney Martin is overjoyed with his team’s success…“First and foremost our satisfaction comes from having an incredibly happy customer, but it is also great to be recognised in these prestigious awards. The panel is well respected in the industry and their belief in the Fitzroy Yachts product is great for the company, and our employees. At the end of the day none of this would be possible without our dedicated team of people; they are the ones that design, engineer, and build these incredible yachts”.