Following the launch of two new superyachts at Columbus Yachts on 16th May of which the hydrodynamics, engineering and exterior design were completed by Hydro Tec, the Italian brand has announced that 2015 will see three more Hydro Tec designed superyacht launches this year. Totalling five launches, the announcement is reflective upon the state of the economic recovery following the financial crisis, indicating a positive outlook for the near future. 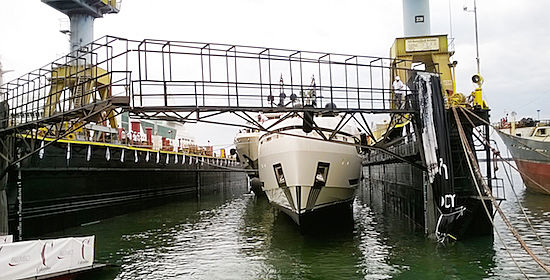 Launched in Naples earlier this month was the second hull of a 40 metre superyacht, as well as a highly confidential 57 metre yacht. A sistership of the 40 metre was presented in 2013 and has won several awards for both interior and exterior design as well as for her low environmental impact due to the hybrid propulsion system and hydrodynamic characteristics.

Scheduled to take place before the summer season will be three more launches bearing the Hydro Tec signature - the Darwin 107’, the Darwin 102’ and Darwin 86’. The three superyachts are currently under construction at the facilities of Italian shipyard Cantiere delle Marche, and will have interiors designed by Studio Design PFA. 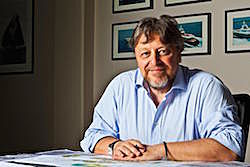 Hydro Tec is also currently working with Cantiere delle Marche on the second unit of the Darwin 102’, as well as the naval architecture and engineering for the Nauta Air 108’ and the upcoming Nauta Air 111’. Clearly a busy period for Hydro Tec, they have also started the exterior design and naval architecture of a brand new M40 Explorer for Mondo Marine.

Marking the occasion of their 20th anniversary in July this year, a brand new website and commemorative brochure will be released.