Johnson Yachts has launched the 34-metre Johnson 112 in Kaohsiung, Taiwan - the shipyard's largest model to date. 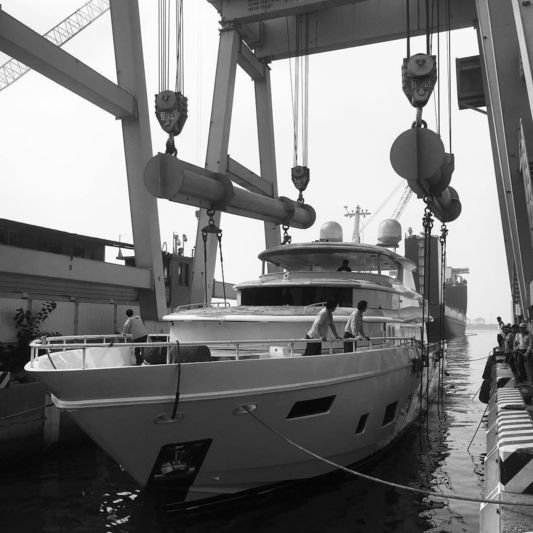 Following her launch, the 34-metre superyacht will now undergo sea trials and is expected to be delivered in January next year.

The Johnson 112 was built from a GRP hull and superstructure and sold to an American client in May this year. Her naval architecture was completed in-house, and she features exterior design from the British design studio, Dixon Yacht Design.

On board, she accommodates up to 12 guests across six staterooms, comprising a main deck master suite, a VIP suite, a double cabin and two twin rooms. A crew of four is also accommodated for on board. 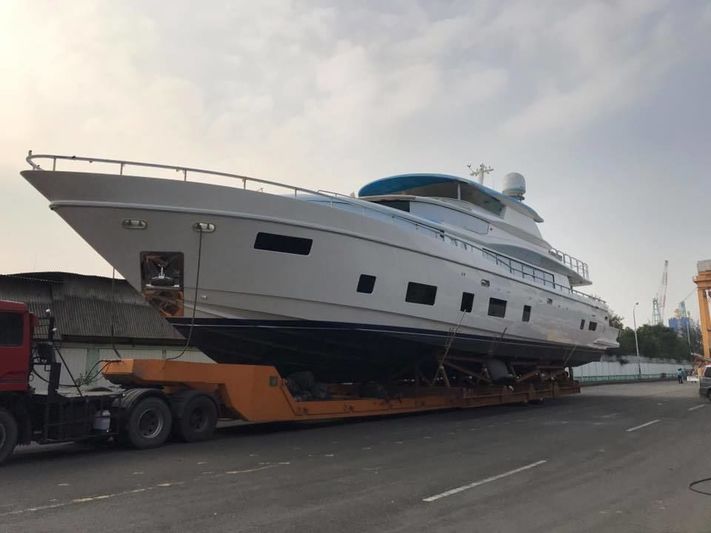 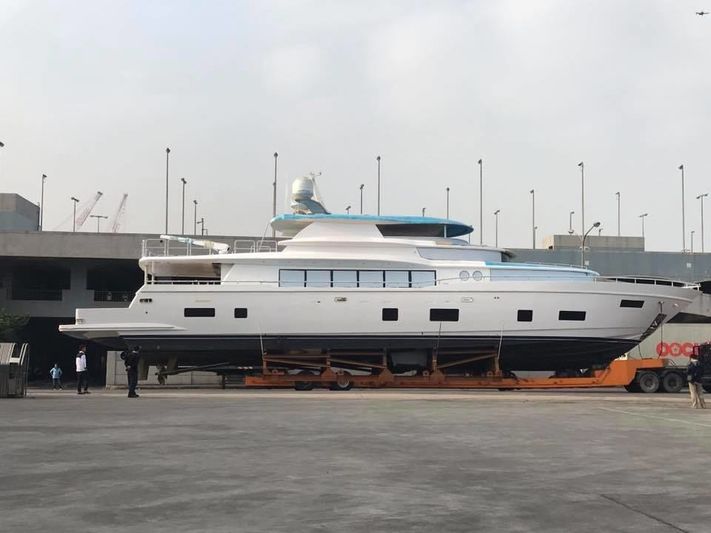 Powered by twin 1,925hp Caterpillar diesel engines, she has a top speed of 23 knots.  With a 7.2-metre beam and a maximum draught of only 1.86 metres, Johnson 112 is suited to shallow cruising.

Upcoming, the Taiwanese shipyard has plans for a tri-deck Johnson 115 in the pipeline, as well as a new Johnson 70 skylounge yacht.