Following the start of the Oyster World Rally from Antigua in early January, the fleet has been enjoying over a month’s cruising in the Leeward Islands of the Caribbean before meeting up in Panama for a rendezvous on the 15th February. A fleet of 26 Oyster yachts have now navigated through the Panama Canal into the Pacific Ocean. 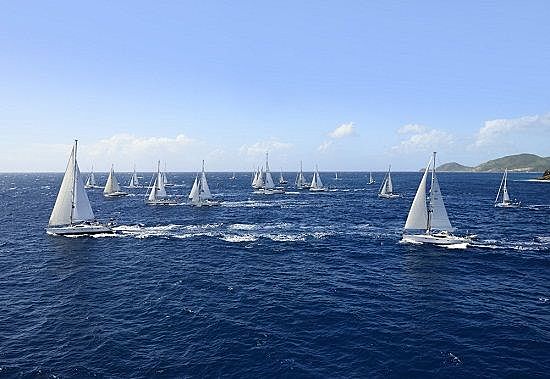 For 25 years, Paul and Sue Fletcher have dreamt of casting off their lines and sailing around the world and Dreams come True is a very apt name for their Oyster 56. As part of the Oyster World Rally, over the next 14 months, Paul and Sue, with the help of their four children, hope to fulfil their cherished ambition. Paul describes their wonderful experience in the San Blas islands of Panama which are an archipelago comprising approximately 378 islands and cays, of which only 49 are inhabited. They lie off the north coast of Panama, east of the Panama Canal and are home to the Kuna Indians.

“The weather conditions have been fantastic, blue skies, plenty of sunshine and a good breeze. We only used fuel to get on an anchorage or to charge batteries, the rest of the time has all been under sail.” Smiled Paul Fletcher.

“The San Blas Islands were incredible, they are called the hidden gems of the Caribbean and they easily lived up to their reputation. The islands are stunningly beautiful and there are so many superb anchorages. We visited several islands and the Kuna Indians were extremely friendly and very happy to sell lobster to us at a good price. Probably the standout memory from San Blas was meeting up with two other yachts on the rally - Babe and Wolfhound. We took about half a dozen lobsters ashore to a sea shanty restaurant and had a terrific lunch followed by a game of beach cricket. I will never forget that view, it was simply fantastic.” 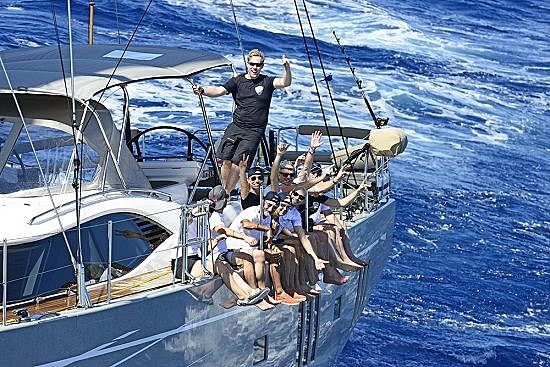 Every yacht taking part in the Oyster World Rally is fitted with a SSB Radio and a radio net was organised with a daily ‘call-in’ schedule. Oyster World Rally Event Manager, Debbie Johnson reports that the fleet have really bonded during their weeks together in the Caribbean: “The radio network has been used really well, people have dropped in and out but everyone has loved it and being very positive about how it is a useful way of sharing information. Also from a social point of view, the radio net was used as a way of getting together, especially around The San Blas Islands and Cartagena.”

The Oyster World Rally rendezvous in Panama was held at Shelter Bay Marina. After a guided tour of the World Heritage site, Fort San Lorenzo marking the Caribbean entrance to the canal, Oyster owners and their guests enjoyed a drinks party followed by a Ceviche Bar. The party continued into the night with a traditional Panamanian barbeque, including a slow-cooked whole roast hog.

“After a few drinks, the whole party put together a great sing-along, with a few impromptu verses about fun in the Caribbean, which I have to say was absolutely hysterical!" Laughed Debbie Johnson.

"Shelter Bay could not have been more helpful or worked any harder, they gave Oyster outstanding service. We had a fantastic party but even before that our host put on special themed nights each evening and everybody was made to feel really welcome. There are a lot of youngsters and we held a barbeque one night just for them, there must have been over 30 guests who really enjoyed meeting up with people of their own age".

"It has been great to get together in Panama and hear about all of the stories and fantastic places everybody has been visiting in the Caribbean. I can really see how the fleet has connected now that they have so much in common".

“The shopping in Panama City is just incredible, kilometres of shops, better than I have seen in Europe and there has been quite a lot of retail therapy going on! Also some of the girls have organised spa days and there has been plenty of stocking up for The Galapagos Islands.”

Debbie Johnson reports that the complex task of organising 26 yachts through the Panama Canal went effortlessly: “It was an amazing experience but I have never worked as hard in my life as the past few weeks, it was an incredible project." Commented Debbie. “We have been planning the rally for two years and a considerable amount of time went into getting the logistics in place for a safe passage through the Panama Canal".

"It took 4 days to get all of the Oyster fleet through but it has all gone so smoothly. We had planned for delays and unexpected problems but it all went so well that we were two days ahead of schedule. Everybody has been so accommodating and getting everyone through to the Pacific has gone like clockwork".

“Your lifestyle totally changes when you are making a trip like this and it was so rewarding to see that everybody is really enjoying the Oyster World Rally.”