Setzer Yacht Architects has revealed their latest designs for a superyacht series ahead of the Fort Lauderdale International Boat Show (FLIBS), which kicks off in a few days time. Consisting of 42, 50 and 62 metre vessels, the Vestal Series yachts have been designed in partnership with Admiral to target the needs and desires of North and South American clients and will be easy to operate and charter, with large side decks and staircases maintained to assist with crew flow and guest entertainment. 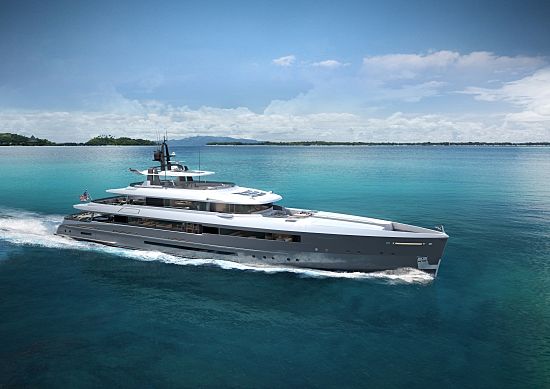 Whilst further information regarding the smallest vessel in the series is yet to be released, we do know that the 62 metre design will be spread over four decks. Notable features include an infinity pool with swim-up bar on the aft deck, a dedicated owner’s level with private lounge and exterior deck area, and a fold out balcony from the main deck level. 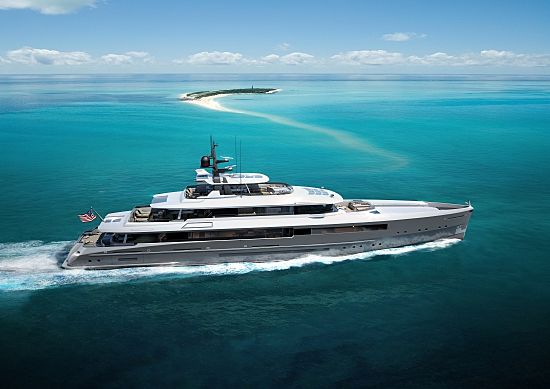 The 50 metre design will be built in steel and aluminium, and will see a focus on unobstructed views of the sea and sky, enhancing the guests experience on board. This will be achieved in several ways, including the integration of several skylights throughout the design including in the master stateroom, the pilothouse, in each aft deck overhang, and in the flybridge hardtop. She will be powered by twin CAT 3512 engines and will boast a top speed of 17 to 18 knots and a cruising speed of 13 to 15 knots.

Setzer Yacht Architects founder, Ward Setzer, comments, “After sharing our full concept portfolio with the Admiral team, a few designs in particular caught their attention as areas they’d like to further explore. There was immediate alignment in our shared desire to bring a contemporary but tasteful new look to the American large-yacht market.

“We’ve presented the preliminary sketches to a number of North and South American owners, captains, brokers and crew. The feedback has been positive and shown that the combination of American design with Italian craftsmanship is very intriguing to people.”

Setzer Yacht Architects intend to reveal the whole series in detail at FLIBS, which is hosted in Florida from 5th to the 9th November.