Nearing its launch day in Finland is one of Baltic Yachts’ most ambitious projects to date; the 43.3-metre foiling superyacht Canova. With the innovative new Dynamic Stability System (DSS) in place, the shipyard spent the past week fitting the yacht’s keel assembly ahead of its launch this spring. 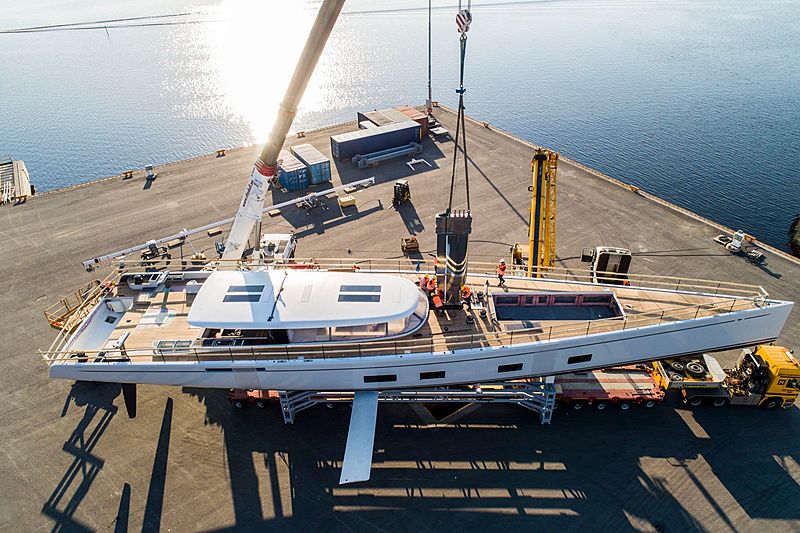 One of the most impressive features on board will no doubt be the 9-metre-long moving foil that is mounted athwartships at the maximum beam mark. Known as the DSS, the technology has proved highly effective in smaller vessels but Baltic Yachts will be the first superyacht builder to incorporate this technology into a vessel of this size. 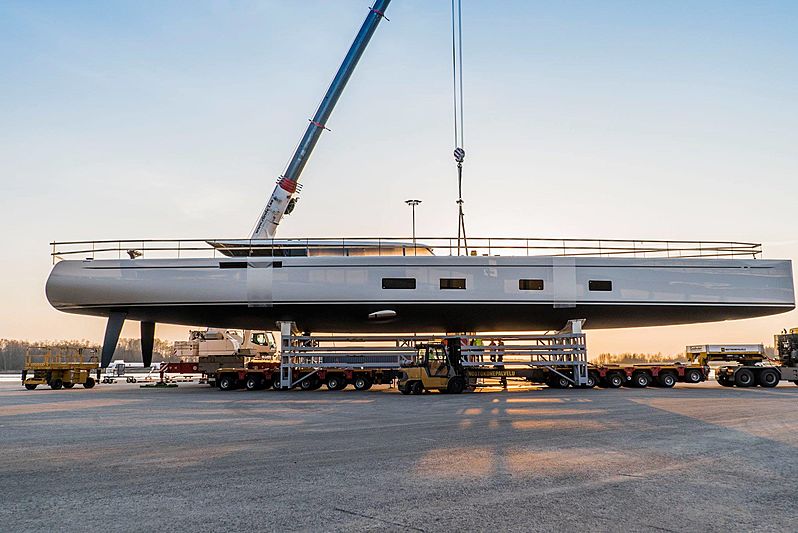 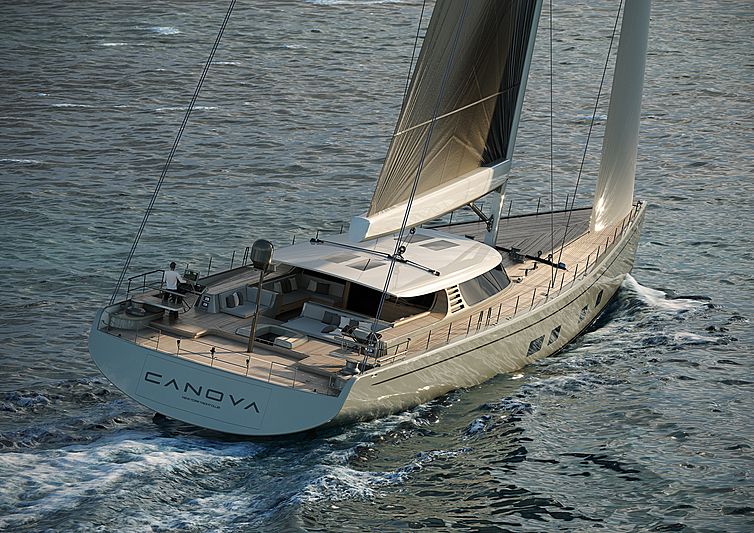 The purpose of the foil, developed by Infiniti Yachts, is to provide added stability at higher speeds when deployed. The vessel itself is designed by Farr Yacht Design in partnership with Gurit for comfortable long-distance cruising. When deployed to leeward, the foil will not only dampen pitch movements but also increase speed, much like the latest America’s Cup racing fleet. 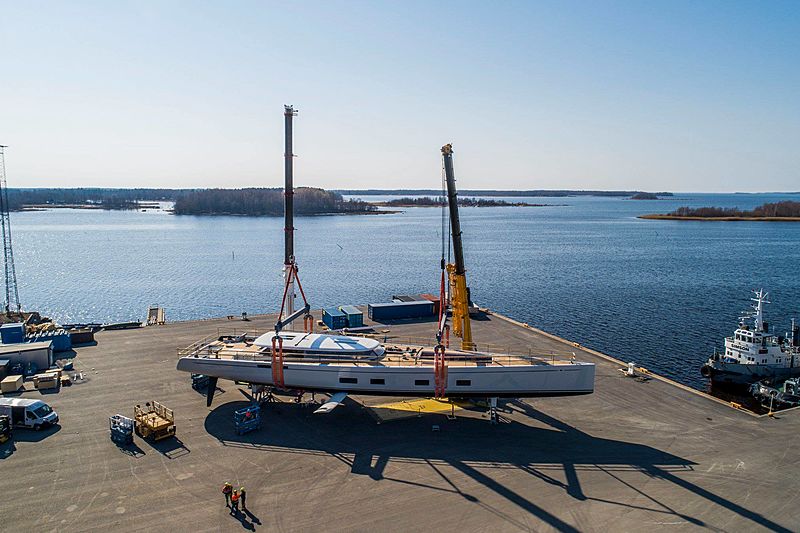 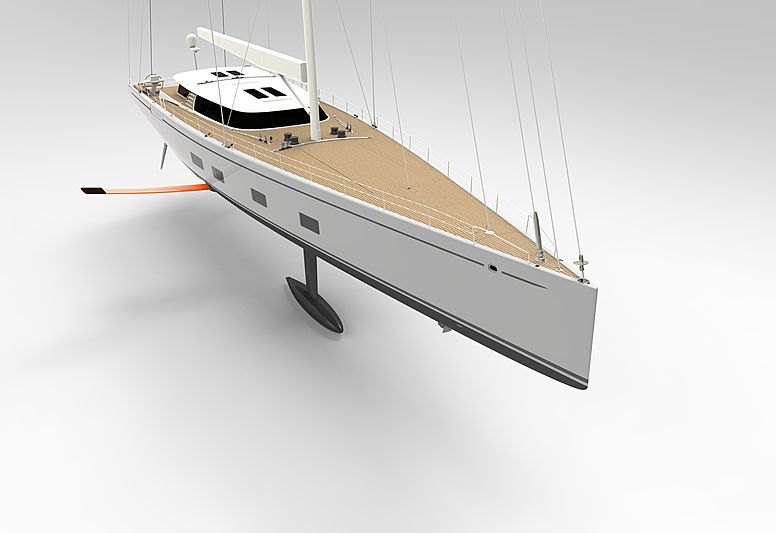 In addition to this ground-breaking implementation, the Baltic 142 will also be fitted with a new diesel-electric drive system that promises to be far more efficient, smaller in size and emitting less noise and vibrations than conventional motors. The general concept involves a permanent magnet motor connected to the propeller shaft. The high power output requires the system to be water cooled to operate efficiently. 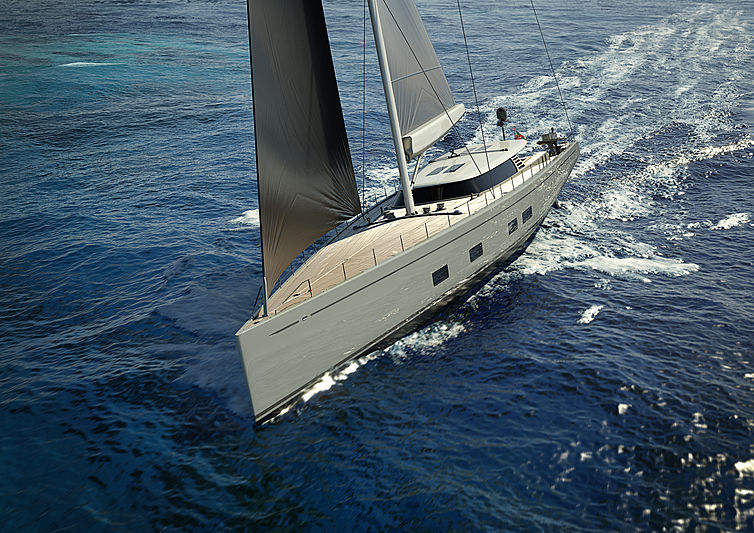 It is predicted that the yacht could reach a maximum speed of 25 knots in flat water in 25 knots of wind. Powered by twin generators and Lithium-ion battery bank, Canova can run for long periods of time in ‘quiet’ ship mode.