Home > News > Formula continues to focus on improvement with restructure

Formula Yacht Spars Ltd, one of Europe’s fastest growing mast builders has restructured its business to allow it to better service its clients and increase efficiency.

Following an extensive review, Formula Yacht Spars has split its manufacturing sites into clearly defined operating units, separating Carbon and Aluminium sites and allowing the company to better utilise the key core competencies of its design teams and production staff. 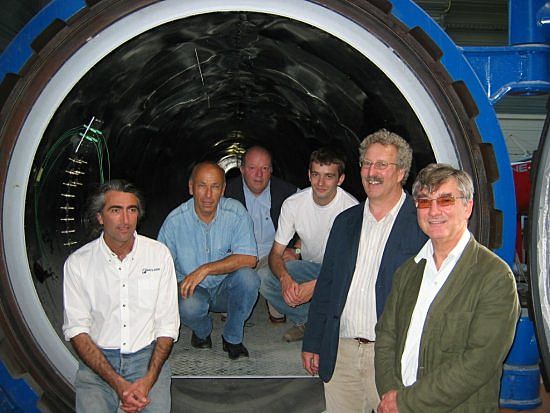 Carbon Solutions
A review of the current market has resulted in the creation of a new custom mast production facility in Lymington, UK. At this facility, the highly skilled team will concentrate on producing carbon spars for Superyachts, which include America’s Cup, Volvo, Open 60 and other high end specialised sectors. This move to one location capitalises on the work carried out in these areas for the Ericsson Sailing Team’s last Volvo Race as well as both Team Shosholoza, the South African America’s Cup Challenge and United Team Internet Germany, the German America’s Cup Team; a 34m Dubois Superyacht called La Cattiva (ex Taramber) and the forthcoming Rogers designed Open 60 Artemis II.

All additional carbon work will be produced in the new and rapidly growing Formula France facility based just outside Montpellier, where a 32 metre autoclave has recently been installed – one of the largest in Southern Europe outside the aerospace industry. As a result of this significant investment, Formula France has recently won contracts for the Mills43, which has started production, as well as the new production Ker 39 (delivery late July this year), Ker 52 mast packages (delivery late 2007 and early 2008) and a French Open 60 projects (delivery mid 2007 and early 2008).

Aluminium Solutions
Formula’s growing aluminium mast business is supported by two manufacturing facilities based in Burnham-on-Crouch, UK and a new facility (the acquisition of which is currently nearing completion) in mainland Europe. The highly skilled and experienced Burnham facility has over the last three years seen great investment and development under the ownership of Formula and has recently shipped spars for Bushido, a 33m Paolo Scanu design Superyacht and also for Pilar Rossi, a 64m schooner for ex F1 champion Nelson Piquet. The European factory is preparing to build spar packages for Anastasia a 31m and a 45m Dijkstra & Partners design, both for delivery in 2007. This purpose built mast making facility is capable of shipping 58m in one piece thanks to the easy access to well established distribution networks.

Not just Product
Formula continues to develop its growth strategy within its defined markets and continues to invest in the infrastructure and skills to meet the ever increasing demand for bespoke solutions required by its customers. It has also developed its ability to offer the customer packaged solutions rather than just discrete product by investing in its management, design and project skills; making Formula a perfect choice for not only the superyacht/high end racing project but also the smaller production requirement.