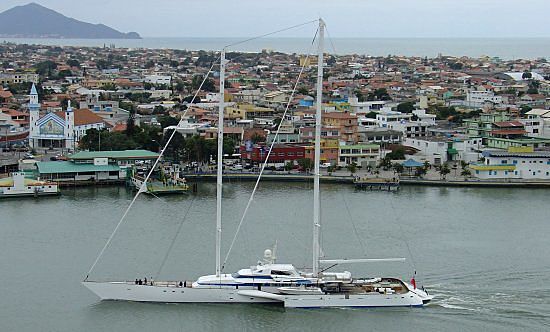 Completed in Italy, the yacht started life as a luxury 33 metre yacht that offered plenty of space for the race driver’s family, as well as the luxury expected by a motor racing legend. However, never one to stand still, Nelson, under the guidance of his uncle and Naval Architect, Mauricio Piquet, soon decided to change the vessel into a sailing super yacht by adding two masts, outriggers for stability, and extending the overall length of the model to 64 metres.

To achieve the sailing rig, Lymington based Formula Yacht Spars project managed the entire process of masts, rigging, sails and controls, together with the complex technical support needed to get the yacht sailing.

The yacht has now been launched and test sailed by the Formula team in Brazil and has already completed its first transatlantic passage to Sardinia. 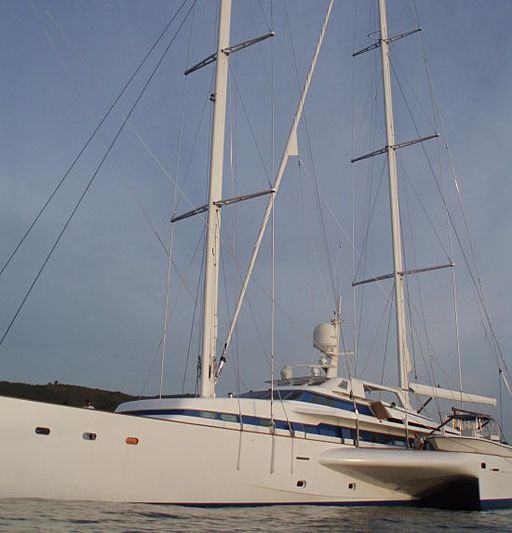 Technical Director, Jon Morris, commented, “This was a complex undertaking, to turn a large motoryacht into a working sailboat. At 64 metres she is a substantial yacht, for which we built the schooner rigs at our Burnham aluminium spar facility and arranged for the supply of other elements such as sails and rigging. They were the biggest rigs the Brazilian yard had lifted into place but all went well and the yacht has successfully sailed the Atlantic. We look forward to seeing her in the Mediterranean where we are certain she will attract considerable interest.”