It’s first renovation in over 50 years since opening it’s doors, Pier 66 Marina in Fort Lauderdale has announced that phase one of the two-phase, $20 million renovation project is complete. Phase one covers a section of more than half a mile of new parallel dockage along the Mercedes River and Marion Canal. 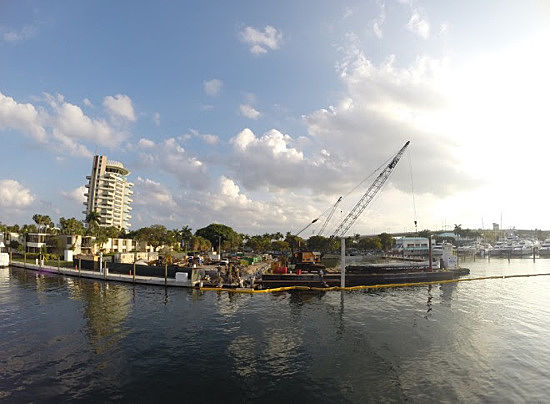 Upgrades to the marina include new bulkheads by Shoreline Foundation and Eco Building Solutions and a new Marinetek floating dock system. The entire electrical infrastructure will be replaced with new power distribution, new dock pedestals and electrical capacity to include 480 volt 400-600 amp, three-phase power able to meet the needs of superyachts. A new Dockmaster's office and captain's/crew clubroom will also be added.

The new marina layout will accommodate 16 superyachts up to 45.72 metres, an increase of six from the prior design. The marina also has the deep-water capacity to accept yachts in excess of 90 metres.

Kevin Quirk, Vice President of Marinas for LXR Luxury Marina, who operate the marina, states, “with the new layout and upgrades, we can now host three times more large yachts than before, which also benefits the local businesses that provide services to these vessels."

The project is scheduled to be completed in October 2014. The marina will serve as one of the host locations of this years Fort Lauderdale International Boat Show.