If there is such a thing as a typical yacht builder, Alexei Mikhailov is not one of them. Born in Magadan on the Sea of Okhotsk in northeast Siberia between the Kamchatka Peninsula and Japan, the entrepreneur founder and president of Bering Yachts has a PhD in hydrogeology  — “Nothing to do with boats, but something to do with water!” — and has worked in a variety of fields from scientific research and land reclamation to trading in livestock and commercial fishing. He set up Bering Yachts in 2007 to build semi-custom explorer yachts in steel and aluminium, originally in China and then in Turkey. 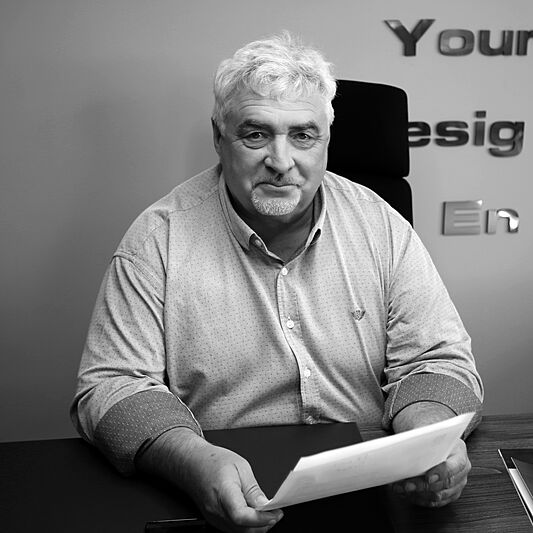 Photo: Bering YachtsTo date, the brand has worked quietly under the radar serving a hardcore niche of owners looking for compact yet capable explorers, but recently it has enjoyed a boom in popularity: last year it signed four new contracts and has eight yachts currently in build. We caught up with Alexei Mikhailov as he was preparing to launch the first 23.5-metre Bering 77.

Let’s start by asking, how did you become a yacht builder in the first place?

In 2005 I was working in China on a joint business venture and I was in the market for a new trawler-style boat. The idea of being able to go further, see more and be self-sufficient had always appealed to me. Yacht building in China had just started, so I decided to set up a company and build my own. I chose to call the business Bering Yachts because the Bering Straits between Russia and Alaska are not far from my home town. Construction started on a 55-foot [16.7-metre], all-steel vessel in Foshan in Guangdong province in 2007, and it was launched two years later. I took it to the US where it was sold and started on another, which was sold to a Russian client. It was pretty much a one-man show in those days. I did all the layouts, technical specs and purchasing myself, but I still use the same Russian naval architect for the hull lines. I ended up building six boats in China. 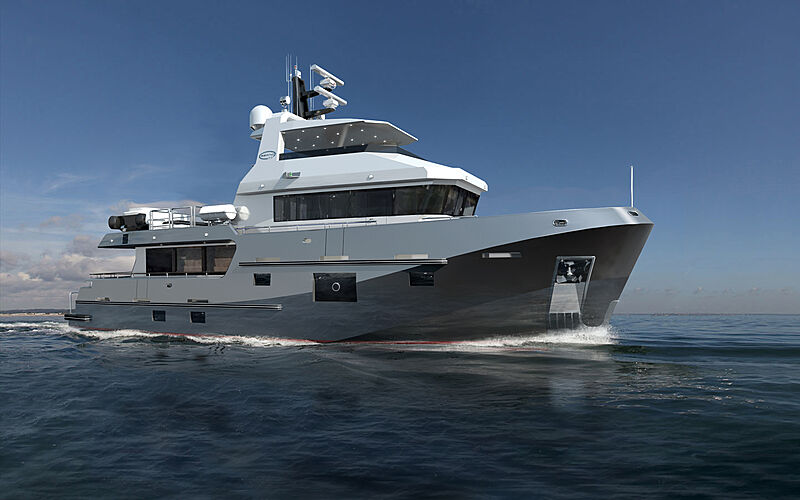 You’ve always built in steel and aluminium. Why not fibreglass?

Fibreglass is fine for a fast planing boat, but in my opinion, a real explorer yacht should have a steel hull. I once owned a steel boat that I had converted from a platform supply vessel; it wasn’t a yacht exactly, but it was the start of the boating bug for me. Later I co-owned a fleet of steel fishing boats operating in the Sea of Okhotsk. That gave me respect for the sea. The king crab and halibut season is in the autumn or winter, so it’s always close to freezing and usually stormy, like something out of Deadliest Catch! Then when I was living in the US, I had a fibreglass sport fishing boat that went up in flames, which planted a fear of fire at sea in me. I was on board with my wife and it was a devastating experience. You can’t do anything with burning plastic once a fire takes hold; all the firefighters could do was try to control the flames until it burned down to the waterline. Even the aluminium tuna tower melted. No, in terms of safety and seaworthiness, it has to be steel. 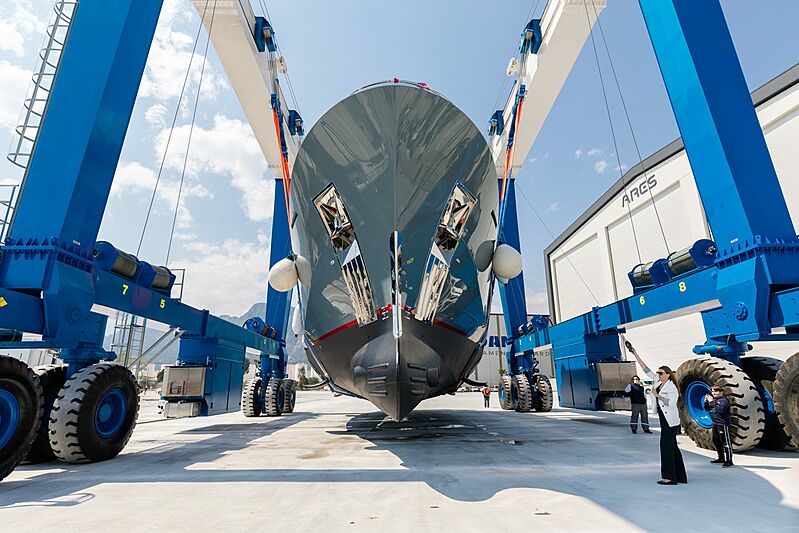 What prompted the decision to move your operations to Turkey?

It’s very difficult to own a shipyard in China so you’re always working with third parties. Chinese companies seemed to be less accustomed to yacht building and that meant micro-managing throughout the construction process. This makes it hard to improve from boat to boat and I came to realise that the last two yachts we launched were as good as they were going to get. Turkey wasn’t part of a grand plan, but the more I started looking into it the more I liked it. Doing business is straightforward here, especially in the Antalya Free Zone where the land and infrastructures are funded by the state but I own the business. All the main equipment manufacturers have reps in Turkey, there’s a pool of skilled labour and it’s a pretty westernised environment, so it works on all fronts. 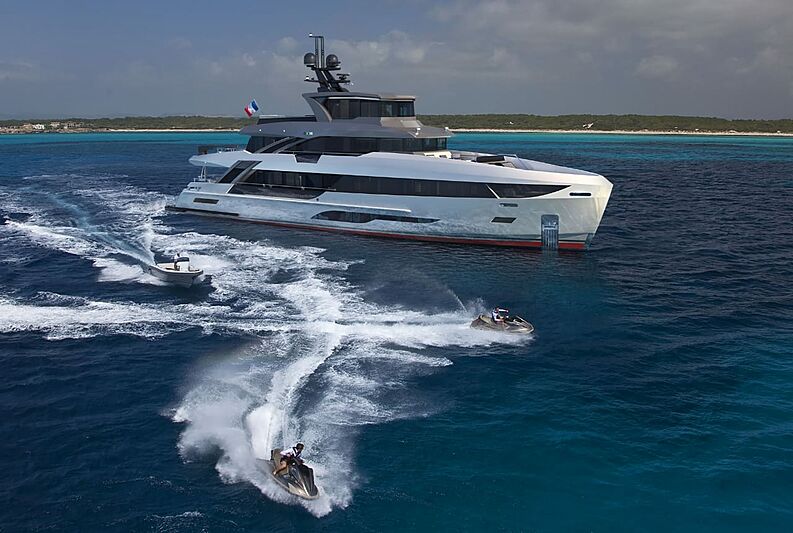 Photo: Bering YachtsHow has your product developed over the years?

It’s an unwritten rule for both owners and shipyards that we always move up in size! Our current range is from 50 to 145 feet [15.24-metres to 44.2-metres], but the way we design and build them is the same way we always have. Everything is based on safety, comfort and seaworthiness, which means a low centre of gravity or metacentric height (GM). Our yachts generally have a GM of between 0.8 metres and 1.2 metres. Combined with the heavy displacement that might be as much as 40 per cent more than comparable yachts, this ensures a slow, natural roll motion. It also means they can right themselves from a heeling angle of up-to 90 degrees. The displacement is heavier because we use 10mm steel plates for the hull to deflect floating logs or ice, and skegs to protect the props. I also believe in doing as much as possible under one roof to ensure cost-effective, repeatable quality. So the naval architecture, exterior styling, interior design, electrical and mechanical engineering, and so on, is all done in-house. 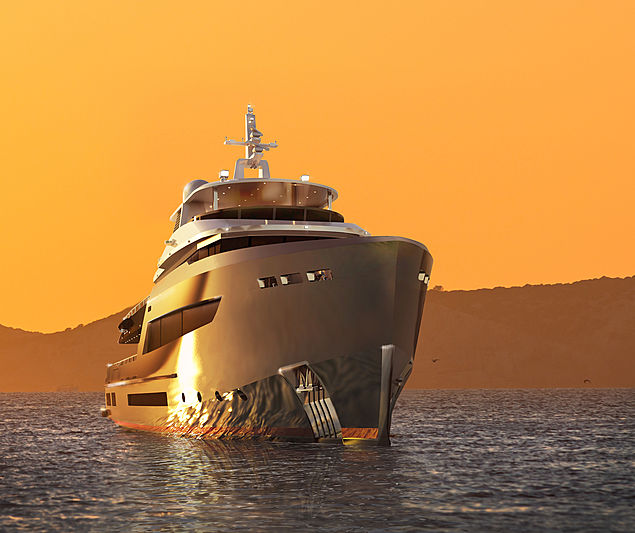 You sold four yachts last year and have eight projects in build at the moment. How do you account for this increase in activity?

It’s true our sales are up and this year we’re splashing four hulls from 77 to 92 feet [23.5-metres to 28-metres] after a two-year period when we didn’t launch anything. There are various reasons for this. The pre-owned market is depleted and more clients are considering new builds, which is all part of a natural cycle and in a few years it will shift in the other direction. Another reason is that explorers are trendy right now and although there are a lot of yachts out there that may look like explorers, most of them are pure styling over substance. The last reason is Covid-19. During the pandemic our clients have reappraised their priorities; they want to make the most of life, they want exclusivity, and they want to stay away from the crowds. An explorer yacht is the ideal vehicle to meet these needs. But in another sense Covid-19 is slowing us down because of  travel restrictions. We have three clients in the US, for example, who are waiting for their vaccinations before they can come and visit the shipyard. 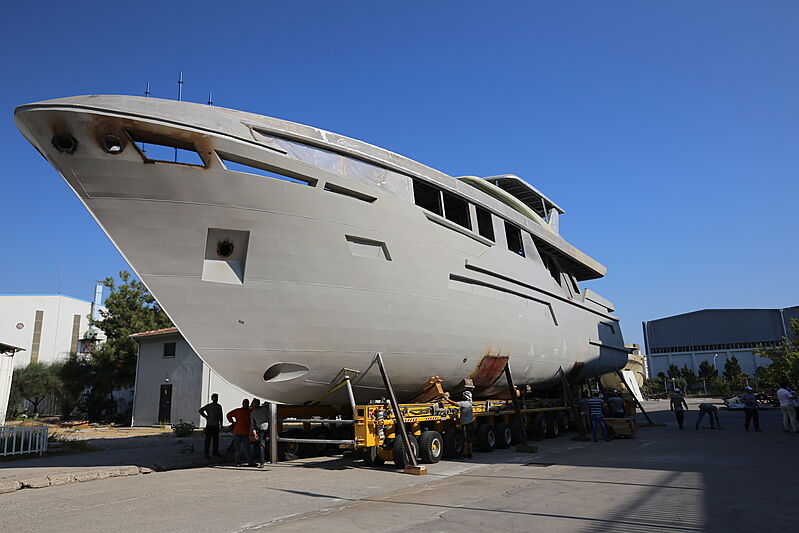 Photo: Bering YachtsWould you consider building on spec and can you build bigger?

We only build to order with a deposit in the bank and that’s a rule we don’t deviate from because we don’t build pre-fabricated hulls like some other shipyards. With regard to the second part of the question, until now we have been limited not so much by space as by the launching facilities. We have a slipway for up to 500 tonnes and a couple of times we’ve been working at the limit. But the company that manages the Free Zone is making a lot of investments and in April we will have a new 500-tonne travel lift and by the summer a 2,000-tonne hydraulic platform that can be lowered into the water, which means we could potentially build up to around 75 metres. 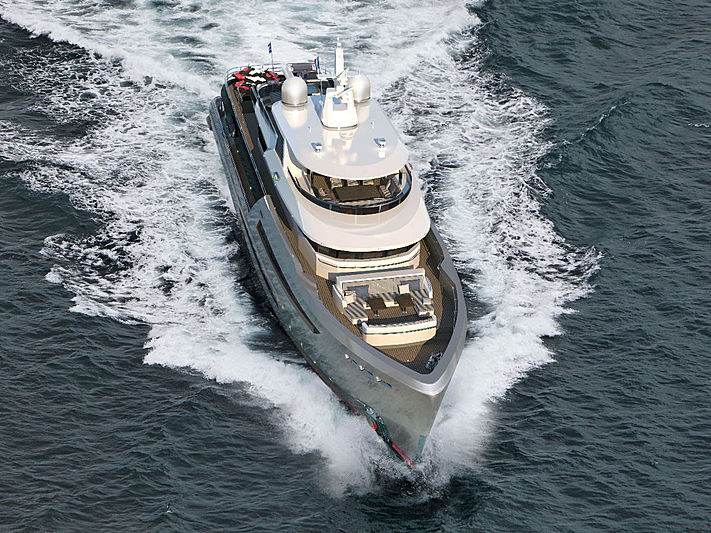 Photo: Bering YachtsDo you have a yacht of your own?

Well, we have a 73-foot demo boat for client sea trials that I use, which is not quite the same as having my own yacht. But I live in hope that one day I’ll have the time to take off on a long trip like my clients. My ideal boat would be under 24 metres. You can have everything you need on that size – not that anyone needs a yacht – and bigger doesn’t necessarily mean better.