Four Aces
Four Aces is a steel full displacement motoryacht built by Benetti in 2005 and refit in 2008. 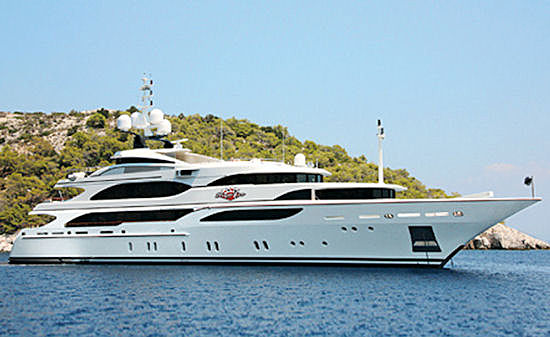 Complete with an extensive selection of water toys including a 33' Intrepid tender, Four Aces is a great charter yacht with a range of 6,100 nm at 12 knots. Maximum speed of 17 knots, she is powered by twin Caterpillar 3512B engines producing 1,824hp each. Four Aces is equipped with Zero Speed stabilization by Quantum making her a very comfortable charter yacht.

Her interior is spacious and very comfortable. With a crew of 12, Four Aces sleeps 12 guests in 6 staterooms (2 Pullman, 4 King, 1 Queen, 2 Single).

Golden Compass
M/Y Golden Compass, is a steel displacement hull design and was built by Picchiotti in 1982 with a substantial refit of both the interior and exterior areas in mid 2009. She sleeps 12 guests in 6 staterooms. 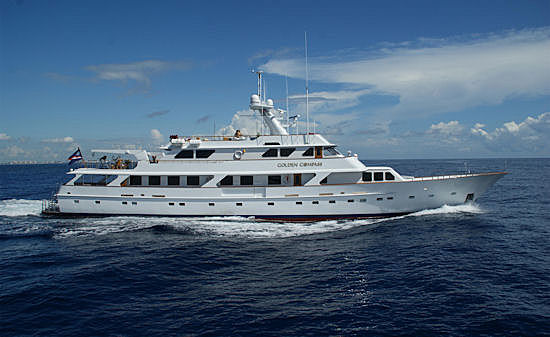 The twin Caterpillar D398 engines produce 900hp each allow her to attain a top speed of 13 knots and cruise at 10 knots with a range of 3,500 miles.