A full fleet of Swan yachts, an alluring playground and four days of intense racing: all hallmarks of the upcoming Rolex Swan Cup Caribbean. Commencing today, Monday 11 March, the event will be held over the next 5 days at the Yacht Club Costa Smeralda’s recently launched base on Virgin Gorda in the British Virgin Islands. 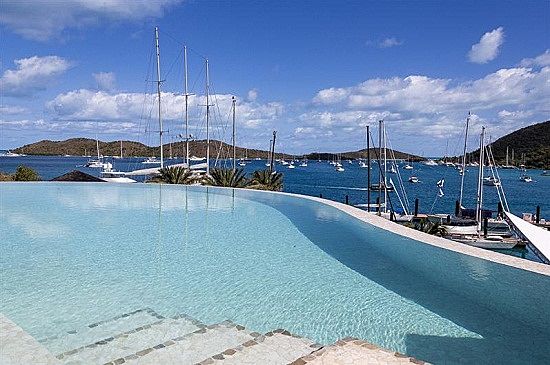 Swan yachts ranging from 12.98 metres (42 foot) to 30.20m (100 ft) and representing countries including Belgium, Italy, Finland, Germany, the Netherlands, South Africa, the United Kingdom and the United States make up the entry list. Competing Swans will be divided into two groups: Class A (Maxi), measuring upwards of 18.29m/60-ft; and, Class B, reserved for yachts measuring less than 18.29m. 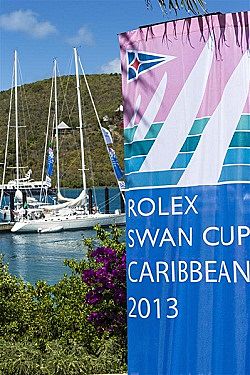 Registration took place yesterday, followed by the opening reception on the spectacular terrace of the Yacht Club Costa Smeralda.

Competition on the water starts today, Tuesday 12 March, and the round Virgin Gorda race is scheduled for Wednesday 13 March. Ideal sailing conditions are forecast.

A range of Swans will grace the event: from historic Sparkman & Stephens models including Hokusai (FIN), Lianda (BEL) and Swan Lake (USA) through to more modern designs from German Frers including the Swan 90 Freya (USA) which is also taking part and was the 2,000th yacht to be built by Nautor in Finland.

Other Class A entries include Varsovie, the largest competing yacht, the Swan 80 Selene and Stark Raving Mad a Swan 601, whose crew has enjoyed a successful last twelve months.

In Class B, the week’s smallest entrant – the Club Swan 42 Arethusa (USA) – is using the waters of the Caribbean to continue preparations for September’s New York Yacht Club Invitational Cup presented by Rolex.

Crews will need to marry sharp tactics and cohesive teamwork to prevail in a fleet renowned for sportsmanship and graceful sailing. The week’s standout performers will be rewarded at the final prizegiving, on Friday 15 March, where the Rolex Swan Cup Caribbean Trophy will be presented. 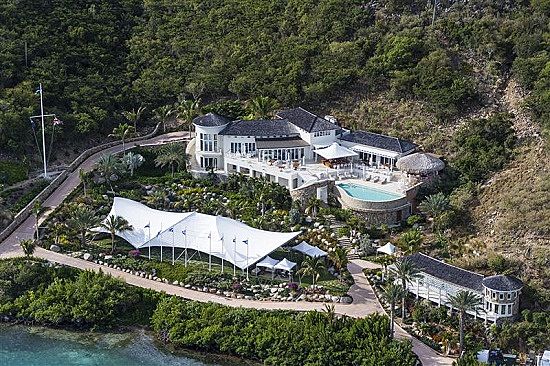 The eagerly anticipated event marks a continuation of the long-standing relationship between Nautor’s Swan, Rolex and the Yacht Club Costa Smeralda, which commenced in 1984 with the first edition of the now biennial Rolex Swan Cup in Porto Cervo, Sardinia.