Four of the largest yachts in the world are all on the move in the Middle East. Yesterday, we spotted the 180 metre Azzam and the 155 metre Al Said cruising side by side through the Suez Canal. We have not yet seen photos of them cruising together, but it must have been an impressive sight. Meanwhile, the 139 metre superyacht Al Salamah and 147 metre Topaz have both arrived in Jeddah.

It is interesting to see that Al Salamah has changed it flag to the flag of Bahrein. The yacht was offered for sale a couple of years ago, when at that time she was Saudi owned. A sale was never announced, but her new flag suggests that she could now be owned by someone from Bahrein, although this is not confirmed. 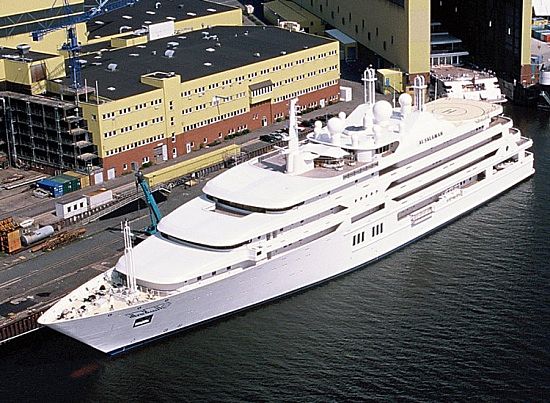 Al Salamah is currently docked next to a Royal Palace in Jeddah, in a private berth, whilst Topaz is docked in Jeddah's commercial port.

All four yachts were built by the German Lürssen shipyard.