After having recently been sold to an Asian client by Benetti Asia, it has been announced that the fourth unit in Benetti’s Mediterraneo 116 line will be based in Hong Kong following her maiden season in the Mediterranean. Construction plans estimates that BM004 will be ready for delivery in March 2019. 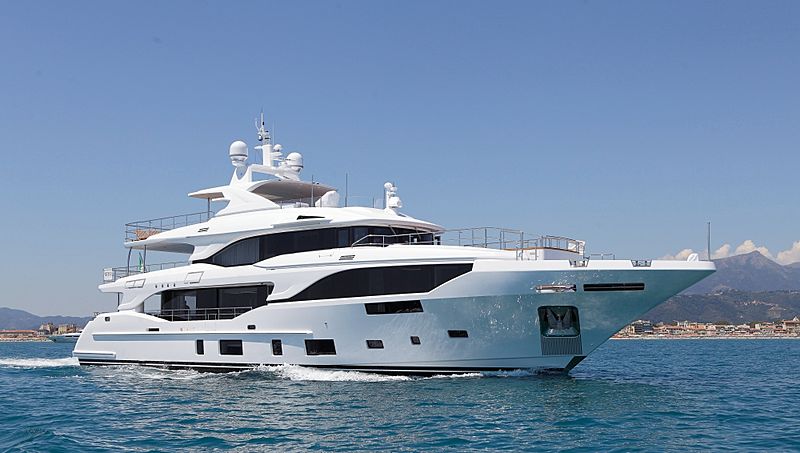 The owner is working on customising the interior of the yacht’s style, while designer Giorgio Cassetta is behind the flowing exterior of the vessel. Well laid out deck spaces make this 35.5-metre motor yacht a particularly spacious vessel with many usable areas inside and out.

“We are very excited with the commission of BM004 to be a new addition to our Asian fleet,” commented Christos Ramnialis, Benetti General Manager. “With the emerging popularity of superyachts in Asia, we are very confident to have n increased presence in this market.”

Two yachts already make up the Mediterraneo 116 line with hull number one, Oli, having been completed in 2016 and the second unit, Mr Loui, launched just last week.