Cantiere delle Marche (CdM) have announced that they have sold the fourth hull of the shipbuilder’s explorer yacht, Darwin 86. The sale was completed by Igor Cherentaev of Aberton Yachts. 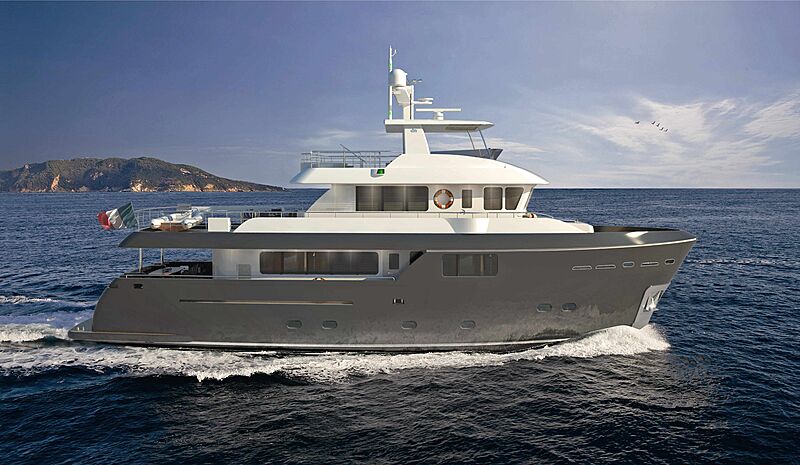 The 26.1-metre yacht features naval architecture and exterior design by Hydro Tec. The latest unit of the Darwin 86 has been customised to the needs of her owner who, “Was looking for a metal boat able to withstand the toughest weather conditions and with enough space to allow him to work as well as to continue his training routines”, according to CdM’s sales manager, Carlo Aquilanti. The resulting design is an explorer yacht, which is capable of sailing for long periods of time at high latitudes and is equipped with enhanced scantlings in the hull and rudders to cope with icy conditions. 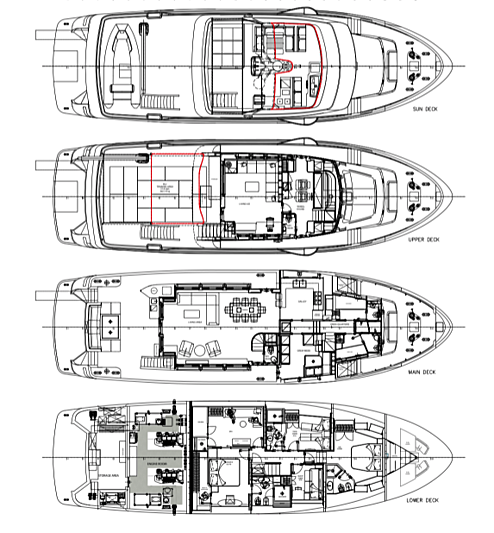 The interior of the 206 GT yacht can accommodate up-to eight guests across four staterooms situated on her lower deck. She can also accommodate a crew of four on the main deck. The yacht’s floors will be heated throughout.

Also to the requests of her owner, the Darwin 86 will feature a spa on the lower deck and a fourth pilot station on the sun deck. Her aft deck can be closed off so that the space can be utilised even in bitter temperatures. The Darwin 86 will be constructed with an aluminium hull and a steel aluminium superstructure.

The Darwin 86 is one of twelve yachts in CdM’s Darwin line, ranging from 26 to 34-metres currently in build or in operation. Vasco Buonpensiere, co-founder and Sales and Marketing Director at CdM comments, “We are very proud of the reputation we have earned over the years and the market reacts positively to our commercial offer with the new ranges – the Flexplorer and the RJ line – that are exceeding even our most optimistic expectations. As for the Darwins, we can safely say that they actually became a point of reference in the explorer vessel market.”