Overmarine has sold the fourth Mangusta Oceano 43 motor yacht, with Will Bagshaw from Edmiston representing the buyer in the deal. 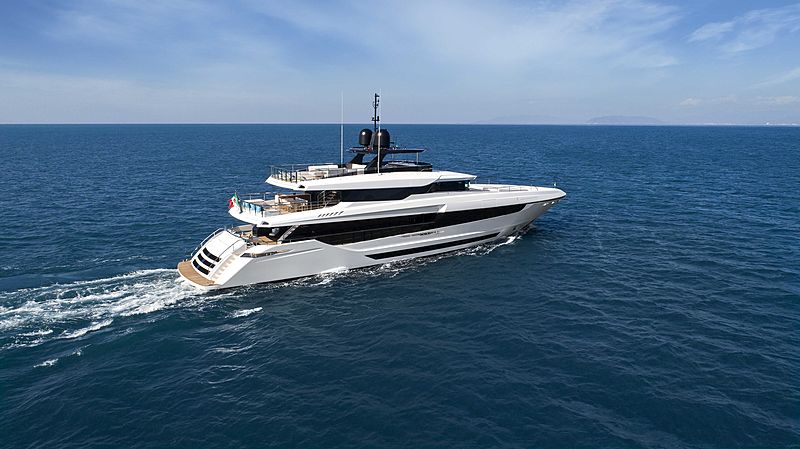 Photo: OvermarineCurrently in build and started on speculation, the 42.3-metre 450 GT tri-deck vessel features exterior and interior design by the Monaco-based studio, Alberto Mancini Yacht Design, with her naval architecture a collaborative effort between the shipyard and PierLuigi Ausonio Naval Architecture.

Standout features on board include a forward infinity pool with a waterfall and an aft beach club, and she also boasts numerous area for al-fresco dining.

On board, she accommodates up to 12 guests across five staterooms, as well as a crew of seven in four cabins.

Powered by two MTU 12V 2000 M72 1448hp diesel engines, the motor yacht has a maximum speed of 15 knots and a cruising speed of 11 knots, with a transatlantic range of almost 5,000 miles at cruising speed.