Baglietto have announced that the fourth unit of the DOM 133, which was started on speculation, has been sold. The sale of the third unit was concluded in mid-June. 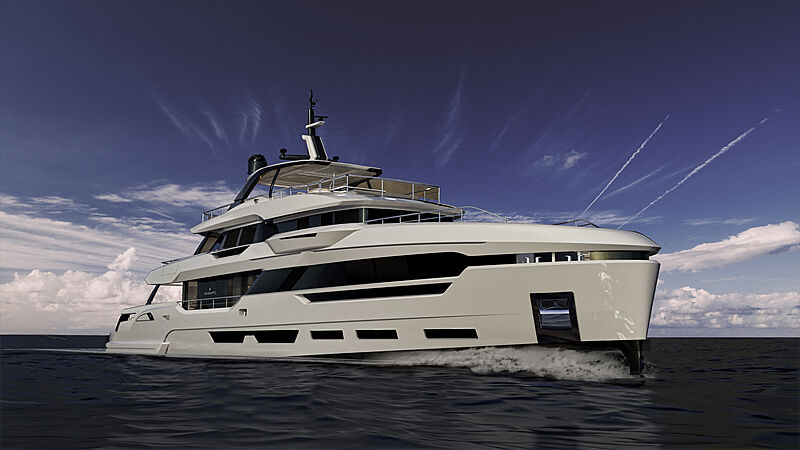 The 40.6-metre superyacht model has proven popular so far. Fabio Ermetto, CCO of Baglietto, says that the recent sales of multiple hulls is, “An unprecedented success – although, perhaps, not a surprising one, considering what it stems from: extraordinary volumes for a yacht of this size, modern and captivating lines, and a layout leaving no market needs unmet – all ‘ingredients’ that make the DOM 133 just the ideal cruiser.”

The all-aluminium superyacht DOM 133 was designed by Studio Vafiadis and features naval architecture from her builder, Baglietto. The yacht’s interior has been customised to meet the specific requests of her owner. 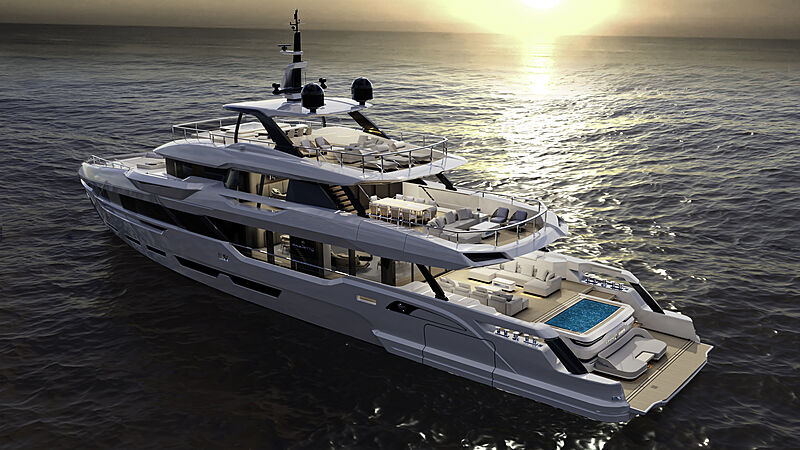 DOM 133, which derives her name from the Latin word for house, ‘domus’, incorporates multiple features which contribute to a ‘home away from home’ feel. A two-level beach club including an infinity pool, spacious aft deck, and panoramic windows which can be opened to become terraces, are among a few of her standout features. There is also the potential to install a lift on board. She can accommodate as many as 10 guests across her five staterooms, and is operated by a crew of nine.

Performance-wise, the 395 GT superyacht will sport twin Caterpillar C32 engines which provide her with a top speed of 17 knots and a range of 4,000 nautical miles.

The fourth unit of this model will be delivered to her owner in 2023. A fifth unit of the model has been started on speculation by Baglietto and will be ready for delivery in 2024.