Wally has today announced the sale and subsequent start of construction for hull #4 in the popular Wallycento series. She has been sold to an experienced racing yachtsman, who was reportedly impressed by the performance seen on the vessels predecessors; Galateia, Magic Carpet Cubed and Open Season. 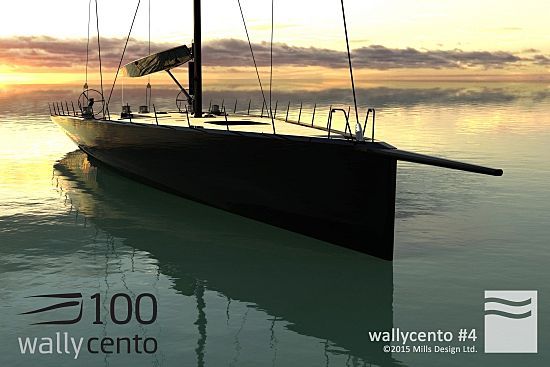 Measuring 30.48 metres, the fourth Wallycento box-ruled superyacht has been developed by Mark Mills of Mills Design, marking the third naval architect to collaborate on the series. Though her exterior and interior designers are yet to be confirmed, Wally President and Founder, Luca Bassani, explains the decision to work with Mills: “We suggested Mark to the client because I was impressed by the performance of the Maxi72 Alegre. Since the first meetings, we shared with him the same vision of the innovations that can be applied to this type of yachts like the cutting-edge deck layout that combines our flush-deck with bulwark introduced in 2006 with Esense, with the ramp deck of Alegre, perfectly reflecting the Wally DNA of improved functionality.” 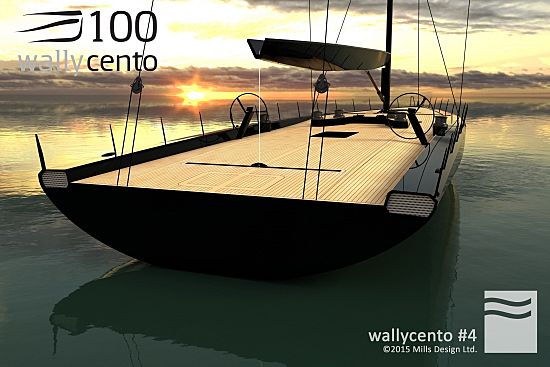 On board, she accommodates six guests, as well as a crew of up to four. She will boast a sail area of 640 square metres, and will have a top speed of 11 knots from a 300 hp engine. 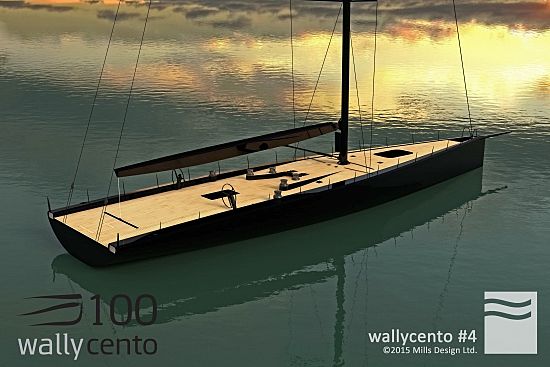 Bassani continues to talk of the success of the Wallycento range in the racing scene as well as the type of client the boats are attracting. He says, “Cruising in comfort at the speed of the fastest maxi racer and racing at the highest level of competition is the dream of every passionate yachtsman. Wallycento is the first and only superyacht making this dream come true. I am very happy to see owners who share my view of the development of the maxi racer-cruisers, building up a good wallycento fleet.”

The vessel is currently under construction at Persico Marine yard in Italy, and is expected to be delivered to her new owner in June 2017.