This weekend (on Saturday 21st September) Fraser Yachts entered a team in the inaugural Riviera Polo Cup, held at the Domaine de Pijaubert in Callian in the Var. Three matches were played throughout the gloriously sunny afternoon and early evening before a large crowd of around 200 spectators. The three teams were from Fraser Yachts, Scapa Sports and the Riviera Polo Club. 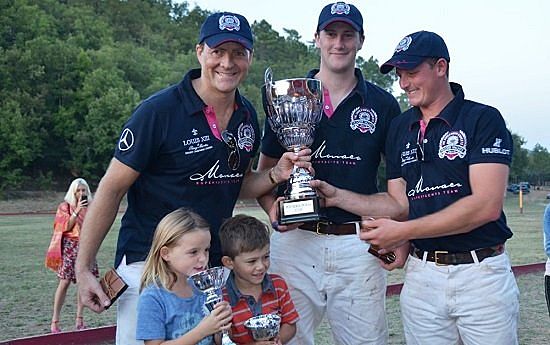 Fraser Yachts, led by Patrick Coote, Global Marketing Director, in the number one shirt, won both of their matches convincingly and were presented with the overall tournament trophy. The prize-giving was followed by a fantastic Argentinian “asado” (steak bbq) with music and dancing late into the night.

At the Monaco Yacht Show, Fraser Yachts will be unveiling their latest team polo shirt design which will be worn by the entire group of over 60 support staff.