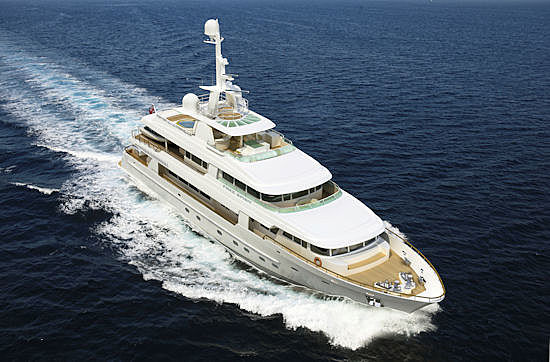 Designed by the renowned and multi-award winning, Pieter Beeldsnijder, in conjunction with the Owner, and with naval architecture by Vripack, Free Spirit is a one-of-a-kind custom construction which has extended the boundaries of what is possible in a sub-45m yacht. From the Private Owner’s Deck (a unique feature on a yacht of this size), to the ‘Crow’s Nest’ guest area, from the bulbous bow for increased hull efficiency to the half-a-million-euro communications and entertainment systems, there is no part of Free Spirit which has not been meticulously conceived. 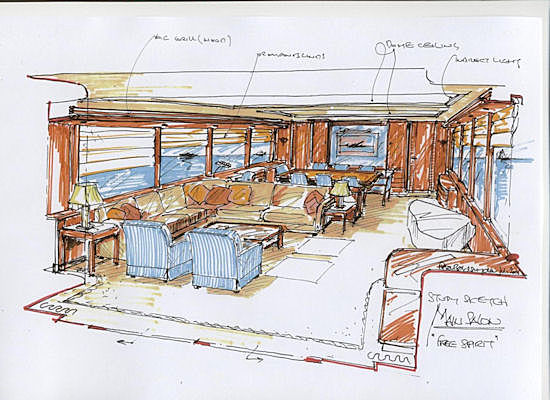 “This is a yacht designed for the Owner like no other yacht of its size,” the Owner explains. “I asked lots of people where the best part of the yacht is and most told me…where the Bridge is. So that’s where we’ve put the Owner’s Cabin.”

And it is an Owner’s cabin designed for space, the very best views and complete privacy. A terrace goes right the way round the cabin which is also entirely private – this is a feature only usually seen on yachts of 60m or above. And for even further privacy, most of the windows and sliding doors throughout the yacht are dimmable. 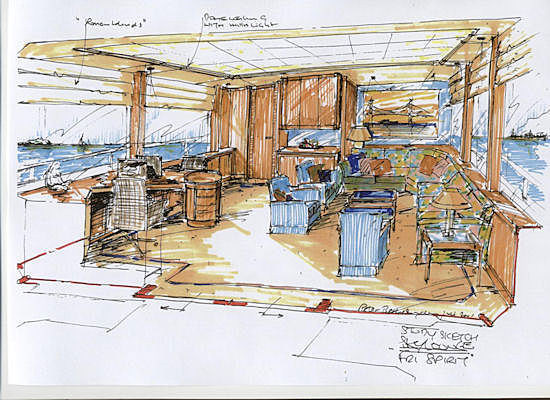 “The Sundeck is probably the second most important place onboard,” the Owner goes on to say. “It is a great space with lots of separate areas for sitting, sunbathing, and generally relaxing. It also has an enormous whirlpool with a BBQ area and separate bar.”

Free Spirit also gives one of the largest volumes on the market today for a yacht of its size – an impressive 500 Gross Tonnes. The yacht has 5 cabins, an advanced specification including Naiad Zero Speed stabilisers and a range of 3,500 nm plus a host of toys and other extras. 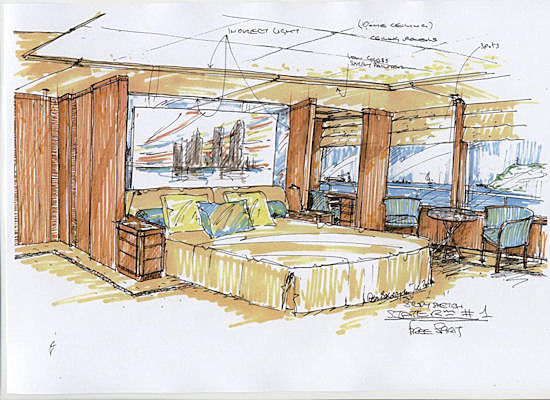 Free Spirit is due for delivery in February 2010 and is now on offer at: Euro 25,800,000 Also available: what is widely regarded as one of the best 40m berths anywhere in the South of France based in La Rague.