The Friends of NZ Marine programme launched earlier this year by New Zealand Marine Industry Association (NZ Marine) to harness the collective global goodwill for New Zealand’s marine sector has steadily gained momentum with a number of industry luminaries such as award-winning designers Ed Dubois and Ron Holland among those endorsing the networking programme.

With membership now numbering in the hundreds, Friends of NZ Marine links the many New Zealanders and New Zealand-centric people working in the marine industry around the world through a simple online networking system. NZ Marine then shares news and updates from the New Zealand marine sector with this influential group, aiming to encourage the sharing of referrals for new projects and opportunities back to NZ Marine member companies.

“There are hundreds of New Zealanders closely involved in marine industries around the world, as is clearly evident with the 2013 America’s Cup which sees New Zealanders contributing design, boat-building, wing and component manufacturing, support vessels and even virtual animation to this year’s regatta,” says Peter Busfield, executive director of NZ Marine. 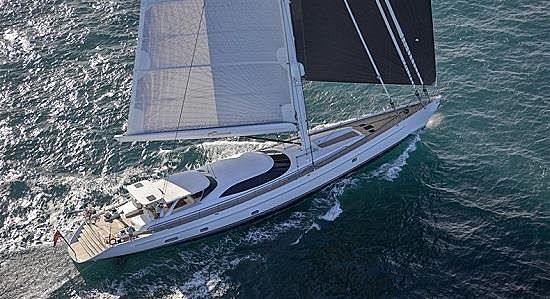 Ed Dubois, founder of Dubois Naval Architects, believes the phenomenal success of the New Zealand marine industry is due to the country’s marine heritage.

“New Zealanders have a complete awareness of the sea and its power, an ability to build anything because of the country’s isolation, and the necessity over its whole history to be independent,” says Dubois. “It is a combination of these things which has allowed the culture for New Zealand to develop into one of the best boat building centres in the world. When I first dealt with Alloy Yachts, for example in 1999, there were some 25-30 people there. They now employ around 350 people – at one point, I think up to 400 people – and they have emerged as one of the very foremost superyacht builders in the world".

“In short, New Zealand’s marine industry has been a phenomenon and I am fortunate enough to have had many of my designs built there. We have actually built 37 Dubois designs in New Zealand and I believe that the aggregate value is now in excess of €1 billion.”

In a similar vein, expat Kiwi Ron Holland, the famed naval architect and designer of racing and superyachts, is passionate about the abilities of the New Zealand marine sector. Now living in Canada, Holland wholeheartedly endorses the Friends of NZ Marine concept.

“Wherever you are in the world – superyachts, racing or the commercial marine sector – you’d be hard pressed not to know a New Zealander or two in among the action,” says Holland. “As Friends of NZ Marine we have an opportunity to assist the talented people at home who strive to sell their skills and innovation on the world market.”