Home > News > Galeocerdo and Kogo together in Mexico 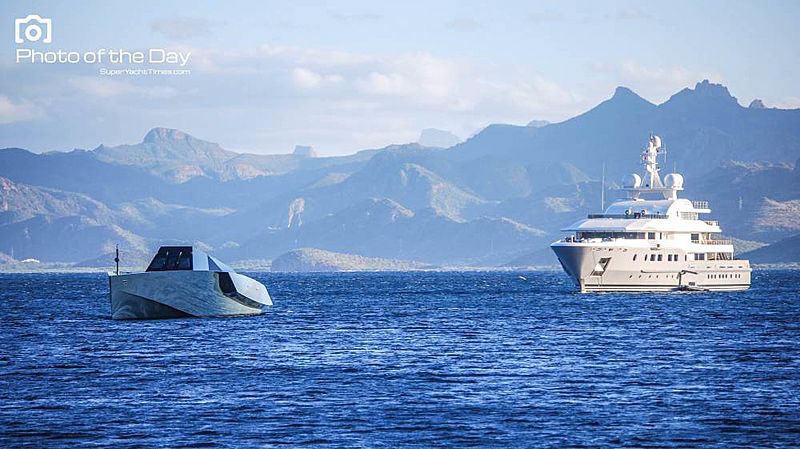 One of the most well-known cruising-buddy yachts in the global fleet has got to be the ultra fast Wally motor yacht Galeocerdo and her French mothership, Kogo. The two has been spotted cruising and anchored side by side all over the world over the past few years and it would seem there is no separating the two. Galeocerdo is Wally Yachts’ one-off custom speedster and was built as Wallypower in 2003 when she stunned the industry with her futuristic and and aggressive exterior. Her exhilarating top speed of 65 knots makes her one of the fastest yachts ever built. In contrast, her mothership was built for steady and long ocean passages with a cruising range of 7,000 nm. Kogo was built in 2006 by Alstom in France to a design by Tim Heywood with and interior by Terence Disdale.