A showcase of the refined elegance which distinguishes Dubois-designed yachts was on display at the Yacht Club Costa Smeralda (YCCS) from June 6-8 during the Dubois Cup 2009, an exclusive rally of racing superyachts designed by Dubois Naval Architects. The sheer dimensions of the yachts drew crowds of onlookers to the Porto Cervo Marina where they were treated to six examples (of which only four competed) ranging from 36-52 metres long and with masts of up to 63 metres high. 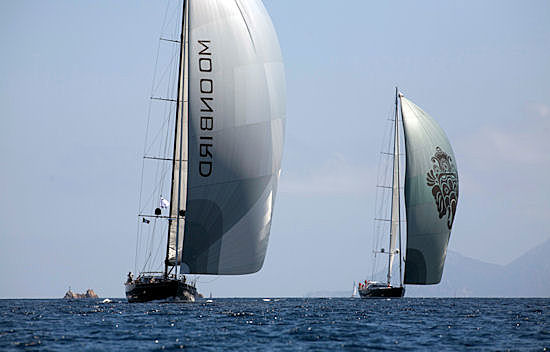 On day one of racing, the YCCS Race Committee, led by America’s Cup race officer Peter Reggio, set a course which took advantage of the steady 15-knot westerly breeze to send the four competing yachts from Porto Cervo upwind through the strait between Capo Ferro and the Isola della Bisce before rounding the Secca Tre Monti rock and heading north to Monaci island. The quartet then embarked on a long southward leg, passing in front of Porto Cervo, much to the appreciation of spectators ashore, before rounding the tiny islet of Mortoriotto and heading for the finish line positioned in the Gulf of Pevero. After completing the 25 mile course, the 37 metre sloop Moonbird (CAY) claimed victory on corrected time while real-time victory went to Lang Walker’s Kokomo (AUS) which dropped to third behind the 39 metre fast cruising sloop Ganesha (MAL) on handicap.

Accompanied by five to seven knots of westerly breeze over the 16-mile course on day two, the Dubois yachts raced south of Porto Cervo to the islands of Mortoriotto and Mortorio before returning north to the finish off the Gulf of Pevero. Adding a first-place finish on corrected time, Ganesha claimed the Dubois Cup 2009. She was followed in the overall classification by Moonbird and Kokomo who took the real-time victory on day two before slipping to third on handicap. 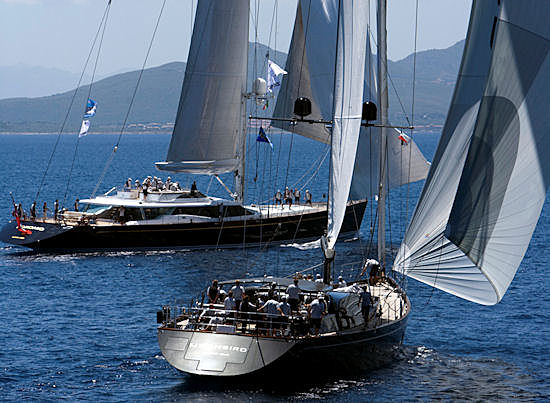 “The second Dubois Cup was held in 2009 at the Yacht Club Costa Smeralda, probably the best yacht club in the world,” commented designer Ed Dubois at the close of the event. “We’ve enjoyed beautiful weather, perfect organization and a wonderful family atmosphere. It has been the perfect backdrop really for the charity we are supporting. I look forward to seeing everyone back in the same venue for 2011.”